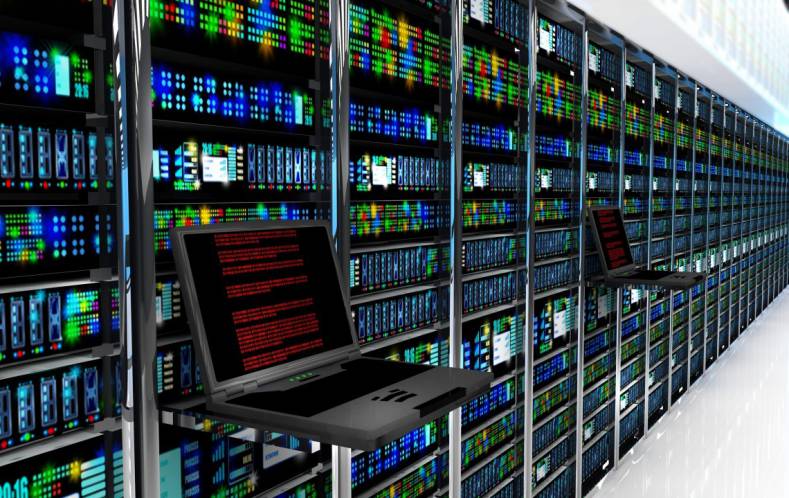 Could this be your next rack room?

In the distance—is that water, an island or an IP mirage?

Media professionals are seldom fooled by vendor ploys. After all, “Show me” usually works. If the shiny object won’t work in an exhibitor’s booth, it sure won’t work in a facility. After attending many years of press conferences, I’ve learned to be skeptical about vendor claims. Perhaps it is because I live next to Missouri, known as the “Show me state.”

Vendors sometimes announce new products or technology as all things to all applications. Recall the many 3D new products highlighted at 2010 NAB? Discounting that 3D quickly died, how many of those early demonstrations were little more than software under the table? A wizard behind the curtain.

Some 2010 NAB exhibitors mistakenly believed the television industry was eager to climb aboard the much hyped 3D bandwagon launched by the CES industry at the previous January's consumer electronics show. It turned out that media professionals were less than excited about supporting a technology with absolutely no path to financial payback nor an audience eager to experience the service.

IP is radically new way of operating and eventually will be common place. But, if all one did was read press releases, show banners and listen to IBC and NAB booth presentations, you might think IP nirvana is here, live and a proven solution. IP solutions are easier to use, less expensive, they last longer bla, bla, bla and besides you need it!

Today’s marketing for IP reminds me of an early TV advertisement for a device, which also claimed to be the answer to a problem. It was promoted as an almost magical solution to every cook’s most boring task—cutting vegetables.

The solution was called the Popeil Veg O Matic. I still can hear the inventor’s son, Ron Popeil, promoting the kitchen gadget, saying, “It slices! It dices.” The company must have sold a million Veg O Matics, representing perhaps one of the most successful examples of direct-to-home sales over television. 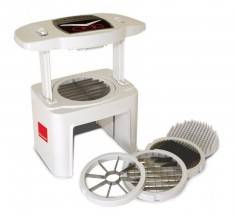 The 1963 Veg O Matic was a successful example of a solution looking for a problem.

A similar siren’s song now is being sung by some technology companies in their their effort to promote IP as an immediate solution to most video applications.

With as that background, I am sensing an unusually heavy “push” on the part of some vendors to drive the purchase of IP solutions and to be seen as major players in this space. At the same time, I see a much lighter “pull” on the part of customers for this technology. Today's SDI solutions work well and could continue to do so for many years. Sure the 2020 Olympics are predicted to be entirely IP-centric, but unless you are involved in such a high profile event, why should that drive you to fork-lift your facility to IP?

I won't even address the issues of IP standards. That is a subject for entirely different editorial.

One on the largest players in the IP space is Cisco. Here is what that company says about broadcast and media infrastructures and IP.

“Technological change is forcing broadcast, media and entertainment production professionals to take a new approach to how they deploy applications and infrastructure. Past transitions from black-and-white to color and from standard definition to high definition took place over years, allowing broadcasters ample time to evolve from one form of infrastructure to another. By contrast, today’s move from high definition to 4K/UHD, as well as future moves to 8K and HDR/wide gamut, will take place at a much more rapid pace. Broadcasters need a new approach to building essential production applications, networks and storage systems. This new infrastructure will have to be easy to expand and upgrade, as well as extremely cost-effective to deploy. In short, it will need to be based on Internet Protocol (IP).”

The Need for a New Approach to Broadcast Production, Cisco white paper.

Note the promotional language “…easy to expand and upgrade, cost-effective…” Now, add the call for immediate deployment, the pressure to buy now, “…today’s move from high definition to 4K/UHD, as well as future moves to 8K and HDR/wide gamut, will take place at a much more rapid pace, (than SD to HD).”

This push comes from a Goliath in IP infrastructure, Cisco, maker of enterprise networking equipment and software.

But not everyone is echoing a "full-speed ahead" viewpoint. The most recent Devoncroff Big Broadcast Survey asked a broad swath of media professionals how soon they planned to adopt virtualized environments.

The graph below summarizes what media and broadcast professionals think about the transition to virtualization environments. It indicates the build-out of IP-based virtualized facilities will take much longer than some vendors might have us believe. Bottom line, this transition will not be rapid.

Even though some vendors strongly push for IP solutions, many in the television and media space think the transition will take years to complete. Source: Devoncroff Big Broadcast Survey. Click to enlarge.

I am not criticizing Cisco’s (or any other vendor’s) business position because what many are saying will eventually come true. Media networks will someday be IP centric. But the equally pertinent question to the technical manager at a television station or video facility might be, “When will it be available at a price I can afford?”

Wait for the sale

HD broadcast cameras first entered the marketplace in the late 1980’s. At the time, HD cameras were really a solution looking for a problem to solve. Broadcast facilities were years from becoming HD.

But in order to have a product to sell, some camera makers promoted their cameras as being “HD up-gradeable”. This meant a customer could buy an SD camera (lower cost) now and upgrade to HD later.

Did that approach work?

Camera vendors tell me that did not happen because less expensive and better camera processing soon developed making upgrades expensive, or simply not available, for both vendor and customer.

A similar sell case was made for routers. Buy an SD router now and upgrade to HD capability later by replacing the I/O cards. It was not an elegant solution.

Manufacturers have less desire to sell you an upgrade if they can sell you something new. Nothing wrong with that.

An engineer way smarter than me once said, “I don’t want serial number one.” His motto was wait for version two or later. The product will be more mature, provide better performance and probably cost less.

A similar "steady as she goes" type approach is suggested by other broadcast and video manufacturers.

Here is what long-time broadcast and video equipment manufacturer, Snell Advanced Media's CEO, Tim Thorsteinson said when interviewed for Devoncroft's IBC 2016 Show Report. “So while there are several high-profile early adopters and a tremendous number of proof of concepts in the market right now, the broader market transition to  next-generation technology architecture is going to take a long, long time.”

No need to panic

The bottom line is that this industry’s manufacturers will provide solid, reliable and cost-effective IP solutions. While some facilities will be able to afford serial number one versions, not everyone needs to line up like it is a new Apple iPhone 7 sale.

My experience has always been that panic buying is hazardous to one’s financial health. If you need IP solutions today, a variety of products are available. Despite all the claims about the death of SDI, you might be able to retire before ever having to install that virtualized IP-centric solution.