Vodafone Kabel Deutschland hopes to unleash the revenue potential of its VoD catalogue by speeding up search and fulfilment.

Vodafone Kabel Deutschland has streamlined its VoD service in a bid to boost sales and improve the experience for its subscribers. As Germany’s largest cable operator, Vodafone faces intense competition from Sky Deutschland, Liberty Global and Deutsche Telekom and has been under pressure both to reduce costs and boost revenues from its VoD catalogue. Having cut costs in various ways including 600 voluntary staff redundancies, the operator is now confident it has the platform to exploit its extensive VoD catalogue library to the full.

The idea was that success in VoD is not just about the content, which Vodafone had plenty of anyway, but the ease with which customers can find material compelling enough to purchase and then conduct the transaction in as few steps as possible. There is plenty of evidence of a direct correlation between both the effort in locating content and the time taken to fulfil transactions, quite independent of what is in the actual catalogue.

With this in mind, Vodafone sought a partner to help restructure its whole VoD system, with the goal of integrating with existing infrastructure and working with legacy Set Top Boxes (STBs) as far as possible, given the cost constraints. The operator decided to go local and work with German systems integrator and provider of bespoke software for TV and video services 3 Screen Solutions (3SS).

3SS was chosen not just for being based in the same country, which made it easier to have the right people on hand at every stage of the project, but also because the company had experience of similar challenges with other Tier 1 operators, including Swisscom and Liberty Global’s German cable operator UnityMedia. The ability to integrate the new bespoke VoD software with Vodafone’s existing middleware spanning legacy STBs from various providers including Technicolor, Sagemcom, Humax and Samsung, was also crucial since these are used by 1.7 million subscribers. 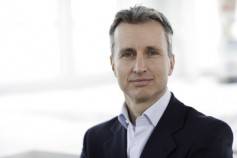 Viewers can now discover and purchase VoD content much faster, according to Hagen Bossert, head of the Vodafone Kabel Deutschland Select Video team.

Indeed it was important that all users would benefit from the reduction in effort needed to make a purchase once a particular title had been chosen. This has been achieved with just three steps now required rather than the original seven to conduct the transaction, with discovery time also cut for all users, according to Hagen Bossert, head of the Vodafone Kabel Deutschland Select Video team. “Select Video now operates faster and more smoothly than ever, and viewers can discover, purchase and enjoy content in a fraction of the time,” said Bossert.

However to enjoy the full functionality of the new front end application that 3SS has written in JavaScript for HTML pages, users will need STBs upgraded with firmware, enabling them to exploit the UI within Vodafone’s enhanced Select Video service. This will bring more imagery and greater scope for cross-selling and up-selling content through subtler recommendations.

One key aspect of the service which also drew on 3SS’s past experience was the need to integrate differing content rights smoothly within the service in a way which is totally transparent to users. Vodafone has a variety of rights agreements with content owners and broadcasters, including Germany’s RTL Group and ProSiebenSat.1. As Kai-Christian Borchers, 3SS managing director explained in an earlier article, one fundamental reason why truly immersive and harmonious multiscreen experiences drawing on multiple sources are elusive is that rights restrictions attached to content are either unclear or difficult for the service provider to execute swiftly. This prevents many service providers from harnessing the full commercial potential of their premium content. Borchers proposed ‘smart’ management of metadata through software as the solution to untangle all the rights within a coherent VoD service.

One unique aspect of the Vodafone project from 3SS’s point of view was the requirement to work with the operator’s test laboratory in Romania, which uses the open source Selenium automation testing framework. Of course all such software development and integration projects rely on extensive testing but Vodafone imposes its own rigorous procedures at its test laboratory within Selenium, which are designed to minimize the risk of failures after deployment and ensure that the experience is optimum from the start. Under Selenium, successive versions of the software are subject to regression testing during each stage of development to ensure the system stays on track, avoiding unpleasant surprises when final field testing takes place at the end. This may slow down the project and impose costs at the development stage, but this tends to be less expensive than having to make major changes late on in the cycle, or even more so after deployment when there is also the customer satisfaction angle to consider.

One benefit of Selenium is that many of the regression tests are standardized and so can be automated to reduce costs and save time. It also includes so called “smoke” tests, which essentially assess each emerging version of the software for basic and relatively generic functions such as whether it opens the correct window on the screen at the right time, but which if wrong can cause more serious problems down the line which may not be so easy to identify and fix then. Such bugs are much better fixed as soon as possible after the code has been written.

With the help of 3SS Vodafone should become much more competitive but it still remains to be seen whether it can wrest momentum from Sky in particular, which has also invested heavily in its VoD service.