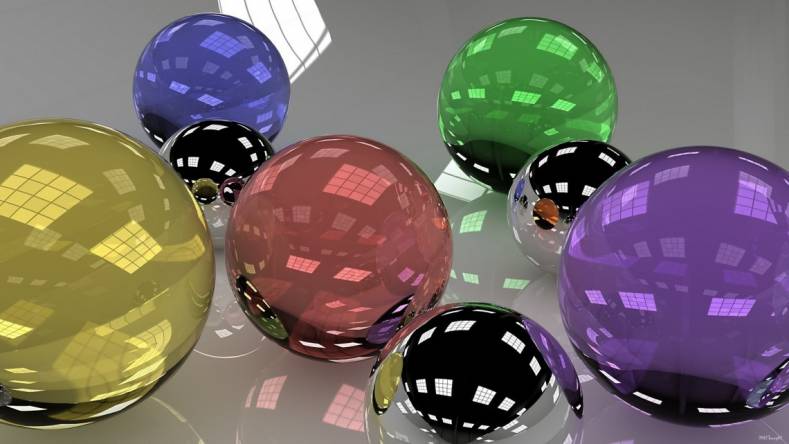 Don't be distracted by the shiny objects displayed at CES.  New challenges to the dominant broadcast field may require a 'soft' solution.

This year’s CES event focused on televisions, specifically 4K televisions. Yes, there were plenty of other technology demos, especially for the automotive and IoT industries, but the TV set market remains huge at this show.

One reason TV sets are so important is that the set-maker industry has trained the consumer to replace their TV sets on an average of every 3.5 years. To keep that cycle going, the set makers constantly need new “shiny objects” to wave in front of potential buyers.

Five years ago the shiny object was 3D. It infamously died shortly thereafter. This year the shiny object was 4K television with a hint of High Dynamic Range (HDR) sets to come. These new technologies require broadcasters and Content Delivery Networks (CDNs) to upgrade their own systems just to keep up.

Show me the money

So who is making money delivering content? This graphic shows that in 2000 broadcast advertising was king, online advertising was growing nicely and the DVD business was healthy. Times were pretty good. Now hold that thought while we examine what has happened since 2000. 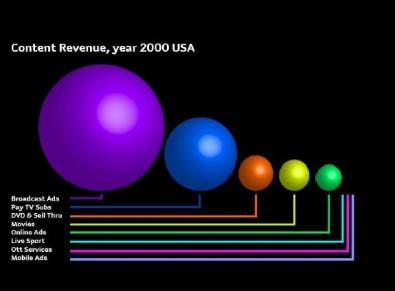 Recently, Irdeto sponsored a research project focused on the future of the TV industry, content protection and delivery technology. The result was a white paper, “The Future TV Landscape Implications for content security”, written by Rethink Technology Research. The paper is available from Irdeto at the link and represents core background and resource for this article.

OTA broadcasters used to have it easy. When I first entered television, the joke was, “Our manager only works half days. The other half is spent on the golf course.”

While that may have been true then, today’s broadcasters face challenges both from new competitors (OTT, streaming, PPV, gaming) and the need for new technology (IP, ATSC 3.0, spectrum). Let’s consider how they might affect the traditional (OTA) broadcaster.

The largest disruptor in the TV market over the last ten years has been the gradual shift from OTA to broadband. At my home, I have the choice of four broadband suppliers. I no longer use an outside antenna, instead choosing to have one media feed into my home. If it’s not on cable or broadband, I don’t get it-and don’t care. So much for re-trans.

The Rethink report suggests that going forward will be even more disruptive.  The report says the solutions will be cellular, Wi-Fi or LTE broadcast. One could easily disagree given broadcaster’s entrenchment. But what about that little bump in the road called the spectrum auction? It has yet to be completed and reports say some broadcasters are already opting out. Look out, confusion ahead.

Supporting the Rethink report, Swisscom last week joined a handful of companies that announced a product architecture using a technology called DSL+LTE bonding. The technology combines the bandwidths of fixed and mobile networks. The Swisscom solution uses an LTE receiver that picks up the mobile data part of the stream and passes it via WLAN to the DSL router, which multiplexes it. Swisscom notes that data carried by its own fixed line network is doubling every 16 months and believes LTE can help it keep pace with increased consumer demand. A Tessares video describing “Multipath TCP” technology can be found here.

The Tessares solution enables Telcos to transparently bond fixed and mobile networks into a ‘single pipe’ to deliver more speed, dynamically, whenever required. With few network changes, xDSL operators can offer their multi-play packages to a geographically wider audience, in particular in rural and challenged locations. At the same time, the Telcos could boost speed in urban areas and provide elegant resilience to business users.

The throughput of an LTE link compared to a DSL link is likely to be orders of magnitude slower. However, LTE could be used to make old slow DSL lines faster in the short term or support locations that are too far away from the exchange to receive higher-speed service. Such links could mean the difference between being able to receive a streaming service and not being able to.

In the US, such a technology might become a less expensive solution to the FCC's mandate to deliver broadband to rural and under-served locations. Rather than building expensive fiber or copper pipes to non-existent ROI locations, a software solution like Multipath TCP might be just the answer.

Where did the money go?

So what does this have to do with the OTA broadcaster? 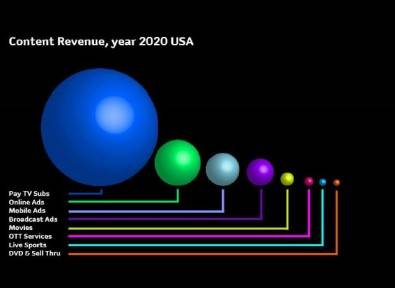 By 2020, increasing amounts of revenue will be claimed by mobile services. Broadcasters will need to aggressively complete with these players. Image: Rethink Technology

Recall that earlier graphic showing revenue for the year 2000? Now compare it to the adjacent graphic, which predicts revenue for 2020, only four years away.

Here we begin to see major distortions starting to appear. Online advertising as a whole now dwarfs broadcast advertising and a lot more of it is delivered as video advertising. However it would be far worse if the mobile revenue was also taken into account, with programmatic advertising becoming common. Mobile advertising will become globally significant, and likely to overtake online advertising.

Delivering 4K increases broadband delivery costs. Cable and other hardwired operators are going to have to invest to meet the new technology’s requirements.

But only serving fixed locations is a temporary fix. The public wants mobile, any time, any place, reception. Both fixed and wireless networks will have to meet that demand with new technology. Those solutions will have to leverage the Internet.

Required delivery formats likely mean moving from RTSP constant bit rate streaming to adaptive bit-rate solutions that will work over the open Internet. Delivery is slowly becoming standardized into the latest version of HTML 5.0 and a cluster of adaptive formats. Apple’s HLS is the most supported and MPEG DASH, is the operators’ most desired protocol because it’s a standard that owes nothing to a single handset vendor.

Software is the new Plastics

The Rethink Technology report notes the rising trend of video consumption on tablets and smartphones. That viewership potentially could account for 50% of all online video this year. The report additionally reinforces the concept that the television set will no longer be the central focus of home entertainment. Consumers will increasingly demand the ability to consume their content anywhere, anytime. And that’s fine with content makers as long as rights travel along with those devices.

So where do we look for a solution of delivering content-protected delivery everywhere? 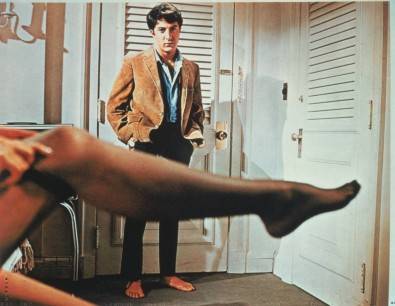 In the 1967 movie, “The Graduate”, starring Dustin Hoffman and Anne Bancroft, Ben (Hoffman) is advised to pursue plastics in his career because of its coming importance.

Recall this scene from the 1967 movie, “The Graduate”.

Mr. McGuire: I want to say one word to you. Just one word.

Mr. McGuire: Are you listening?

Benjamin: Yes, I am.

Benjamin: Exactly how do you mean?

Mr. McGuire: There's a great future in plastics. Think about it. Will you think about it?

In the above conversation between Ben and Mr. McGuire, substitute the word “software” for the word “plastics”. Software, perhaps, represents the key to a cost-effective, revenue-producing OTA future.

Mr. McGuire repeats, "Are you listening?"

The dash to multiscreen has created disruption and added complexity for the pay TV industry, but at least the process has been smoothed to some extent by convergence around common standards for Adaptive Bit Rate Atreaming (ABRS) and encryption technologies.