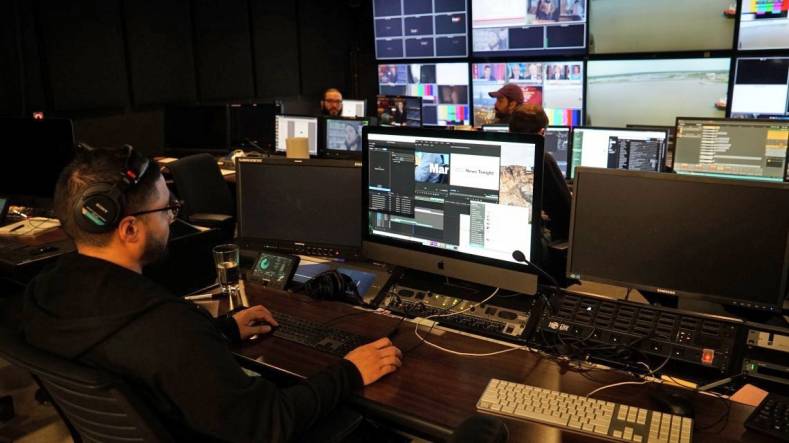 While there are a multitude of workflows deployed across the industry, one thing common among them all is a solid strategy for managing their media; from creation to distribution. Indeed, a scalable and highly customizable media asset management (MAM) platform enables these media organizations to repurpose (and monetize) their archives while also delivering content in the many forms it needs to take in order to be consumed by their target audience.

Vice Media, based in Brooklyn, NY, is a multinational media organization that delivers topical content aimed at Millennials utilizing a variety of distribution platforms that include print, broadcast and online. To meet the requirements of such a demanding audience, Vice Media turned to Primestream and Tata Communications to create a high performance, cloud-based and on premise (hybrid) platform for global asset management, archiving, content contribution, production and distribution.

Legacy, non-scalable storage had become a challenge as the company needed to rapidly scale out its storage to accommodate its exponentially growing content in a durable, available and secure environment. Its existing architecture consisted of a traditional tiering methodology with performance media storage for production projects, and lower tier tape libraries for archived projects. In addition, the company’s global footprint has led to pockets of content residing locally within each bureau. The company's process of collaboration has traditionally been manual, requiring support from the local sites holding the asset and delivering the required content to the remote site. 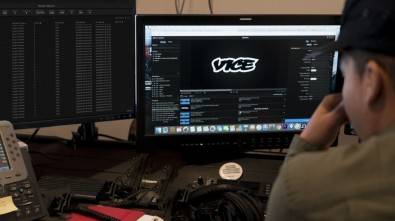 With a rapidly growing library of content and new quick-turnaround requirements, Vice Media needed a solution that could enable its production teams to seamlessly work together despite geographic locations and maintain an organized media archive that could be accessible from anywhere, anytime and without the limitations that come with traditional LTO archiving.

As a result, they built a highly integrated hybrid infrastructure that leverages the Primestream Xchange platform—which it uses to manage its asset management activities and keep the production process seamless to its creative teams—and Tata Communications’ Cloud Storage service via its Video Connect Network. By archiving to the cloud, Vice is saving significant amounts of cost by not having to continuously expand their storage and LTO library. In most cases, projects may start in UK and are finished in New York—effectively gaining five hours of productivity while capitalizing on available skill sets and existing investments.

In order to bring efficiencies and collaboration to production, content archiving and file sharing, the team migrated all of their content into the Xchange MAM to make room for their rapidly growing content library. This process also required that all assets be tagged with consistent metadata during the process.

“A MAM populated with rich metadata, both contextually and administratively, can only lead to automation and efficiency,” said Jack Skinner, product manager for media technology at Vice Media. “Xchange gives us the flexibility to respond to the ever-changing demands of our environment, and lets us be proactive in improving and automating current workflows in our post-production pipeline.”

Skinner said his main focus is on day-to-day workflows, delivering each content package to the right location, and ensuring each of its shows gets aired every evening on time.

“I’m concerned with how the content assets are being sorted and how metadata is being applied to it,” he said. “Also, how effectively can we search our video library and empower our editors to create as opposed to digging in the weeds.”

As a typical example of its globalized workflows, a Vice UK production team registers assets with metadata into Primestream’s MAM from camera cards and various other sources through a built-in Adobe Premiere Pro extension panel. Proxies are automatically created from the source material, which are then used for proxy editing and general browsing. Source material is then transferred and archived into Tata Communications Cloud Storage service via Video Connect Network.

The next phase focused on project sharing across Vice News’ teams located in New York and London for “Vice News Tonight,” a nightly roundup of global news, technology, the environment, economics, and pop culture on HBO. This included all material, transcriptions, metadata and markers and enabled multiple producers and editors with the ability to quickly look at available content with a browser, annotate, comment, make markers, instructions, and final reviews and approvals.

Collaborative editing and site-to-site media transfers became crucial to the production and on-air workflow. Previously, Skinner and his team would coordinate with various staff to initiate media transfers, resulting in teams duplicating assets locally and sharing with no insight or visibility on the progress or whether the transfer was successfully completed. Today, a project can start in London with ten assets and then have editing teams in Brooklyn continue where they left off by simply initiating a site-to-site media transfer of the project. If Brooklyn adds five new assets, the UK team would simply sync the five new assets in Xchange, saving time and valuable local production storage space. 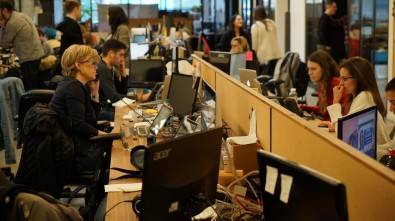 The Vice team has solved the problems of archive, management and transport and created a highly-available, secure mesh network for its content production and distribution.

The innovative production company also uses Telestream’s Vantage software to automatically transcode media for delivery across a wide variety of distribution outlets. This integration enables them to focus on the creative process with manual processes being automated such as file transcode. Metadata transfer is very tight between Xchange and Vantage, so the logic between the two platforms is very flexible. It makes decisions based on metadata — and depending on the program name it can route to specific settings and distribution points.

“We move at a rapid rate and our workflows are evolving day-by-day,” said Brian Glover, Director of Engineering, Media Technology at Vice Media. “Instead of only relying on Primestream’s engineers to integrate complex third-party and external systems into Xchange, we can develop the relationship internally through one single, user-managed API aggregation layer by Vantage, which allows us to work at our own pace and get the most out of Xchange's capabilities.”

Glover said access and use of any cloud storage solution had to be seamless. They chose Tata Communications Cloud Storage service because it is built upon the SwiftStack Object Storage technology and is capable of supporting both S3 and OpenStack Swift RESTful State APIs. Primestream added support for Object Storage that would natively integrate with S3 within their product as well as integrated FileCatalyst APIs to achieve acceleration. This allowed them to preserve their existing workflows and leverage both file transfer acceleration as well as archive and restore from the cloud.

"We set out to solve the problems of archive, management and transport,” said Jack Skinner, product manager for media technology at Vice Media. “In doing so we found that the design of the solution granted us the flexibility to contribute, collaborate and distribute across our global offices. The ability to edit while ingest, the ability to be able to live log content as it's coming in, and the ability to have multiple people looking at essentially the same piece of content has been huge for us,” he added.

What’s clear is that seamless production operations start with highly accurate metadata and a well thought out media management strategy. It has to start at image capture and move along through to final delivery. The team at Vice Media has put that concept to the test and is seeing huge gains in productivity and audience retention of the finished material.