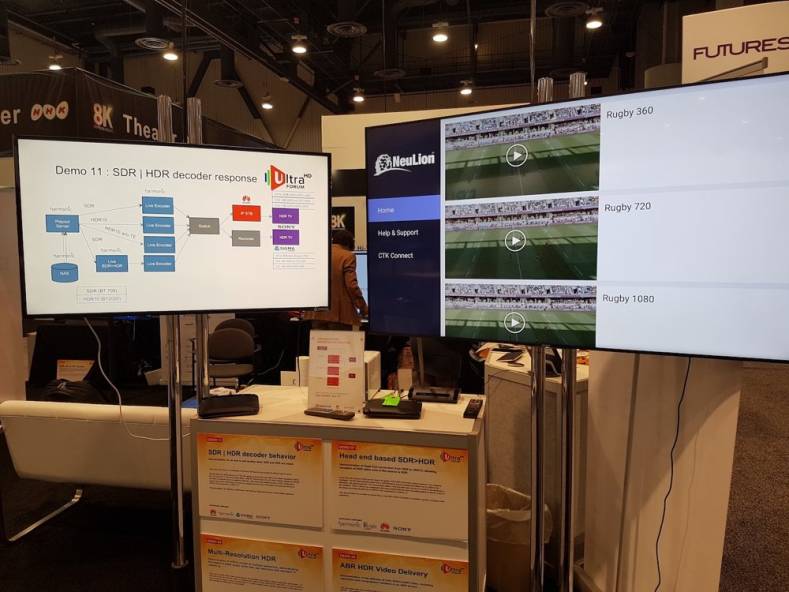 The Ultra HD Forum has been polling TV operators to identify the technologies they want to deliver the next generation of entertainment.

The Ultra HD Forum will expand on priorities for the next “Phase B” of UHD technologies at IBC 2017 in response to a detailed survey of 50 TV operators from around the world.

The findings are being presented at a Masterclass open to all IBC attendees during the event, setting out the likely course of UHD standards development over the next two years.

“Our masterclass will focus mainly on what’s still to come with UHD, reporting on major field trials and early launches of Next-Gen Audio and HDR,” said Ben Schwarz, who chairs the Forum’s Communications Working Group. “We’ll also dive deeper into the Next-Gen Audio technologies with the industry’s three key technology providers.” These are Dolby, DTS and Fraunhofer.

The Ultra HD Forum does not develop UHD standards directly, serving to identify key ones emerging from bodies like the ITU, MPEG, SMPTE and DVB. These cover picture contrast under HDR (High Dynamic Range), more colors, increased frame rates, greater resolution and immersive audio, as well eventually as other ingredients such as Virtual Reality. A few vendors such as France’s SoftAtHome already even offer integrated ambient lighting that changes in line with the content.

The Ultra HD Forum is in fact one of two industry bodies that emerged around the beginning of 2015 dedicated to identifying emerging UHD standards and bringing them to market, while indirectly affecting the course of development through activities including surveys that help set priorities. The other is the UHD Alliance. Both were founded by many of the same big names such as Samsung, Dolby, Ericsson, LG, Sony, DirecTV, Technicolor, Harmonic and Universal Studios.

These two consortia, the UHD Alliance and the Ultra HD Forum, insisted at the time they were complementary, striving for similar goals but coming from different perspectives. While paying attention to the whole ecosystem, the UHD Alliance was primarily focused on content creation and playback at the two ends of the process. This helped establish criteria for UHD content quality, combined with guidelines for consumer devices including TVs to ensure consumers have a consistent UHD experience. 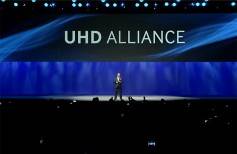 The UHD Alliance is primarily focused on content creation and playback at the two ends of distribution the process.

The Ultra HD Forum on the other hand has been focused on the infrastructure in between creation and play back to ensure end-to-end content distribution and delivery. This has entailed selecting specifications for the ecosystem to ensure not just quality of experience but also the essential interoperability as service providers edge towards deployment. Neither consumers nor content providers should have to worry whether all the components of their service provider’s network work properly together and sustain the full UHD quality. Such components include encoders, stream processors, CDN’s, security systems, ABR (Adaptive Bitrate) packagers and indeed legacy components like Set Top Boxes, QAM’s and DSLAMs.

With a lot of the fundamental work now completed and growing overlap between the two bodies’ activities there is a case for now merging them into a single UHD entity, especially as they both serve the same role of steering the overall course of standards development rather than developing them in the first place. Of course, many of the two bodies’ members are intimately involved in standards setting and will be on hand at IBC to discuss the convergence between them.

Meanwhile the Ultra HD Forum has also announced it is stepping up activities in Asia-Pacific, the world’s fastest growing market for video services. It will stage public interoperability demos in China this year, followed by a members’ meeting in Korea prior to the 2018 Winter Olympics. “The Ultra HD Forum goes where the UHD action is, and China is the number one country for UHD sets, while Korea has the first UHD terrestrial broadcasting deployment, using the ATSC 3.0 standard,” said Thierry Fautier, President of the Ultra HD Forum. “Meanwhile, we are still growing with recent additions such as Travelxp, an HLG pioneer, and the Forum Audiovisuel Numerique, representing the vibrant French UHD ecosystem, which is leading UHD deployments in Europe.”

Fautier added, “It is key for us to engage with regional organizations to understand operator needs from around the world. We’ll continue, for example, with our presence at the 4K-UHD Summit in Malaga this November.”