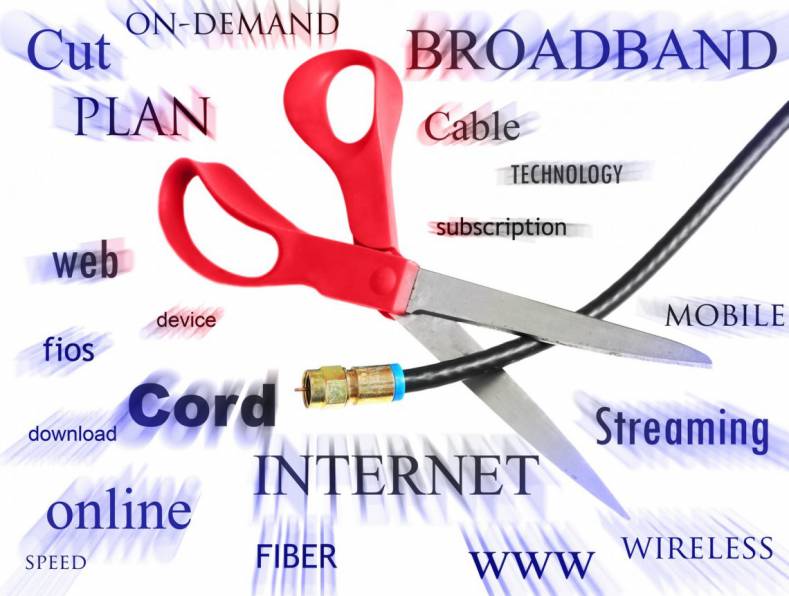 The pay-TV industry is in turmoil. American cable TV companies have enjoyed a profitable ride to the bank for many years. Now they find themselves scrambling to stay relevant as an increasing percentage of viewers cut the cord for less expensive options.

I was looking through several research reports on media delivery and the rise of new competitors. Top of mind were the newcomers, the streaming delivery companies. Most familiar might include; Hulu, Netflix, Amazon, Sling and DirecTV Now. There are others mentioned, the above list will be familiar to most readers. What was quickly apparent from the data is that American cable TV companies are facing a challenge most have never experienced—a competitor.

The TiVo company provides entertainment technologies and research on the use of those systems. The latest, covers Q4, 2016 is the basis for this article.

According to the most recent TiVo report, 83.0% of respondents to their survey have a pay-TV provider. Of the 17.0% without a pay-TV provider, almost 20% of these viewers cut service in the last 12 months. This represents an increase of 1.9% q/q and 2.3% y/y. Said in the survey, “At nearly twenty percent, this is the highest percentage of cord-cutters in a single quarter since TiVo began tracking them in the Q4 2015 survey.” Ouch.

We now have data that viewers are increasing turning to other delivery methods, but first what stimulates the move? For me, it is one thing—cost, and the single largest ‘tack-on’ cost is “Sports Networks”. I have never in 12 years, watched an ESPN channel. Yet, I currently must pay $8.00/mo for a set of channels I never watch.

To summarize, the top three reasons survey respondents gave for stopping cable TV service. ● Cable price is too expensive – 80.1% ● Use an internet streaming service, such as Netflix, Hulu, Amazon Video – 48.3% ● Use an antenna to receive basic OTA channels TV – 27.2%

It will not surprise The Broadcast Bridge readers that the high cost of cable service is the most common reason for seeking other ways to have entertainment delivered into the home.

The lower prices offered by streaming services are key to the cable industry’s challenge. The new competition is causing cable conglomerates as well as smaller cable systems to consider offering a smaller package of channels as an alternative to the current fixed product of some 250+ channels , of which fewer than 10-percent are watched, at an high price points. Instead pay-TV providers are considering the creation of a much smaller package of channels, to be offered at a lower price and delivering those channels via OTT/streaming format. New competitors create original content

In addition to price, these new competitors have shown an ability to create popular, and award-winning, new content. These new offerings draw viewers. As these OTT production companies build even larger portfolios of content, it will become more difficult for pay-TV providers to compete because much of their lineup may be reruns. 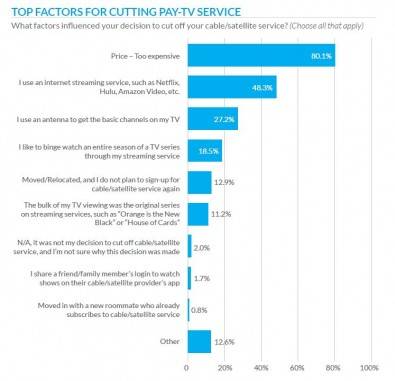 Some argue that cable TV will always have a larger catalog of programming from which to choose. While technically correct, I maintain that point is irrelevant. Few viewers are looking for a episode of Joie Bishop, Hazel, Superman or even The Outer Limits . While popular in their day, most of these programs are B&W and target a senior-level audience. The jokes and situations are dated and familiar only to an older viewers. Unfortunately, this audience is getting smaller every day. And millennials and younger viewers, they consider watching B&W TV the equivalent of going to the dentist.

It could get worse

The TiVo survey showed that when survey respondents were asked if they planned to change pay-TV providers in the next six months, the results become even gloomier for cable TV providers.

• 6.8% plan to change to another pay-TV provider

• These figures total 47.2% of respondents. This means that just under half of respondents could potentially leave their current pay-TV provider in the next six months. This group of “at risk” respondents increased 2.3% q/q, and 2.5% y/y

Give us À La Carte

The Q4, 2016 TiVo survey showed that 76.6% of respondents would like to pay for only the channels they Watch. That number is up 3.0% y/y. And, how many channels do they want to receive and pay for—18.

Viewers will trade fewer channels for a lower price. This model does not fit well with traditional pay TV models. Click to enlarge. Source TiVo 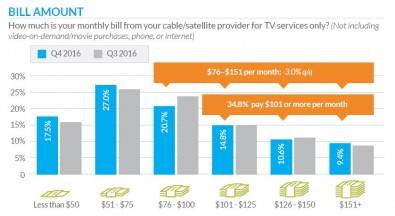 Meet the challenge of streaming services

To meet the challenges from streaming and OTT competitors, cable companies will need to be more responsive to viewer demands. Step one is to offer an alternative to requiring viewers to pay for a large bundle of channels, most of which they seldom watch.

Cable companies have a huge advantage over the competition. Cable knows what the viewer watches every minute of the day. Armed with such granular viewer data, new packages of commonly viewed channels may be identified and competitively priced.

Could new technologies like 4K, UHD and HDR be the magic bullet to entice viewers back to cable? Look for another report in The Broadcast Bridge.

Editor Note: These data and charts were obtained from the TiVo Q4 2016 Trends Report.