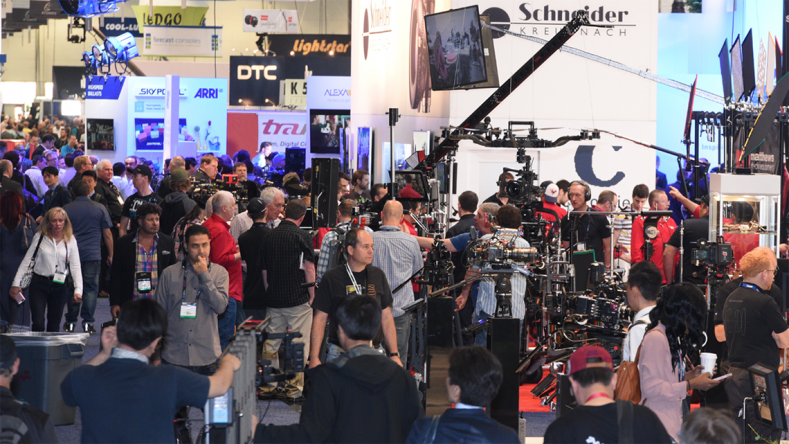 Crowded exhibit floors do not always equate to many new products or hot trends.

2017 NAB Show - The thrill, expectation and excitement, followed by deep depression. Given all the pre-NAB show build up, I expected more. Instead I found there was no real buzz or promotion of – well- anything. The crowds were light and truck land was mostly barren.

The NAB trade show is always a special event for attending engineers and managers. Sometimes there is an abundance of new technology, other times, not so much. This year I had the fun and pleasant opportunity to bring two first timers to the show. My first advice to both of them was to wear comfortable shoes and plan their booth activities carefully because the halls are far apart and they will want to minimize travel between the locations. I gave my younger engineera little extra challenge, to report on her observations after the show.

Looking for a show theme

Leading up to the 2017 NAB Show, my email was flooded with news and predictions about IP. Leading the charge to IP were organizations including SMPTE, AIMS, ASPEN and VSF, most predicting that a standard was eminent. Then there was all the hype about HDR, UHD, 12G, 4K, 360, VR, AR and Cloud. And let’s not forget ATSC 3.0.

But the crowd response was muted. Were people just tired of hearing all the promises about these technologies and improvements while not seeing any real products or proven interoperability? Experience says that most new formats and technologies require a rack full of converters and adapters just so the technology can integrate with existing equipment. 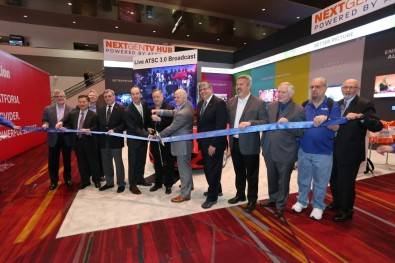 In my quest to find show themes and trends, I sat through what should have been an interesting market analysis presentation from a trade group and research firm. I found the presented data more about misdirecting and misinforming and ultimately very disappointing. I saw the results as seriously biased to support the companies that sponsored the report rather than identifying important technology trends and directions.

And what about IP?

Then there was the IP Showcase itself, organized by IABM and supported by EBU, NAB and other groups. The event did receive preshow promotion. Unfortunately, if you didn’t know where the exhibit was located you wouldn’t know it even existed. Even when I told people about it, they were surprised they hadn’t heard of it and asked where it was located.

The IP Showcase was supposed to highlight the promise of SMPTE 2110 and its Family of Standards. With some 80 participating vendors it should have received more cross-promotion. Yet I did not see even one of the 80 vendors flying a booth banner promoting SMPTE ST-2110 or even that the exhibitor was part of the IP Showcase showcase/demonstration.

I was given an in-depth tour of the InterOP portion of the IP showcase. Very exciting. I was pleased to discover that the group engaged a system integrator work with all the vendors on the pre NAB InterOp event making the IP Showcase successful. I heard this pre-show InterOP went much better than the InterOP event held before last year’s IBC.

A piece of advice to the organizers. When the technology presentation is supposed to demonstrate an entire workflow, staff it with people who understand the entire workflow. Using specialists that only know one piece of the process doesn’t instill confidence about interoperability. After all, the visitors want to see demonstrated technologies being interoperable and the presenters need to be knowledgeable about the entire content path. 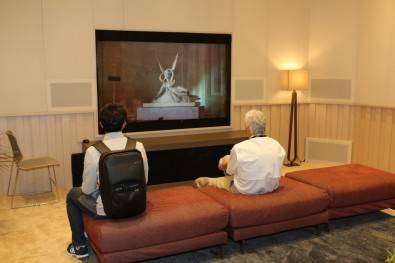 On to the new technology

NHK had their 8K theatre tucked into a corner of the north hall with no fanfare. One would think that because OBS, Olympic Broadcast Services, is required to provide all 8K all the time for the Korea and Japan games, there might be a flurry of 8K activity at the 2017 NAB Show. Nope. If OBS needs 8K products, what does that mean to the continued development of 4K and other technologies?

At IBC, NAB NY and other industry events, 12G was getting a lot of publicity as the savior of coax while everyone waited for IP to get its act together. I did not see much of the technology at this show.

There were multiple sessions about ATSC 3.0, but you had to look for them. Maybe everyone is still focused on the spectrum auction.

Finally, despite all the interest in drones two years ago, it seems to have quieted down. While there were still multiple drone exhibitors, they were clearly offering higher-end and more mature solutions. 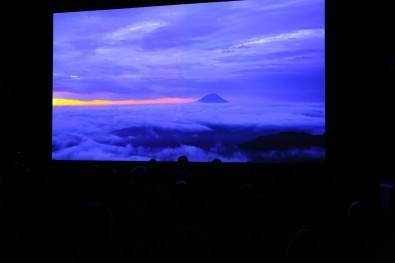 There was some reshuffling of booth locations which, made finding vendors a bit of a puzzle, especially when trying to simultaneously minimize traversing between halls.

One of the new additions to the event were presentation areas spaced around the exhibit areas for specific interest groups. I fully support this asa way to engage more attendees that don’t have full conference passes. This also permits more speakers and presenters. Of course hiding them in plain sight challenges one’s ability to attend. I was very interested in one presentation area that focused on cyber security and artificial intelligence. Alas, even with the NAB app and interactive map, I had trouble finding it. 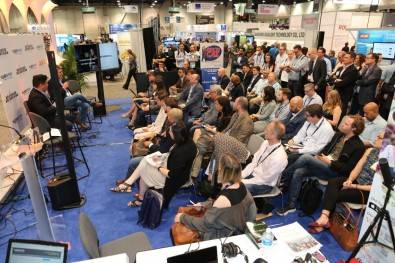 North Hall had three separate start up areas. There was the Startup area, next door was Sprocket and a little further away on the other side of the hall there was the Advertising Start Up group. I do not understand how the placement of each startup was chosen.

An interesting observation by a fellow attendee was the larger number of international sections and booths. A considerable number of vendors came from the Pacific Rim area. Often these smaller vendors were located at the back of Central Hall. I used to affectionately call it “the little booth area”. This was where one could always find nifty problem solvers or tools you never knew you needed. Now these booths are located not only in the back of Central Hall, but also in the rear portion of South Upper and South Lower Halls, as well as in the North Hall Start Up area. Definitely worth a visit.

IMHO the 2017 NAB was one of those times where the most common thread between exhibitors was caution. We often see such behavior during a major technology transition. The spectrum auction, ATSC 3.0, 4K, HDR and new competition from OTT and others all classify as industry disruptions. When this happens customers wait for the dust to settle before making large capital expenses. Vendors run in place while looking for leadership from standards groups.

At the IP Showcase, I asked one of the exhibitors about product rollout. Now that there appears to be interoperability when would we begin seeing the products. He said “IBC”. Does that mean SMPTE will ratify ST-2110 prior to the IBC convention? Or will vendors release a whole series of first generation of products that could become obsolete the day after they are purchased?

Finally, I asked my young engineer about her impressions of the 2017 NAB Show. She reported;

There wasn't really all that much buzz about any particular new technology. There was definitely a lot of VR/360 video talk but for the most part it didn't seem like anything new was being shown. We may need to wait for the E3 Conference in June and the Game Developers Conference in September to identify trends.

It seems like some of the companies are realizing that rather than trying to come up with one solution for every possible workflow, it was better to play well with others who had perfected certain niche workflows. A lot of the companies we talked to about MAM/DAM technology did boast a more open API which was great to see.

That’s my wrap for the 2017 NAB Show. What impressed you at this year’s show? Ping me in the box below.