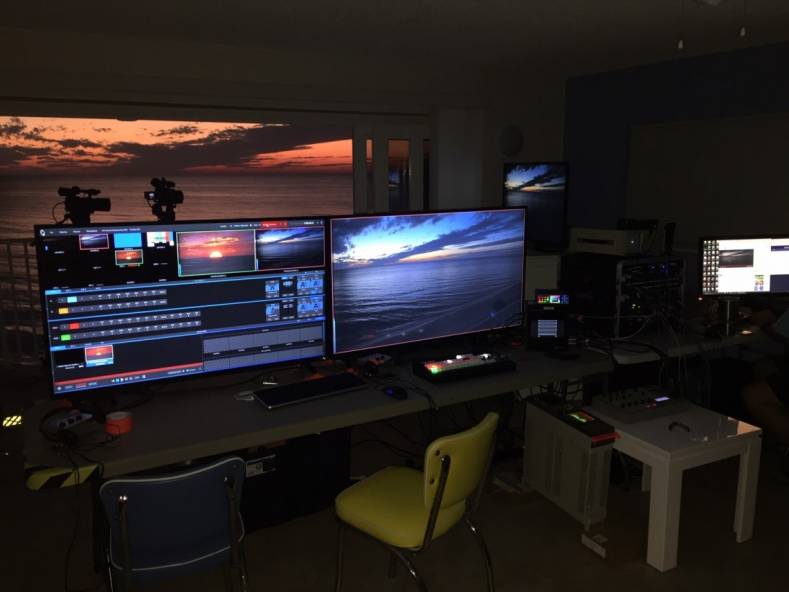 The serene sunset wasn't copyrighted but the centuries' old classical music was.

If YouTube takes down your video for a copyright or trademark infringement, the company claims it is simply following the automated instructions of the rights-holder. What can you do to reinstate your video?

Video content recordings often start with bars and tone because those signals are useful for engineers. That’s not so true when you’re streaming test content to the internet before showtime. On YouTube, some of the test stream content will remain as leader to the archived program until it is edited out.

A couple of hours after the live stream turned into a YouTube archive video, we received messages from YouTube. They removed our video because it was accused of violating copyrights and trademarks. The message listed the “Royalty-Free” classical music and the specific copyrighted recordings. The owners of the video production also own several radio stations that make blanket royalty payments every month. Of course, YouTube didn’t know that, and we weren't certain the blanket payments covered internet videos.

The looming question was “How did we get caught and taken down so fast?” The answer is automated bots.

Our live broadcast had signed-off, and we thought our work was done until YouTube suddenly became the huge elephant in the control room. The take-down happened the first evening of a two-day weekend event. Some sponsors had already noticed the archive was offline and began complaining. Local bars and restaurants lost their YouTube archive feeds of the day's world championship races. We felt violated, even though we were the violators.

It took us a couple of hours to determine how to respond and exactly what to write. In the meantime, once we learned the ferrets would clearly prevail, another crew member scrambled to begin editing-out the sunsets and classical music, and the animated ferrets from a copy of our local line-out recorded file. The edited version was reposted asap where it remains posted today. Problem solved.

Even if your disputed material is on file in the US Copyright office, there is no guarantee that Google or YouTube's automated programs will recognize your rights. In fact, there is no requirement for proof, no warrant, no trial. It has virtual police power without oversight. You can dispute claims, but content hosts aren't required to host any content and will drop the video. If the content host, in this case YouTube, doesn't take down disputed work when they get an infringement notice, the host becomes legally liable.

Companies and rights-holders use automated bots to make take-down claims. YouTube is controlled by automated bots. The rights-holders write the scripts and the process is completely automated. The best response to any claim from YouTube or Google is to dispute it. Once a claim is disputed, YouTube will usually repost the video because YouTube provides a mechanism for the two parties to argue. There is no limit to how much the arguing can go back and forth, and it does not have the force of law behind it.

When someone uploads material to Content ID, Content ID scans its entire website looking for any match to the uploaded content. If Content ID finds a match, the person who uploaded the content to Content ID gets paid. Claimants use programs to make mass claims on every video on YouTube that is some way like their own. YouTube responds by taking down the accused video because it is legally compelled to do so, and it sends a take-down message to the accused. A first-time take-down can be intimidating. It’s not “Phishing for Cash” but it feels like it.

If, for example, a copyrighted song is detected in a video, Content ID will follow whatever directions the song publisher entered into the database such as “take it down,” or “mute it”, or demand a share of the revenue. It's all done automatically. You can't blame rights owners for protecting their property any more than you can blame a family singing a copyright-protected song to another family member and posting it on YouTube. Sometimes bots can't tell the difference.

If you are the person filing a copyright or trademark dispute, the company you accuse may relinquish the video, but that rarely occurs. More often, one party will hire a "hashing company" to hash out differences, but those companies are said to use bots that reject every claim dispute because it's cheaper. If the accused claim dispute is rejected, YouTube gives the rights owner the power to punish the channel for disputing by demonetizing it. That form of punishment sometimes makes those who didn't intend to make money with the video to look the other way.

Cost of Doing Nothing

Disputing the claim while editing out the disputed content and reposting will get your video back on YouTube the quickest. If you do no more than respond and dispute the claim using the YouTube form, your video will likely be reposted without editing. If nothing more happens, it means the claimant is giving you a license. The cost of that license is demonetization. The claimant can demonetize your video and take the money from the ads that run with it. If you don’t have the thousands of views it takes to monetize a video, or paid sponsors, then demonetization shouldn’t be much of an issue. If you're making money on YouTube, you're a target.

The bottom line is that whether a claim is fraud or legitimate, YouTube always gets their cut of the money regardless of who makes the profit.

What Can Be Copyrighted

- “Audiovisual works, such as TV shows, movies, and online videos.

- Written works, such as lectures, articles, books, and musical compositions.

- Visual works, such as paintings, posters, and advertisements.

- Dramatic works, such as plays and musicals.”

YouTube says “Ideas, facts, and processes are not subject to copyright. According to copyright law, in order to be eligible for copyright protection, a work must be creative and it must be fixed in a tangible medium. Names and titles are not, by themselves, subject to copyright." YouTube warns rights-holders, “If you choose to submit a copyright takedown request, please remember that you are initiating a legal process. Do not make false claims. Misuse of this process may result in the suspension of your account or other legal consequences.”

Copyright is just one form of intellectual property. It's different than a trademark, which protects brand names, mottos, logos, and other source identifiers from being used by others for certain purposes. It is also different from patent law, which protects inventions.”

“A trademark is specifically acquired by a company or entity through a legal process and it gives the owner exclusive rights to the trademark usage in respect to those goods. Trademark infringement is improper or unauthorized use of a trademark in a way that is likely to cause confusion about the source of that product.”

Like copyrights, the company warns that “YouTube policies prohibit videos and channels that infringe trademarks. If you upload content on YouTube that uses another party's trademarks in a way that is likely to cause confusion, your videos can be blocked and your channel suspended.”

YouTube also has an "Automated Inquisitorial Program" that randomly freezes the earning potential on videos, demanding the owner provide proof of their innocence, without citing what crime may have been committed. It's another way the company protects itself from potential trademark and copyright legal battles.

DMCA is US Law

If disputes can’t be resolved through YouTube or Google programs and policies, the next step in the US is toward a federal courtroom to sue or be sued under The Digital Millennium Copyright Act (DMCA). To prevail requires an expert DMCA attorney, and lots of time and money regardless how simple and clear the case may seem to be.

The best advice is to not let a copyright or trademark dispute get to court in the first place. Be respectful and flexible, because sometimes you don’t know you’re in quicksand until you start to sink. 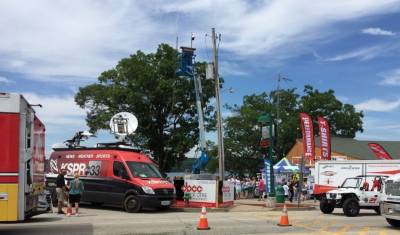 Don’t Bet Your Live Broadcast on Cellular or Internet Service 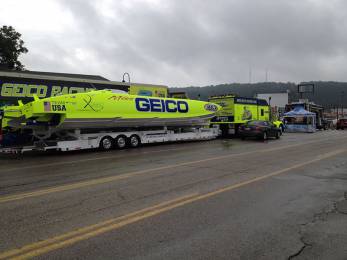 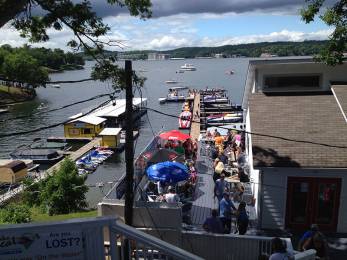