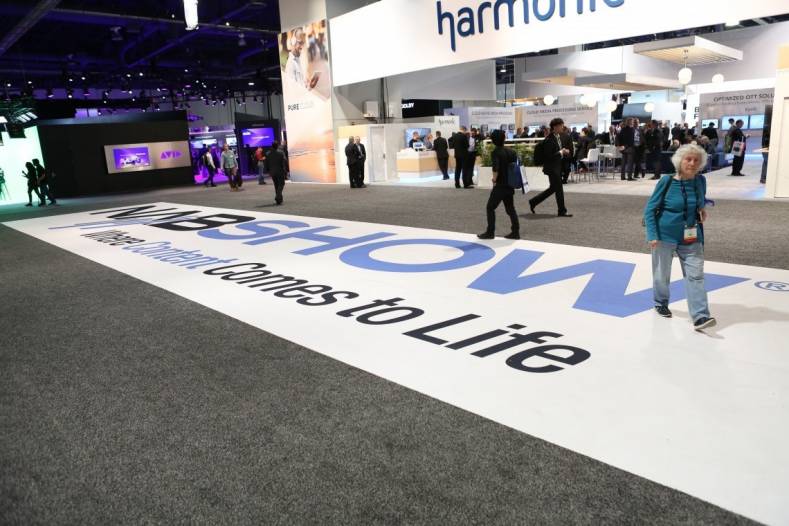 ATSC 3.0, the great hope of OTA broadcasting, drew a lot of attention during NAB. The NextGen technology that recently gained approval from the FCC is capable of delivering personalized content – news, sports, entertainment and advertising – to viewers on a very local basis. ATSC 3.0 combines the best of over-the-air broadcasting with the data-rich toolset promised by OTT.

More than three dozen exhibitors showed their ATSC 3.0 wares, which included a heavily trafficked Road to ATSC 3.0 presence on the floor of the convention center. “With approval of the ATSC 3.0 suite of standards, the focus shifts from development of the standard itself to early deployments across the world,” said ATSC President Mark Richer.

The exhibit provided show-goers with an update on test stations in Cleveland, the Phoenix Model Market project, WRAL in Raleigh, and the ongoing work by Sinclair Broadcasting.

Because ATSC 3.0 is, in general, moving along much more quickly than did ATSC 1.0 in 2009 as the U.S. readied for the switchover from analog to digital broadcasting, is providing some much-needed energy to local station owners. Many have struggled to remain relevant to younger viewers who have moved away from traditional broadcast and pay-TV delivery to OTT sources.

But the new standards promise, among other things, to make broadcasting 4K content possible for OTA stations. ATSC 3.0 also is IP-based, which essentially makes any modern connected device capable of receiving OTA signals.

But, ATSC 3.0 won’t work on legacy devices designed for 1.0, raising a major hurdle to full-scale adoption, although some manufacturers already are including both technologies in their devices.

ATSC 3.0 is seen as yet another threat to pay-TV companies and even to any telcos with a significant base of TV viewers on mobile devices, like AT&T and its DirecTV Now skinny bundle. Broadcasters will be able to deliver programming to phones, computers, tablets and connected TVs, all over the air from a gateway in your home. An added bonus is its expected ability to deliver high-quality (up to 4K) video to cars. 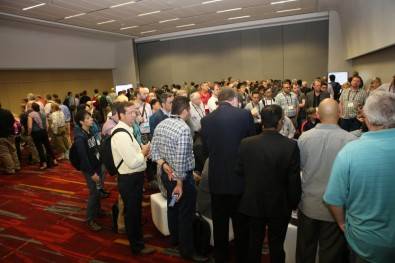 A crowded audience greeted presenters at the BEIT ATSC 3.0 sessions.

The next step? Discovering what business models work for the new technology. “The real hard work will be finding out what are the business opportunities for broadcasters,” said Anne Schelle, managing director for Pearl TV.

AI And ML Were Key Themes

AI and machine learning got a lot of attention at the show, with panels and presentations addressing a plethora of issues. NAB even reserved a half-day on Tuesday for a special program, “Get Ready for Machine Learning and Artificial Intelligence,” made up of six sessions that focused on how machine intelligence impacts content creation from inception through workflow, delivery and monetization.

“If a company today has not already implemented AI in some part of their business, then they are behind the competition,” said Adam Spector, who is the head of business and co-founder at startup LiftIgniter. “The challenge with AI is that the value you receive from it increases exponentially, so your competitors who are using it are not just a little ahead of you, they are likely light-years ahead.”

Facial recognition and voice recognition, even translation into multiple languages, are just some of the applications made possible by AI and machine learning.

For studios and content creators, the potential for AI and machine learning to reduce human interaction and simplify processes through automation is already here. In fact, with Ooyala’s Flex Media Platform, for example, it’s possible to automate virtually the entire production process. Human touch might only be needed to push a record button or to make an editorial decision.

But AI also can be used as part of content creation, specifically to create custom newscasts for individuals, something that was touched on in a number of iterations. Imagine the value of being able to automatically generate a unique and branded web asset of the day’s weather forecast, one that targeted a boater or a weekend warrior or simply a planned summer picnic.

That asset becomes even more valuable if it is specifically edited to be a text message, or to work as a voice-activated assistant like Siri or Alexa, all from a file generated from a morning weather report.

For a local broadcasting station, personalization has the potential to maintain and grow audience without have to expand news team staffing. As Randa Minkarah, COO of Transform, said: “You stop repurposing one story on television to video on your website and you start to really craft it.”

Editor note: The entire NAB-focused blog post from Ooyala is available at this link.