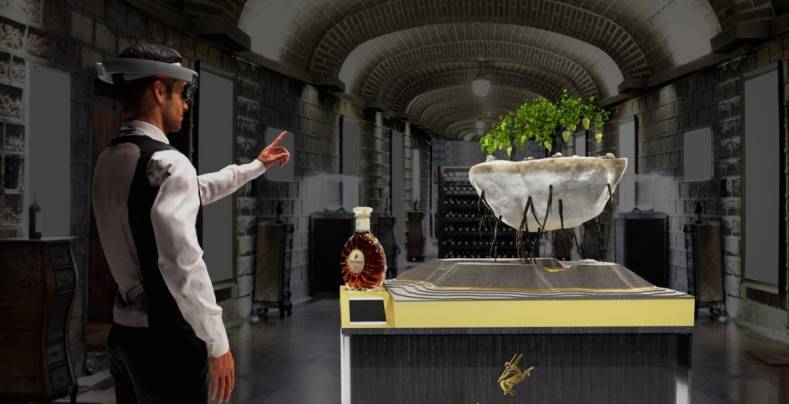 2016 was the year that virtual reality finally launched amid much fanfare but modest consumer uptake. But what about augmented reality/mixed reality? If 2016 opened the door for us to explore virtual worlds, then is 2017 the time that we step through the looking glass into augmented reality?

The broadcast and production community has been testing the world of AR for the better part of a decade. Headlines about firms such as Microsoft with its HoloLens, and Magic Leap with its mysterious technology that is reportedly so good that it has persuaded a number of the world’s leading corporations including Warner, Qualcomm and Alibaba to reach into their pockets to the tune of $1.39 billion. Not to mention Google, which led the series B round of funding, a mere three months before it canned the Google Glass AR headset.

The mobile phone based AR sector has not been standing still either. There have been an increasing number of trials, initiatives and applications emerging within the consumer market in recent years.

This is helping to raise consumer awareness of the concept of augmented reality as well driving adoption. In addition, smartphone based AR will be a catalyst to the development of increasingly sophisticated applications as the consumer market moves towards smart glasses and headset based AR/MR.

Retail has pioneered experimentation in augmented reality, notably Lowes, Alibaba and IKEA using mobile phone based AR to allow consumers to visualise products in their home, while UK supermarket Tesco has used AR markers embedded in the pages of its in store magazine.

The 2014 IKEA catalog used AR to enable consumers to visualize new furniture in their homes.

Gaming has also driven mobile phone based AR. Pokémon Go generated global revenues of US$950 million in its first six months of activity from in-app purchases and businesses, e.g. restaurants, using their premises as PokéStops and Pokémon Gyms to drive footfall.

Social Media has not been quiet either. Snapchat has been innovative in developing AR applications with its filter and lens apps, now being replicated by Facebook.

In addition, there are over 250 AR games and apps in the Android and iOS app stores of varying sophistication and quality.

2017 sees mobile phone based augmented/mixed reality begin to take significant strides towards being something more than novelty game play and becoming altogether more impressive and, more significantly, something actually useful.

Apple has made a series of technology company acquisitions, which have augmented its in-house R&D capabilities for AR/MR. This will bear fruit this autumn with the launch of ARKit which, in tandem with iOS11, will enable millions of recent generation iPhones and iPads to become AR compatible.

This gives Apple a huge reach advantage over Google, which launched its Tango Virtual Positioning Service earlier this year. However, this is limited to two larger phablet devices from Lenovo and Asus.It is likely to be some time before a more widespread roll out across Android devices occurs, as the sensors are currently too large to allow the implementation of Tango on smaller handsets.

In addition, mobile phone manufacturers are upgrading the specifications of their next high-end devices to be AR capable, e.g. twin rear cameras.

The leading social media networks view AR/MR as the next evolution in mobile computing and are also making major investment in their own content creation platforms. Their long term ambitions extend beyond social media applications to AR/MR ecosystems encompassing social media, e-commerce, advertising, gaming, utilities and communication etc. This will bring increased innovation from Facebook, Snapchat, Tencent, in competition with Baidu, Apple, Google and Microsoft to establish the dominant AR/MR platform.

Cardboard viewers will have a less significant role in AR than they did with VR. Where Google Cardboard offered users a first glimpse of mobile VR, in the AR space this first basic experience already exists, without a viewer. Card based viewers can play a part, however, only in allowing users to access more sophisticated smartphone based AR/MR apps, particularly with the move towards hands free applications.Although, the viewers themselves are a “dumb” device and ultimately the quality of the experience depends on the capability of the handset, as this will do the heavy lifting.

Looking forward, in addition to consumer personal use, it is expected that cardboard AR viewers may find a role in the education sector, where the headsets would endure some wear and tear but could be replaced relatively inexpensively. The inclusion of AR content as part of the Google Expeditions education program may help drive uptake, albeit on a low level. Use of “dumb” viewers for location based applications e.g. museums and retailing may see adoption of plastic based mobile viewers as a more hygienic alternative to card based devices.

The content ecosystem and creative toolkit developments from Apple and Google, the leading social media platforms and the roll out of AR technology beyond the high-end handsets will be a catalyst to the creation of more sophisticated content and applications in the mobile AR/MR sector.This will drive consumer adoption of AR as an evolution of their mobile computing needs over the next few years as the market moves towards affordable and more technologically sophisticated smart glasses.