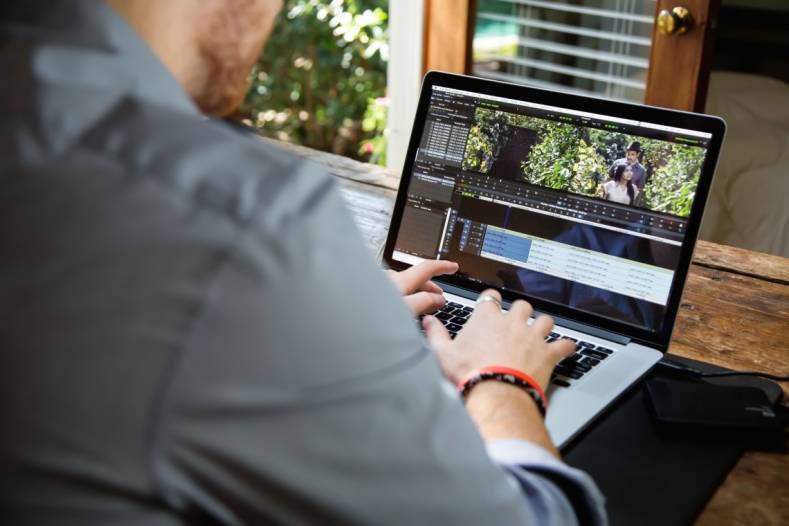 Avid Media Composer can edit 4K files either directly or with proxies.

Editors have used mezzanine codecs to save on storage and network requirements. The two favorite codecs have been Apple ProRes and Avid DNxHD and more recently DNxHR. The codecs are supported right back to the camera in many cases. However, since Apple have stopped supporting QuickTime for Windows the support for the export of ProRes files from applications running on Windows has been seriously curtailed. This leaves DNxHD/HR as the codecs of choice for any workflow that is using the Microsoft platform.

There was a time when editing projects shot in 4K was a daunting challenge. Today, however, especially for the industry’s leading NLE, the Avid Media Composer, responsible for posting the vast majority of prime time programming and top feature films, this mountain has become easier to climb because of the proliferation of lower resolution intermediary or mezzanine formats that provide proxies of the original files that are lighter to store and easier to process.

“Many cameras can record dual formats during the production shoot,” began David Colantuoni, senior director, product management at Avid in an exclusive discussion with The Broadcast Bridge. “Not only does this reduce storage concerns in post, it also gives you quick access to the media by linking the proxy to the higher resolution media in storage.”

This has become more complicated now that Apple has confirmed that it will no longer be supporting QuickTime for Windows which used to be one of the most popular components of a widely used mezzanine format, ProRes.

In fact, the Department of Homeland Security's U.S. Computer Emergency Readiness Team has gone so far as to recommend Windows users uninstall QuickTime due to negative consequences including “loss of confidentiality, integrity, or availability of data, as well as damage to system resources or business assets” (April 14, 2016).

So editors who have been employing QuickTime-based codecs such as ProRes as their mezzanine format when editing 4K on their Windows-based NLE’s need to reconsider the technology they are using. And Avid has an answer.

“We need to understand that Avid is a workflow company where multiple systems are tied together,” Colantuoni said. “When you need to deal with a variety of resolutions, we invoke the resolution conversion capability of Interplay | Production to let Media Composer access 4K files in any different mezzanine format.”

Given sufficient storage and processing, Media Composer could even directly edit a RAW 4K file.

But the question is, why would anyone want to? 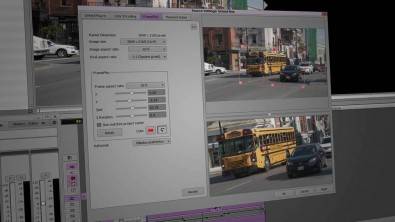 Selecting an ROI (Region of Interest) from a 4K image.

“Unless you were involved with color grading or detailed finishing that requires the full rez media, you really would not need to access that kind or file size,” Colantuoni said. “It would sacrifice access to multiple layer compositions and probably have a trade-off in performance. That is why we have multi-rez workflows in Media Composer and in Interplay | Production, and just this year have introduced software-defined storage in our Avid NEXIS system.”

Although it would be conceivable to archive the high rez original files off site, most editorial workflows like to keep them easily available so the proxies cut on the timeline can readily be linked to them for finishing.

“This is where the scalable capacity of a storage system like NEXIS becomes so crucial, because these days the proxies that are being edited are actually in HD resolution,” Colantuoni said. “The mezzanine format that Media Composer employs, DNxHR, is designed to handle multiple resolutions in the data rates they require.

There is also a DNX 36 format which can itself be used as a proxy format but is good enough for final output.

“That’s why we call DNxHR ‘Beauty without the bandwidth’,” Colantuoni said. “Fortunately, it has always been both Windows and Mac compatible without relying on Apple’s QuickTime for Windows so it doesn’t suffer from the vulnerabilities of QuickTime for Window’s lack of support.”

Editing 4K is no longer as daunting as it once appeared. Which is a good thing, because we all know 8K is right around the corner.