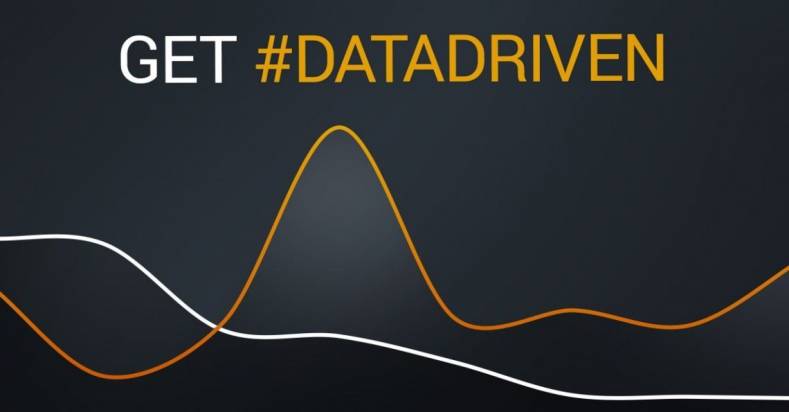 Ooyala just released its latest “State of the industry report 2017, Data driven video for the win.” The report shows that as media platforms change to meet consumer demands, the value of data becomes even more apparent.

The article reviews the Zenith report, which looked at the amount of time consumers spent reading newspapers and magazines, watching television, listening to the radio, visiting the cinema, using the internet, and viewing outdoor advertising while out of the home. A key point,

71% of internet consumption is now mobile.

By 2015 mobile internet access overtook desktop as the number one way consumers accessed the internet. Measured across the world, people will spend an average 86 minutes a day using mobile internet. Desktop viewing comes in second at 36 minutes per day. The takeaway is that 71% of internet consumption is done on mobile phones.

Data is the path to viewers

This result lines up nicely with the Ooyala 2017 study that claims data-driven video is now the center of the media experience. The Ooyala Global Video Index report found that more than 50% of all video plays were on mobile in 2016 for the first time; that number is expected to rise to 60% in 2017.

Other research identifies similar trends. Ooyala’s report; showed that mobile internet viewing has now exceeded that of desktops. eMarketer forecasts that U.K. adults will devote 53 minutes daily to watching digital video this year, and 27 of those minutes will be on mobile devices. In the U.S., mobile digital video will take up 31 minutes of the average viewer’s daily media time, up from just nine minutes only five years ago. 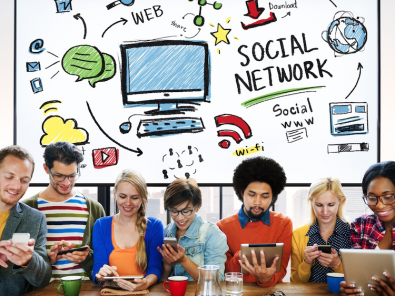 Millennials are often the most voracious consumers of mobile content. Those who produce content can ill-afford ignore this audience and data is a tool to help reach them.

Millennials remain the top generational users of mobile and video content. Many of the “cord-cutters” and “cord-nevers” who are rejecting pay TV are also “paper-cutters” or “paper-nevers.” They grew up in homes without newspaper or magazine delivery. Publishers need to serve up targeted news and information in the way these viewers want to absorb it.

Even so, geographic differences temper any one-size-fits all definition. The Reuters Institute Digital News Report 2016 found that both age and geographical differences affect social video news consumption. Viewers under age 35, particularly those in Brazil, Greece, Italy and Spain, were more likely to watch news video via social networks. Those same respondents in Finland, Japan and Germany were more likely to watch on news sites. 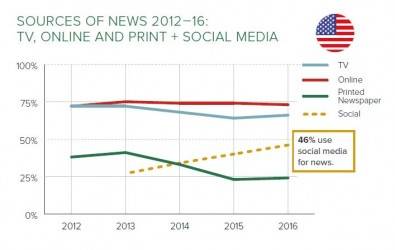 The biggest change in digital media has been the growth of news accessed via social media sites like Facebook, Twitter, Instagram, and Snapchat. In the U.S. for example, the percentage of people saying they use social media as a source of news has risen to 46%,– almost doubling since 2013. Image Reuters

The takeaway according to Ooyala, is that video and news publishers should use data to help them refine offerings and understand exactly who, what, when, where, how and

why their video is being consumed.

Smart content owners understand that live video not only sets them apart but affords them the freedom to explore new ways of sharing information and telling stories. Whether those stories are short-form or long, data is helping make them more meaningful to audiences who demand it their way always.

Besides, nothing says “immediacy” quite like live streaming video. It’s now a key point of differentiation among media companies as they seek to position themselves among a sea of content options, including the social platforms they seek out as partners. Live video streaming is expected to rise 39x by 2021, according to a new Cisco Visual Networking Index report.

“Live streaming is a distinct, new,

The takeaway is that data-driven and live video content are the future for competitive positioning and media growth. Look for more companies to double-down on investments in both areas, as content increasingly targeted based on data about viewers’ wants.

The Ooyala report suggests that data-driven video and advertising are the future. And, say the authors, video may be the best way to satisfy the four “I”s of the type of content that consumers want: Immediacy, Individualization, Interactivity and Immersion.

The complete Ooyala report, “State of the Media Industry 2017: Data-driven video for the win,” can be found at the above link.