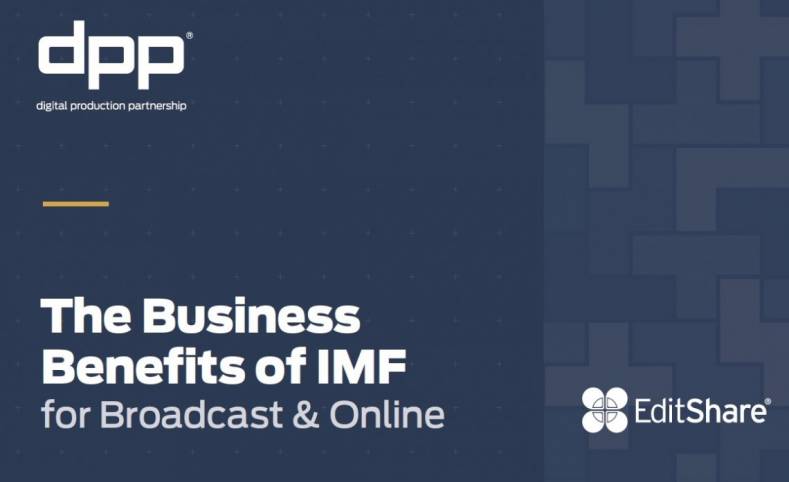 A report from the Digital Production Partnership shows how a coming IMF standard may help improve broadcast workflows.

The SMPTE version of the Interoperable Mastering Format (IMF) has been cinema’s road map for creating multiple release formats for movies since 2012. Now, thanks to the Digital Production Partnership (DPP), broadcasters have one too.

One of the most significant announcements released during the NAB Show 2018’s time frame was not an official event of the Las Vegas Convention Center’s techno-gala.

It was a proposed specification for an Interoperable Mastering Format (IMF) for broadcasters from the Digital Production Partnership (DPP), similar to the SMPTE-specified IMF that cinema producers have benefited from since 2012.

Although the final specification has not yet been released by DPP, an industry organization originally founded by the BBC, ITV and the UK’s Channel 4, Andy Wilson, the head of DPP’s business development, was good enough to give readers of The Broadcast Bridge an insight into its import months before SMPTE releases its official specification early this summer.

The Digital Production Partnership was initially set up in 2009 and helped guide the changeover from tape-based production to the use of digital files after the 2011 earthquake disaster at the Fukushima Daiichi nuclear power plant disaster crippled Japan’s tape manufacturing capability.

The switch-over was successfully accomplished by all major UK broadcasters on October 1, 2014, and DPP has since become an international organization with over 330 members. To support the IMF specification, they made the momentous “Business Benefits of IMF” report launch in conjunction with EditShare on Tuesday, April 10th.

As Wilson explains it, a consistent IMF format is imperative for creating all the different formats of masters required by today’s polyglot of release channels.

“An IMF package is a collection of files,” he explained, “containing all of the audio, video, subtitle, and metadata information needed to re-create the desired master,” Wilson explained. “Think of it like a recipe that tells you what the ingredients are and how to mix them together. But what kind of materials you use are up to the producer.” 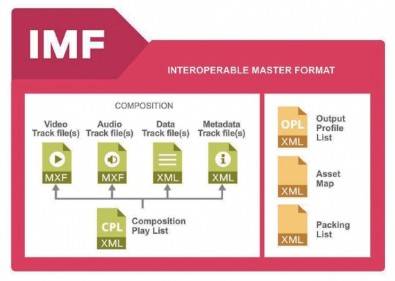 The Composition Playlist tells what needs to go into the final master. But the brilliance of IMF is the specific components can be changed to match the required output format. Click to enlarge.

While the IMF for cinema is based on JPEG 2000 material, the IMF for broadcast proposed by the DPP encompasses new TV-friendly formats like Apple’s Pro Res and eventually H.264, just to name a few.

An IMF actually is comprised of a number of components including: a composition playlist (CPL) containing instructions on how the version will be constructed from essence data, such as video, audio and subtitles, all wrapped into separate MXF files, and a output profile list (OPL) containing the technical transcoding instructions for a specific output format. During this process, the IMF re-purposes applicable essence components for different versions to minimize storage.

If you want to know how significant the advent of a universally accepted IMF format for broadcast can be, Wilson recalls that the recent release of the 50th anniversary episode of the international hit series, “Dr. Who” required the creation of more than 100 versions.

And some studios, such as Netflix, require every project to be submitted only in a SMPTE-compliant IMF format, with the essence files supported in .mxf wrapped .wav, .ttml or .imsc files.

Knowing that today’s HD releases will soon be competing with 4K and even 8K, it’s very probable that broadcasters will also soon benefit from a broadcast version of IMF as the submission format.

The DPP report, "The Business Benefits of IMF for Broadcast & Online"  is available at the DPP link and the SMPTE specification will be available for download in early summer.

The number of vendor specific playout and edit systems continues to increase year on year. Consequently, the different types of media and metadata files required by broadcasters follows suit. The unfortunate result is a complex system that compromises quality through…