Samsung’s Frame has already been copied by a Chinese TV maker.

As TV screens have gotten larger, the role of design and aesthetics has grown and reached beyond the CE (Consumer Electronics) makers to broadcasters and content producers. This is evident at recent trade shows such as CES 2018 earlier this year where focus on picture quality has been mirrored by efforts to make screens blend more harmoniously in the background.

This itself is hardly new because TV set design has been a major competitive focus ever since the industry’s outset. But the industry has entered a new era with innovative screens that can either fade into the background or double as works of art when not in use. Indeed, TV design has gone through many episodes in its history ranging from concealment to cutting edge high tech models.

In the 1970s, when TVs were comprised of CRTs but were still relatively small, efforts were made to disguise them as futuristic objects redolent of the space age, like JVC’s Videosphere, shown below. As CRTs got larger, towards the end of their era in the 1990s, the focus moved to concealment in cabinets as it became almost impossible to make them blend into the living room décor. With the advent of flat screens consumers were initially content just to have something less invasive, before increasing sizes coupled with slimmer form factors encouraged incorporating screens into walls.

Manufacturing economics coupled with appreciation that not all content favored a huge screen then raised interest in modular designs that would allow different-sized presentations. A notable example was the concept called Surfaces, which made a stir at IBC 2012 when shown by content security firm NDS. This was around the time of its acquisition by Cisco for $5 billion.

The design appeared to have been inspired by the 1990 high budget movie Total Recall, which was way ahead of its time in featuring a wall-sized TV, although in this case, the screen was composed of panels. This, NDS suggested, would cut manufacturing costs by avoiding the higher rate of rejection associated with single large panels, while allowing greater flexibility in presentation. The firm mounted six displays into a wall that could present TV or internet content when on and blend into the wall otherwise, looking almost like a glass mirror, while also functioning as a home control system. 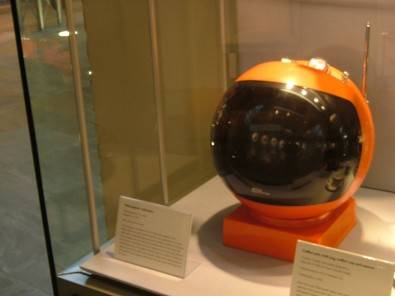 The Videosphere TV made by JVC in the form of a space helmet made quite a splash when it came out in the 1970s. Click to enlarge.

The idea disappeared rather without trace as NDS failed to gain the hoped-for traction within Cisco and the associated software division has recently been touted around for sale. However, the idea has been kicked around by others and a focal point of CES 2018 was Samsung’s giant 146-inch TV called The Wall, featuring a different form of modular design. Instead of comprising panels it incorporates micro-LED displays, which allow bespoke shapes by combining these micro displays in different configurations.

A TV display could be square or wide-screen, although whether the economics would be so favorable for making TVs to order by individual consumers is unclear. The concept was Samsung’s biggest statement of intent yet for its micro-LED technology in opposition to OLED (organic light-emitting diode), which is favored for high-quality displays by many other CE makers, especially LG Electronics.

While micro LEDs have some challenges, such as manufacturing cost, Samsung decided to bet on them rather than the more proven OLED technology because of the prospect of future quality and application benefits as well as longer lifespan. Micro LEDs are in one sense well proven as well, being just traditional LEDs shrunk down and placed into an array. This means that unlike OLED they are based on inorganic material, the gallium nitride (GaN) material already well established in regular LED lighting and shown to last longer than the organic compounds of OLED systems, which can suffer from burn-in over time.

The other advantage is the customization capability already mentioned that can produce screens tailored for different living spaces, coupled with the potential to develop future smart displays because each micro-LED can incorporate a sensor. This could, for example, enable the TV set to follow the viewer’s eye and adjust the display accordingly, with scope for improving the experience of say 360-degree video or Virtual Reality on large screens. This is one reason for Samsung’s heavy bet on micro LED technology, seeing perhaps the chance to progress from being a follower to a leader.

Samsung has also been producing aesthetic TVs with its Frame model developed in collaboration with designer Yves Behar. The screen sits in a frame like a painting flush against the wall and displays works of art when not in use. German TV maker Loewe has gone further by making a TV called Bild X, shown above, that resembles a contemporary sculpture itself, with the screen connected to a round base with a thin metal stand almost like a fine wine glass stem, with no visible cables.

Such developments present broadcasters with opportunities to create content which itself looks good on these boxes, perhaps even playing in the background between active viewing, giving added scope for personalization. 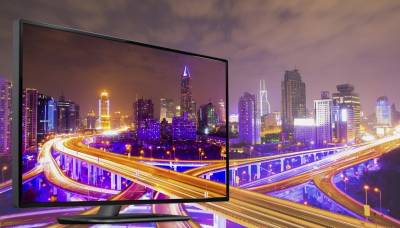 Everyone shopping for a 4K UHD television set these days is faced with the same question. What is high dynamic range, or HDR, should I buy it and what are the different flavors of it? What are the practical advantages?… 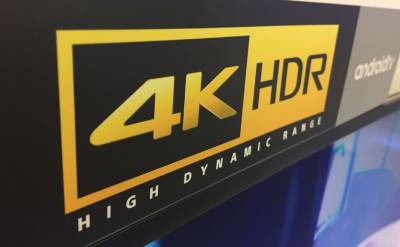 Which is Better: More Pixels or Better Pixels?

The race to ever higher pixel counts never seems to end. One result is that consumers now believe that the path to higher quality images is through more pixels. Yet, other technologies like HDR, WCG and HFR can enhance every… How to Choose the Right Display

Changes in the broadcast industry are bringing far-reaching repercussions. In particular, studios, control rooms and production houses alike are all seeking ways to streamline processes, adapt workflows and work in a faster and more intuitive way. This has given rise…