Broadcasters are determined to defend their golden goose of TV advertising against the invading online platforms.

European broadcasters are joining forces to meet the ever-growing threat posed by online competitors and especially the Internet giants.

Threats and counter measures were discussed at a recent meeting of the European Media Alliance, a group of major European broadcasters set up in 2014 to promote collaborative initiatives designed to bolster their own online presence and activities. Such partnerships are easier to foster among say public service broadcasters than some commercial counterparts and especially regional pay TV operators, because they do not compete much with each other. In pay TV the online threat is tending to drive consolidation through merger and acquisition rather than partnerships, leading to power in Europe being concentrated in the hands of a few major service providers or Telcos such as Sky, Liberty Global, Vodafone and Deutsche Telekom. Similarly, in the US, where the cord is cutting much deeper, we have seen AT&T acquitting satellite operator DirecTV along with ongoing discussions among various cable operators.

At the European Media Alliance meeting, challenges were broken down under three headings: content, distribution and digital advertising. Content can be split into acquisition and original production, with traditional broadcasters under pressure on both fronts. When it comes to content acquisition many have long been unable to compete with major pay TV operators such as Sky over premium rights to both sports and movies, with the online players only recently emerging as a threat to them as well. At least broadcasters have been able to fall back on their pedigree in original production, but even that has come under threat, as exemplified by Netflix’ lavish $130 million production of The Crown chronicling the early reign of the UK’s Queen Elizabeth II in the most expensive TV series to date. This was a series the BBC or UK commercial broadcaster ITV might have made in the past and indeed the latter has produced a much lower budget series about Queen Victoria.

The Alliance itself is operating as an umbrella organization stimulating and encouraging more specific initiatives, with an objective to exploit local opportunities for content production but also collaborate on a regional level, particularly within single language markets, and then pushing out into global OTT to reach say more dispersed diaspora.

Major sports leagues like the English Premier League are set become even richer as a result of the intensifying live sports content wars between traditional operators and the big Internet players.

One initiative covering content production and licensing has been formed by Polish broadcaster TVN along with its owner Scripps Networks, one of the world’s leading lifestyle content producers, and German broadcaster ProSiebenSat.1. This group is using Poland as a hub to produce short and long-form programming for the German and Polish markets, with plans to extend to other large European language markets. At the meeting, Christian Anting, Polish broadcaster TVN’s digital chief, who is also co-chairman of the European Media Alliance, said one aim was to build on the brand loyalty people had in their countries to create originals that could then be taken to a broader market via OTT. Creating originals for OTT was at an early stage of development, he said, but the alliance as a whole had identified projects that could be produced jointly and have appeal in multiple markets. He gave the example of Cape Town, a six-episode drama that aired exclusively on OTT in Poland, which TVN could never have afforded on a standalone basis.

Then on the advertising front, broadcasters are investing hopes in the European Broadcaster Exchange, a continent-wide sales group for online video and digital ad sales based in London. This will start operating in January 2018 after about two years gestation, also with Germany’s ProSiebenSat.1 at the helm, but in this case in partnership with French broadcaster TF1 and Italy’s Mediaset, which also has a presence in Spain. Between them these three claim 100 million unique viewers, a substantial target for advertisers, and each has agreed to pool some of their inventory in the venture to get started. The target in this case is primarily the Facebook-Google duopoly, which has about half the global digital ad spending market between them but more worrying for competitors accounted for 99% of revenue growth from digital advertising in the US over the last year, according to analysis from Pivotal Research. The duopoly is starting to encroach on the fiefdom of TV advertising on the back of their expansion into series and live content. 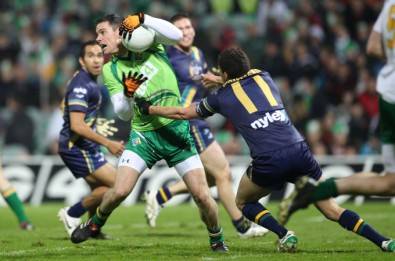 Increased competition for sports rights drives up prices for both broadcasters and consumers.

The problem for these European broadcasters is that while the initiatives may help resist the advance of the big Internet players into local series production and associated advertising they can do little to hold them back in top premium content with more global appeal on the OTT front. Now though the pay TV operators and Telcos that have stolen many of their crown jewels in recent years are themselves facing these same threats.

In the UK for example the Premier League football clubs are salivating over the prospect of Amazon, Facebook, Google perhaps crashing into the bidding for streaming rights when the next major TV deal for the 2019-2022 period comes up for auction early in 2018. This reflects OTT distribution coming of age for live sports distribution with increased capacity, improved QoS and stronger protection against stream piracy with the aid of forensic watermarking. 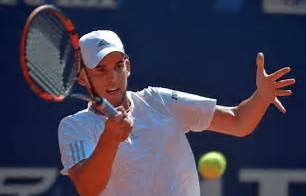 These big players have started competing for major sports rights, as Facebook's admittedly failed $570 million bid for online rights to cricket’s Indian Premier League demonstrated. In the US Amazon is streaming the 10 Thursday night NFL American football games this season at a cost of around $50 million. Amazon is also targeting global sports such as tennis by entering bidding on a regional basis as rights come up. It has outbid Sky to UK rights for tennis tournaments apart from the four grand slams in a contract worth around $13 million a year.

For the most part when it comes to premium sports, broadcasters will have to make do with the crumbs such as highlights packages.