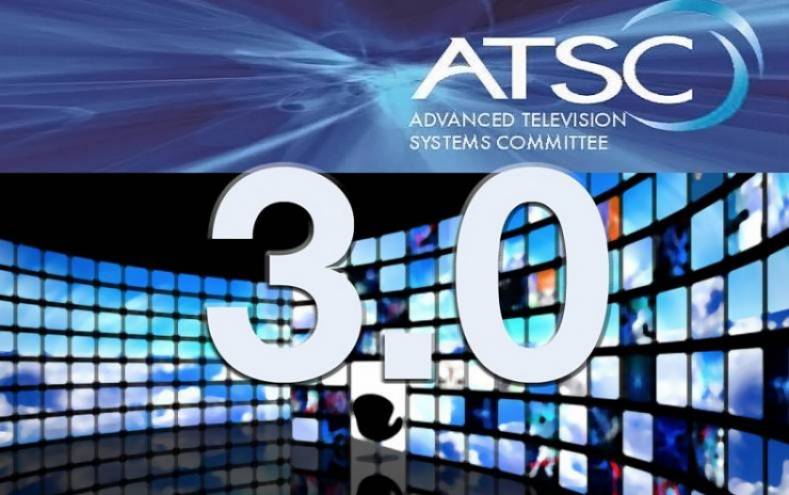 The ATSC 3.0 OTA transmission technology is OFDM-based and can deliver signals for linear 4K UHD as well as IP signals for mobile reception.

ATSC 3.0 broadcasting will soon become an established standard in North America and elsewhere. American broadcasters await the FCC's ruling (expected by end of the year) that U.S. broadcasters can legally use ATSC 3.0. Even so, a debate remains over the economics and practical value of migrating from the current 1.0 standard, which many HD stations are happy with, to a new and, less familiar, OFDM-based technology which brings with it uncertainty and added cost.

In February, the FCC authorized broadcasters to voluntarily deploy ATSC 3.0 on a voluntary and market-driven basis. Some broadcast groups, like Sinclair, in Baltimore and Tribune Broadcasting’s WJW-TV, in Cleveland, are now on the air with an experimental 3.0 signal. A current lack of ATSC 3.0-compatible receivers is hindering wide scale testing.

However, the big question is: What’s the payback or return on investment? Right now, no one knows the answer to that very important question.

Show me the money

ATSC 3.0 offers stations new capabilities—such as mobile video delivery, accurate viewer identification and consumer customization features—but it also brings challenges for both stations (new transmission equipment is required) and consumers (new TV receivers are needed to display the signal). And with no government mandate to move to ATSC 3.0 (as there was to stimulate the move from NTSC to Digital TV in the mid-1990’s), stations can choose not to participate and continue their HD service using the ATSC 1.0 transmission system.

Many foresee a time when, depending upon the DMA, some stations will be delivering ATSC 3.0 signals along with 4K UHD video while other broadcasters will continue to deliver an HD signal over ATSC 1.0. 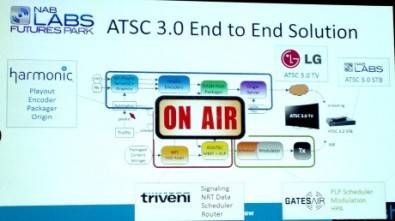 More than 15 companies exhibited components designed for the ATSC 3.0 system at NAB 2016.

Mark Richer, President of the Advanced Television Systems Committee (ATSC) said that virtually all of the major commercial groups and PBS stations have indicated “strong support” for ATSC 3.0. ABC and CBS have been noteworthy holdouts thus far, claiming the move is not worth the investment. It’s important to note that both of these network are developing and will soon launch their own IP-based OTT services to deliver their content in 4K UHD resolution.

“In the U.S, the transition to ATSC 3.0 will be industry driven,” said Richer, alluding to the lack of a government-mandated transition. “As is the case with most industries, broadcasters are motivated to leverage new technologies. While there are significant challenges, the benefits of ATSC 3.0 will drive the industry forward.”

Manufacturers of new ATSC 3.0 transmission equipment, like Hitachi Kokusai Electric Comark, GatesAir and Rohde & Schwarz, are eager for the transition to start, for obvious reasons. Yet they remain patient as many stations must first relocate to their reassigned channels as part of the FCC repack initiative. The repack is the result of some broadcasters agreeing to sell a portion of their spectrum. The FCC then auctioned that spectrum raising more than $19 billion. About $1.9 billion was set aside for auction expenses and to fund TV station post-auction relocation.

“The transition to ATSC 3.0 will happen in two basic steps,” said Joseph Turbolski, Director Sales Operations for Hitachi Kokusai Electric Comark. The company offers its Parallax, liquid cooled solid state transmitter, which was originally introduced in UHF and is now available in a VHF band 3.0 transmitter at NAB. 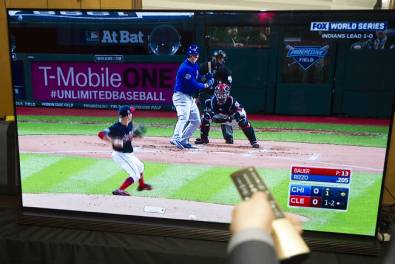 “Broadcasters are first going to make the transition from their current channel to the repack channel. Then at some point in time they will transition from 1.0 to 3.0. How long that transition takes depend upon each broadcaster’s business model and how they want to deliver video and other services to the public. The timeline will vary based on market, how many stations a company owns and other factors. Network-owned stations might have a different strategy than an independent station group that owns multiple affiliated stations.”

Both standards will be used

Turbolski said there will be a time when some stations are doing 1.0 and others doing 3.0, because there are network-owned stations that might have a different strategy than an independent station group that owns various affiliated stations.

“There’s two issues in the way of a smooth transition,” he said, “You don’t have a mandate from the government and there are no companion channels to experiment with as there were when the industry moved from analog to digital TV.”

In those early days (mid-1990s), stations could replicate (simulcast) their analog signal on a second digital channel. This allowed everyone to move to digital at the same time.

“So, you don't have this greenfield deployment of transmission equipment that every broadcaster can put in for 3.0.,” he said. “It’s going to be a lot more challenging and it’s going to be market by market.”

The ATSC’s Richer sees “a period of time” when ATSC 1.0 and 3.0 are utilized. ATSC 2.0 (which is a set of backwards-compatible tools and features that can be carried over the ATSC 1.0 RF layer and MPEG-TS Transport Stream without negatively impacting fielded receivers) may also play a role for some time. 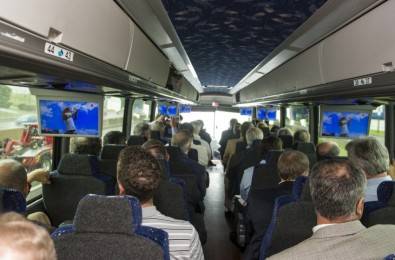 The mobile reception capabilities were successfully demonstrated by the ATSC in July of 2015 in and around Washington DC.

“The transition from ATSC 1.0 to 3.0 will take several years, until a critical mass on the consumer side is reached and the revenues generated by the new standard are self sustaining,” said Graziano Casale, Account Manager, Broadcast & Media at Rohde & Schwarz USA, Inc. “During the transition, there will be separate transmitters broadcasting ATSC 1.0 over 6 MHz and ATSC 3.0 on a different 6 MHz spectrum. Today, R&S offers solutions available to transmit in the new standard, plus an easy upgrade path to existing ATSC 1.0 transmitters, so a customer can upgrade anytime.”

Among those broadcasters that have expressed interest in moving to ATSC 3.0, Sinclair and Nexstar created a consortium in March focused on promoting ATSC 3.0 – and in July, they agreed to coordinate the transition to ATSC 3.0 in 97TV markets. Univision and Northwestern Broadcasting have also joined the consortium. Another consortium formed a few years ago is Pearl TV, which has been conducting market research on the potential for ATSC 3.0.

Rohde & Schwarz USA will supply the requisite equipment to many of these customers. Hitachi offers a ATSC 3.0 “Starter Kit” that enables a station to replicate the same service they now deliver in 1.0/2.0 with HD in ATSC 3.0, delivering 4K UHD video, immersive multichannel audio and mobile devices services.

Where is the ROI?

But what about the ROI? Why should a station that’s successfully broadcasting an HD signal (and maybe one or two digital subchannels) today disrupt its operations for an untested system that consumers might not want—given the many choices already available to them? 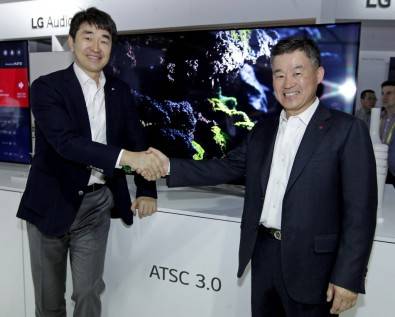 At this year’s CES Show in January, LG Electronics introduced several new ATSC 3.0-compatible TVs for the Korean market, ahead of the 2018 Winter Olympics which will be broadcast over the air in 4K UHD.

At this stage is hard to quantify the ROI; it's too early in the game,” Rhode’s Casale said. “It's not just the transmitter and the physical layer investment, which will be partially covered in many stations by the FCC repack. ATSC 3.0 offers the possibility to provide many new services to the viewers, which require adequate investment by TV stations because such structures are not in place.”

Some of the new potential revenues generated by the new standard include:
• more bandwidth and better coding efficiency that will allow broadcasters to offer more services in the same 6 MHz (i.e. 10-12 HD services).
• more robust RF transmission and SFN networks will increase reach to more viewers in more locations and on new devices.
• targeted advertising based on location or customer profile via the return channel, which will increase the potential advertising revenue; and
• file datacast, which opens an all-new set of possibilities and opportunities.

“Plus,” Casale said, “broadcasters will still be responsive to any emergency and provide audiences with vital information. With the new standard, it will be possible to ‘wake up’ the device in case of emergency to send time-sensitive information to viewers.”

It remains to be seen how the transition to ATSC 3.0 actually shakes out (after the repack) and how long it will take. The conditions today are a lot different than the previous analog to digital transmission migration in the U.S.

With the ATSC 1.0 transition, it was a greenfield situation, backed by an FCC forcing stations to make the move. The government created a coupon program and consumers could receive a free convertor box allowing older TVs to remain in place.

The effort started slowly, with a test conducted by 25 television stations on November 1, 1998 and by February 17, 2009, 641 stations representing 36 percent of U.S. full-power broadcasters were transmitting exclusively in digital.

Like before, many industry pundits say broadcasters have no choice but to make the move to transition forward. In the mid-1990s, Snell & Wilcox ran a marketing campaign that said “Adapt or Die.” Time will tell if that slogan holds true for those broadcasters moving to ATSC 3.0.