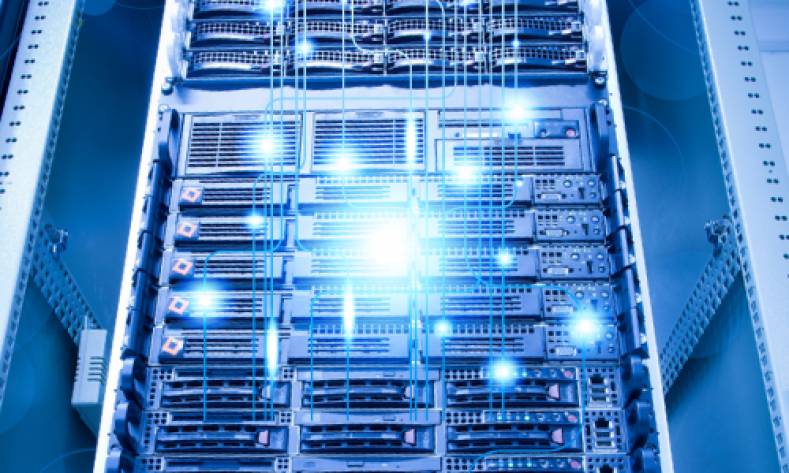 While ubiquitous for broadcast video playout, the video server market segment is about to undergo rapid changes.

When video servers first appeared in the broadcast marketplace, few could have predicted how important this technology would become. Fewer still could have guessed at the explosion of video server vendors, the competition, and as of today, the implosion of prices. Yet, that is the situation the industry finds itself. For the task of playout, video servers rule.

The video server arena can be traced to the introduction of the Tektronix PDR100 Media Server at the 1995 NAB convention. The product was an instant hit because it represented an entirely new way to record/play video. In a small package the PDR100 could instantly replace much larger and more expensive broadcast tape-cassette based robotic playout systems.

The PDR100 could initially incorporate 4, 6 or 12 4-GB SCSI hard drives. While small compared to the size and speed of today's hard drives, these 4 GB hard drives were state-of-the-art in 1995.

Within three years, multiple media-centric companies introduced their version of the video server. At one time there were more than 15 companies claiming to produce video servers. Early entrants included Hewlett-Packard's MediaStream and SeaChange's Media Cluster. 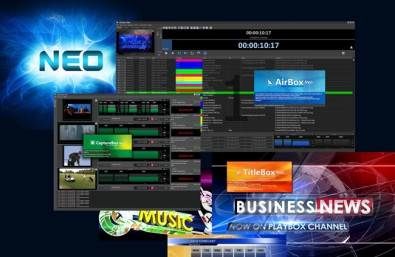 The benefits of IT

Today, the video servers used in playout applications resemble more, the IT-focused server common to thousands of data centers. The price of video servers has dropped because the performance of the data center hard drive now meets the needs of high-bandwidth video applications. Server manufacturers are making millions of these drives instead of thousands, which would be the case if the devices had application only to broadcast. Broadcasters greatly benefit from the volume of devices being sold into the data market. The design of today's broadcast video server is highly leveraged with IT technology.

Historically, broadcasters were used to paying higher prices for many technology solutions. Media-centric applications are more demanding. While video must be delivered on time, every time, database systems can withstand wait and resend periods as required.

Despite broadcaster’s history of being willing to pay more for specialized products, smaller budgets met with lower priced COTS solutions resulted in pressure to accept less-focused solutions. The marriage of COTS hardware and video was made.

The playout server is the broadcaster's version of a store cash register. No station or network is willing to chance playout errors because it directly affects the bottom line. The new COTS hard drives enabled broadcast video servers to be even more reliable and long lasting than cassette-based playout systems.

Manufacturers soon added production technology to the playout servers. Now the servers could perform more tasks than just video playback. The server could create, manage and playout an entire channel’s worth of media. This solution became known as Channel-in-a-Box (CIB).

Early solutions were not without their problems. The required power to process moving video challenged the capability of that day's chip technology. Software work arounds were needed to hide any video imperfections. Even so, the one-box per channel solution quickly became a popular choice for single-channel applications.

CIB products soon gained traction in situations especially where only limited functionality was required. According to FutureSource, the trend of using CIB solutions is most advanced in mature markets like North America and Western Europe. The more price sensitive emerging markets favor more traditional playout solutions. This suggests that the mature markets are simply further up the learning curve and are more open to alternative products.

Early descriptions of “The  Cloud” were as varied as are ‘real clouds.’ Despite early predictions by some that the low speed of both up and download connections would doom most video-centric applications, that has not been the case. File transfer applications can speed video to and from the cloud, just like it can when moving content across the country.

What is now driving video to the cloud is the creation of cloud-based virtualized infrastructures. Once a solution or application is virtualized, it can be hosted in the cloud. Even more valuable is that additional copies of that task can quickly be spun up and down as workloads change. Expect even more cloud-based video solutions to become popular.

Despite all of these new and exciting uses for video servers, the server manufacturer industry is currently facing challenges. As with all product areas in broadcast, video server vendors need to evolve to address the rapidly changing marketplace. Not all manufacturers will survive the next five years and the ones that do survive will be the companies that move with and ahead of the changing tide.

Should one avoid using video servers? No, that would be almost impossible. It does mean buyers need to consider carefully the vendors of such video products and their plans to support the near-term changes coming to OTA broadcast. Will the gear support new formats, autonomous operation, cloud-based playout or virtualized operation? These are but a few of key topics worth mention in any discussions about video servers.