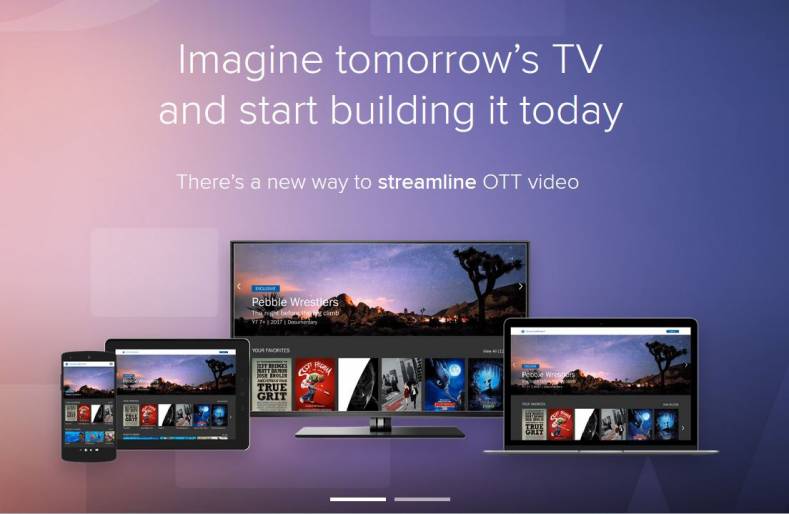 One could walk the halls of NAB 2017 and be greeted with plenty of glitzy cameras, lights and examples of 4K and HDR-enabled technology. Clearly dual themes of 4K/UHD and HDR were predominant. But another, no less important, theme was being highlighted in the metadata-focused booths.

Metadata doesn’t carry the same glamorous flash as other technology. But for C-level managers looking for new tools to improve profitability and content throughput, Metadata is the oil that can make the video systems sing.

Those three terms might be the mantra from any executive heading up a production house, sports or TV network. The smart ones realize that broadcasters need to create, process and transmit more content and a variety of content to multiple platforms—all more efficiently.

Echoing these pressures is a just-released study from Ooyala and Futuresource. Titled, “The Lifecycle of Content—From Production to Monetization,” the white paper looks at what viewers want and how metadata can help deliver it to them.

The continued rise of multiplatform content consumption (TVs, tablets, phones, streaming) means OTT and other broadcasters need to know more about their audiences including viewers’ preferences in programming, formats and platforms.

The research, which included input from both traditional and new media operators across multiple geographies, identifies common concerns and challenges due to the new era of TV and its digital transformation to over-the-top (OTT) delivery. All participants agree OTT is necessary to match audience demands and grow video businesses. However, the study cites new pressures on finance and resources.

●The integration of, and interoperability between, new and legacy infrastructure

●The lack of standardization and automation of metadata

●The under utilization of metadata to improve experiences, enable personalization and, subsequently, achieve greater monetization

All of these issues were addressed in various forms, formats and solutions at NAB 2017.This study brings many of those viewpoints into a clearer focus.

Let there be no mistake, the TV industry is transitioning to serve a more aware and demanding audience. These viewers are no longer satisfied with the old ways, siloed content, linear programming and text-centric, gridded program guides. Throw out the old rule book, it is no longer relevant or sufficient. While the old ways continue support a successful business. But for how long? 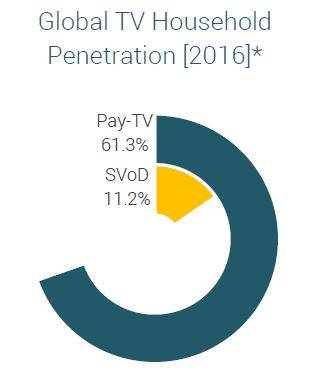 With only a handful of exceptions across the globe, pay-TV subscription revenues have continued to rise, performing well through times of recession and, to date, remaining relatively robust against the tide of online video services. Source: Futuresource’s Global Pay-TV Insights Service

OTT video services are rising in popularity across all world. That uptake is driven by ubiquitous consumer access, connected devices and continually rising broadband speeds all of which fuels consumer appetite. This rate of uptake has for many broadcasters resulted in a requirement to rapidly adapt and upgrade existing systems, often with time and budget constraints.

But the OTT train is gathering further momentum and popularity, especially among younger demographics. These new viewing habits are beginning to match that of older-form linear and scheduled broadcast viewing. All of this has been, and continues to be, influenced by the Netflix revolution. 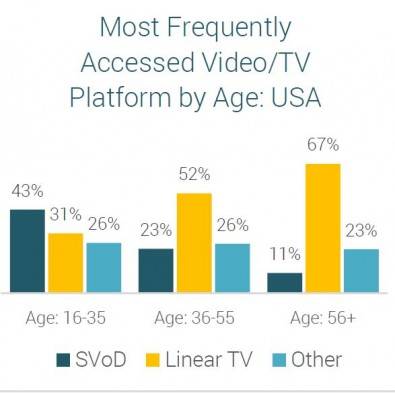 The OTT train is gathering further momentum with its popularity among younger demographics beginning to match that of scheduled broadcast viewing. Source: Futuresource’s Online Consumer Survey Program: Living with Digital

We have to do more, but with fewer resources

As OTT services migrate to increased distribution of live programming, especially highly visible sports,the pressures to change the way video and businesses are processed and managed must change.

The consequence of the limited monetization opportunities (in certain scenarios adding cost) compared with traditional broadcast means money for the OTT delivery infrastructure is often sought from within an existing broadcast infrastructure budget. This places increased pressure on departments to optimize infrastructure and improve efficiencies with no increase in spend. Hence the rally cry, “Do More, With Less, but Faster, Cheaper.”

The majority of survey respondents said that combining similar tasks of the management and distribution of traditional broadcast and OTT workflows is a key consideration and future objective. The way organizations traditionally have grown either through acquisition or even just rapid organic growth, has resulted in many functions operating independently. In some instances discrete or incompatible workflows or even separate departments have resulted. This siloed approach has meant that integration and therefore automation is problematic. Survey respondents often called their systems ‘bandaided’ together. Another common theme from survey respondents, “We now have to do more with less.”

Despite the industry’s efforts to promote interoperability, integration remains one of the major headaches facing media operations today. And, as anyone working in these spaces will verify, workflows and systems continue to increase in complexity.

The speed of consumer acceptance and subsequent high demand for on-demand content has meant broadcasters have limited time to plan and deploy ideal workflows.

Appreciation of the proposed benefits of fully optimized integration is certainly not in dispute, however respondents may be reluctant to change based on concerns over unsuccessful deployment. These concerns are due to the traditionalist nature of the sector, “This is how we’ve always done it,” paired with apprehension that new systems will not meet their expectation, resulting in operators unwilling to jeopardize existing and reliable workflows. 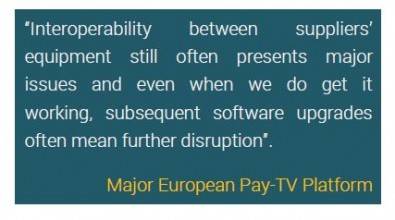 The teething problems related to integration impact the very areas that effective integration is seeking to improve.

Staff resources: Facilities often find they have limited personnel with requisite skill sets to manage the integration process. Even where skill sets are present, staff are often too busy to implement new workflows and train other staff.

Time: Time to install, deploy, staging and testing. There is never sufficient time.

Cost: For many, this was the most significant factor in updating systems. In many instances mandated department cost reductions are limiting investment, particularly where potential cost savings are not clearly evident or justifiable. Testing on a staging system also adds significant cost.

Standards: Facilities are not equipped to manage the integration of multiple disparate systems. Standards have yet to mature to the point where customers believe that gear from vendor A can reliability connect to gear from vendor B and both perform as expected. Survey respondents said the lack of commonality in communication between the standards is widely considered to be a primary objective for vendors to resolve.

Is there a solution for under staffed, over worked, cash limited facilities? Yes, The survey illustrates the benefits of making even small steps toward efficient workflows. The key factor is automated workflows based on metadata.

The survey reports, “Beyond OPEX / CAPEX benefits, the automation of metadata in integrated systems - including the collection and standardization, through to management and optimization - is becoming an increasingly important benefit, particularly for broadcasters managing distribution across platforms, services and geographies.

In environments where integration has been fully optimized, the benefits are clearly recognizable. In facilities were automation is present workflow is faster and headcount is reduced. Source: Futuresource’s Global Pay-TV Insights Service.

There is an increased appreciation of metadata’s potentially critical role by broadcasters, with respondents accepting the requirement to act. Sometimes, this early step is as simple as standardizing the manual input process to feed automated solutions that are already in place.

Metadata offers benefits from an asset management perspective. But it can provide even greater benefits in the ability to track, manage and control assets with minimal human intervention and the subsequent potential error.

But the real benefit comes from linking data from viewers' actions back to the production and broadcast facilities. Reliable data on what viewers watch, for how long and QoS will benefit greatly programming and business decisions going forward. 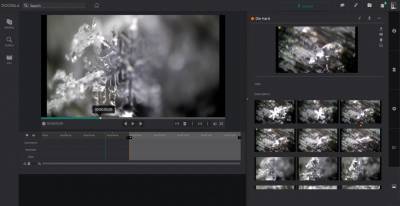 Ooyala has launched fresh versions of its MAM and Reviewer applications for media logistics platform, Ooyala Flex. These are intended to make it easier for media companies to manage, review and approve video assets while automating steps in the workflow.