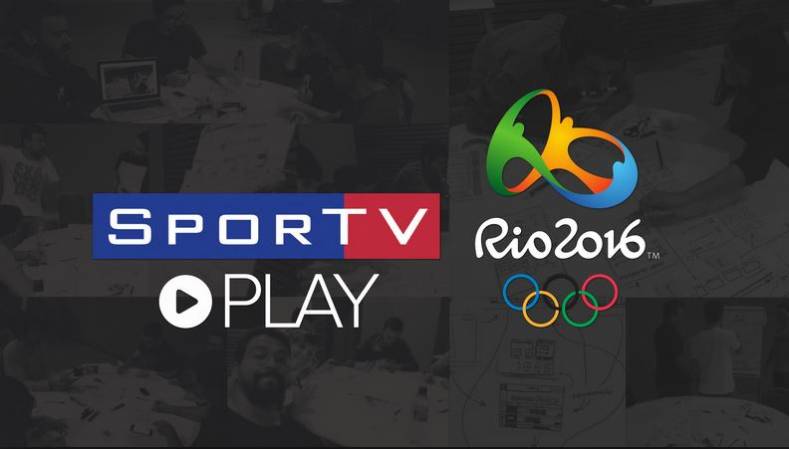 SporTV was an integral player in Globosat's nation-wide broadcast of the 2016 Olympics. Image: SporTV

Major sporting events, like the Olympics and World Cup Soccer are no longer linear-appointment broadcasts. Viewers around the world want to see their country’s star athletes performing no matter where the action takes place or where the spectator is located. Elemental Technologies enabled Globosat to meet the Olympic viewing needs of an entire nation.

When it comes to sports, viewers are no longer willing to schedule their lives around event timing. If their favorite Olympic swimmer is scheduled to participate, they want to be able to see him or her perform in real time, no matter where the viewer is located, be it in a car, train, bus or office.

Elemental recently hosted a special event in Rio De Janeiro, Brazil to highlight Globosat’s massive Olympic coverage, The network packaged and delivered a total of 60 program channels to viewers in Brazil. The event focused on key underlying technology used by Globosat to produce and then deliver 16 channels of SporTV plus 44 IP-based channels, including VOD and 4K of Olympic 2016 content to mobile, web, OTT and to multiscreen devices and hybrid STBs across Brazil. 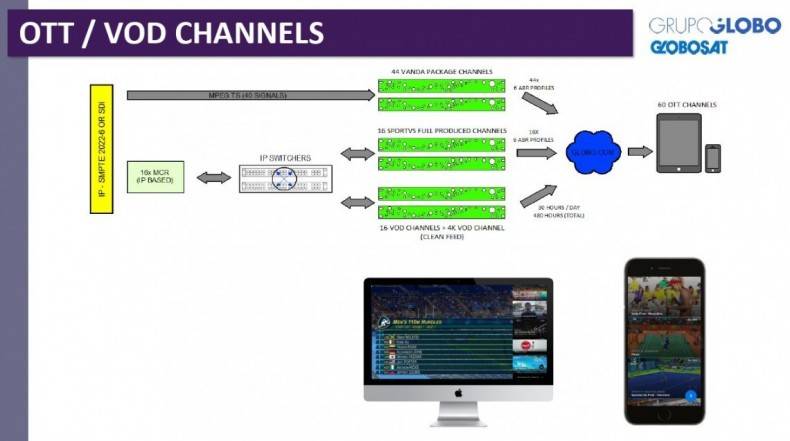 Basic signal flow to create and distribute the 60 channels of content for the OTT and VOD audiences. Click to enlarge.

“The initial transport stream consisted of 40 channels. But then two weeks before the Games started, there was a decision to add four more channels, now we had to support 44 channels. But we didn’t have time to put together more boxes, so we decided to use the same infrastructure we had already built from Elemental to handle the additional four channels.”

Globosat control room used to produce and package one of the many live feeds from the Olympic venues.

Globosat is part of the Grupo Globo group of media companies that reach virtually 100-percent of Brazil. The technology executives at Globosat set the goal of delivering 100-percent of Olympic content live to Brazilian viewers everywhere.

The Olympic coverage would be beamed not to just viewers’ home TV sets, but to practically every reception device imaginable, including OTA televisions, hybrid STBs cable and satellite, the internet and mobile devices.The Globosat technology gurus didn’t stop there. Their plans included providing not just one production feed of Olympic activities, but rather a total of 60 feeds covering every event, in real-time or on-demand.

‘"Our approach was to produce 100-percent of the events live over the regular pay-TV distribution [network] along with the IP distribution as well,” Roberto Primo.

The Rio-based Globosat studios received 92 program feeds from Olympic venues. The program packaging was handled at Globosat studios where the live events for the 16 channels of SporTV Play were managed. SporTV Play is a mobile and internet streaming platform. Viewers can watch interactively on the platform and even set reminders for favorite events so they don’t miss the action. One of the 16 channels is reserved as a 24 x 7 directory channel, which helps viewers find desired content.

The system design enabled Globosat to provide 93% of the live events to be distributed on those 15 channels. The remaining 7% of the live content was distributed over 44 IP channels via the internet and to hybrid (IP/cable/satellite) STBs.

The Elemental encoding equipment for the 60 Globosat program feeds occupied only 10 RU spaces as shown here. The Elemental devices are those with the green LEDs.

To make all this work required sophisticated streaming encoding. Globosat has a multi-year relationship with Elemental dating back to the 2013 World Cup Soccer games to encode high-value content. This made the decision to again partner with Elemental for Olympic content, to paraphrase a chicle, elemental.

To build each of the program streams, Globosat relied on 15 separate production control rooms. The individual program feeds connected directly to the Elemental encoders. This included the VOD and 4K VOD program channels. The Elemental encoders delivered in a total of six profiles.

Initially the Globosat team designed the coding scheme for a total of 40 delivery channels. However, two weeks before the games were to start, management requested an additional four channels be added. Leveraging Elemental’s flexible design, engineers simply reconfigured the available bandwidth to handle the now 44 output channels. No additional equipment was needed.

The 4K content was produced by NHK, which captured the images in full 8K. The content was then down converted to 4K and handed off to NBC, which forwarded the feed to Globosat. While the opening ceremony was carried live, other 4K content was delayed about an hour to allow for 8K to 4K processing.

How much bandwidth was required for the various channels? According to a Globosat official, The 16 play-to-air channels were carried at rates ranging from 9Mbs to 15Mbs. The HD channels ran at 15Mbs. The IP OTT channels averaged 64Kbs - 2.5Mbs and the 4K UHD channel ran at 24Mbs 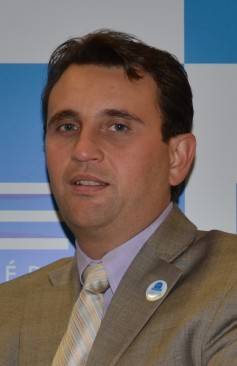 Once Primo and his staff had defined the production workflow, it fell to Brazil’s NET to handle distribution. Managing the massive distribution task was given to Marcio Carvalho, Director of Marketing, NET.

NET company operates under three brands; NET, which delivers cable, telephony and broadband, Claro the mobile company and Embratel, a major Brazilian telecommunications company. NET is number one in pay TV, with more than a 50-percent market share, serving 10 million customers. Also it is number one in fixed broadband with 8 million customers. The company also serves 54 million mobile customers. "This all combines to create the perfect environment for NET to deliver the Olympic Games to the majority of the [Brazilian] population,”said Carvalho.

NET delivered a total of three free-to-air channels, 22 HD channels including the 16 channels of SporTV, plus the 4K channel. These channels were delivered via both cable and satellite.The network estimates that between two thousand and five thousand 4K sets were at some point tuned into the 4K UHD channel.

The solution was to rely on hybrid IP/cable/satellite STBs that could decode both DVB and IP content. This meant that all 44 channels already slated for internet delivery, were now also available on the hybrid STB.

Elemental CEO & Co-founder Sam Blackman was asked why his company was uniquely positioned to meet the needs of this huge Globosat project. After all, no technical manger wishes to risk such a high value event like the Olympics to unfamiliar technology.

Responding, Blackman noted, “It began three years ago, with Elemental supporting Globosat’s 4K World Cup Soccer coverage. Because the results were successful, Globosat executives, obviously considered the Elemental solutions as key to being able to deliver on their massive plans for the 2016 Olympic coverage.”

Getting to this level of trustworthiness requires several years of successful proving grounds. Said Blackman, "Elemental’s core purpose, since we started back in 2006, has been to perfect the media experience and help our customers move from the traditional linear broadcast world to the multi-screen world that we all live in today--when you can watch any Olympics event, fully produced on your device wherever you are."

Elemental enables connection with viewers on a massive scale

Key to Globosat’s coverage was being able to delivery many channels over limited bandwidth paths in multiple profiles. With the proper solutions and connectivity it becomes possible to connect viewers to content on a massive scale, “Now you can watch it whenever and wherever you are. You are now are connected to literally billions of mobile devices, ” Blackman noted.

“Workflows are no longer static. And Elemental has built a variety of components that allow our customers and partners to deliver their content on whatever devices their consumer want to view it on. Blackman continued by listing some of the components Elemental can provide; Elemental Server, Elemental Live, Elemental StatMux, Elemental Conductor and Elemental Delta."

At last year’s IBC, Elemental announced it had been purchased by Amazon (AWS). Blackman noted that with [AWS] Net care, Elemental can use AWS Lambda, which can trigger blanking, or insert slates, and bugs or logos based on scheduling and what events are taking place. “We’re integrating with AWS storage,”he noted.

“Fundamentally [we] want to build building blocks that allow our customers to deploy the workflows they want, so they can deploy Elemental best-in-class components as they like. They can use the whole end-to-end system or they can just use the components that make the most sense for their given workflow.” 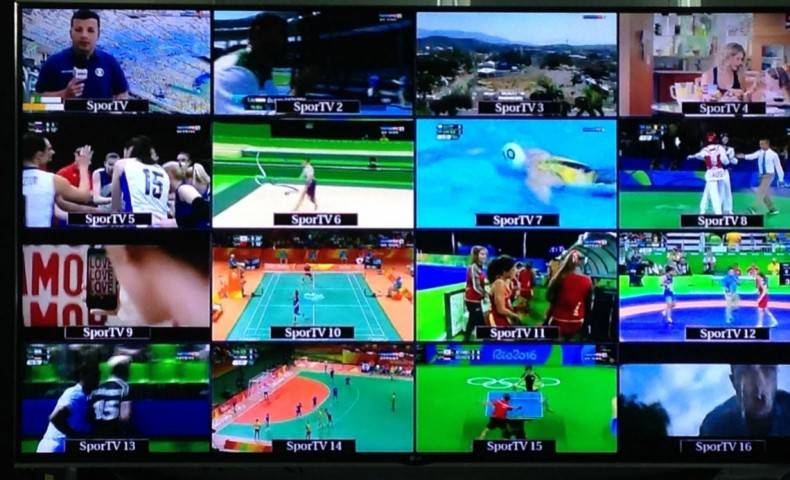 So what does this mean to future broadcasts?

Broadcasters and content rights holders must recognize that It is no longer satisfactory to deliver only a few selected portions of high-value sporting content. Fans what to be able to access their teams on any device, anywhere and at any time. Meeting this viewer need requires a unified production and distribution chain.

According to Blackman, Software Defined Networks (SDN) are real solutions and are available today. He suggested:

Certainly the success of Globosat’s impressive 2016 Olympic broadcasts show what is now possible. In terms of sporting event coverage, Globosat has set a high mark that other networks will now have to try and match.

Comcast has selected Elemental video processing software to power encoding for its X1 DVR. Last year, Comcast began offering customers the X1 DVR with cloud technology, which lets customers record TV shows and movies in the cloud to enjoy at… 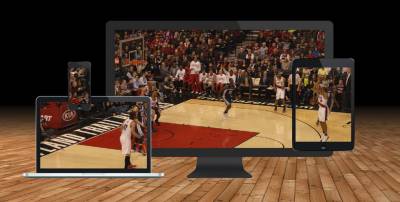 BT Standardizes on Elemental to Deliver Premium Content to Any Device