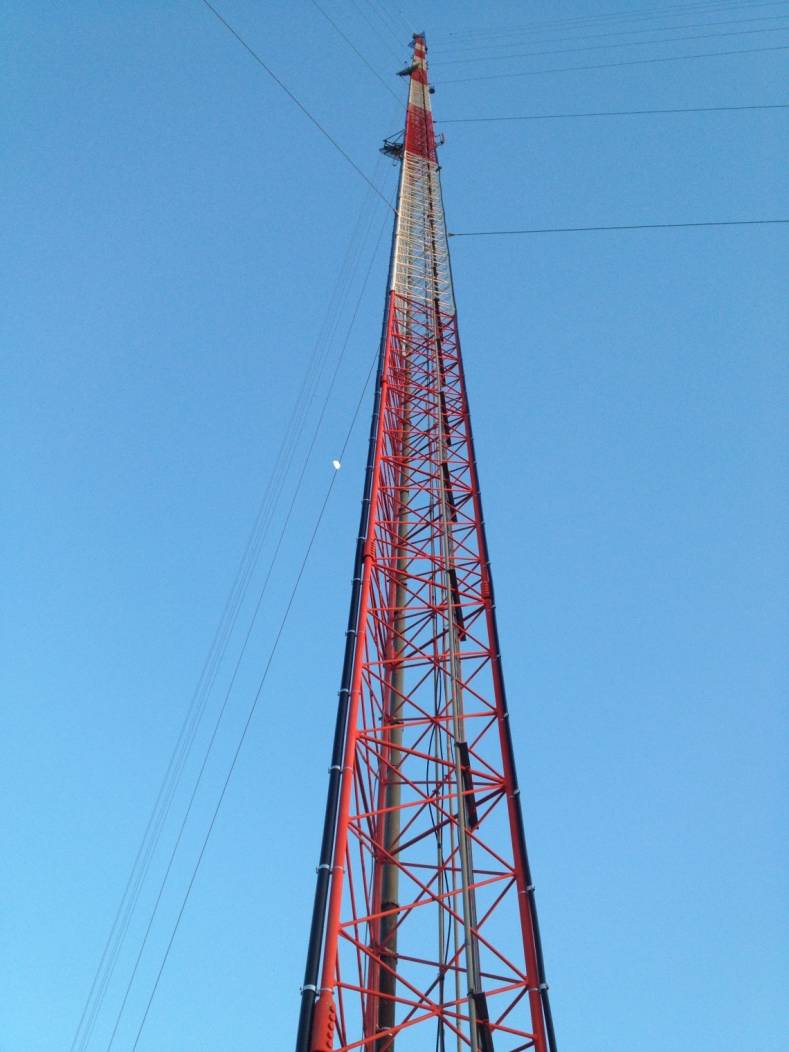 Can broadcasters support the cost of updating expensive RF systems in light of required channel changes and ATSC 3.0?

TV broadcasting is always changing, but other than the DTV transition and the loss of upper UHF channel blocks in 1983 and 2009, the TV RF transmission sector has remained relatively stable. Significantly higher efficiencies make the cost-effectiveness of replacing first-generation, high-power DTV transmitters attractive, especially as some approach 16 years of service.

Stations buy a new transmitter when they need one. Routine transmitter replacement is to be expected. Relatively suddenly though, tomorrow’s TV RF transmission sector appears headed into a storm. FCC repack, ATSC 3.0 and UHD are all lined up to rain on the status quo.

I happen to be contract transmitter engineer at a full-power TV station that isn’t exactly typical. KRBK FOX in Springfield MO operates a 5-transmitter SFN on Channel 49. The SFN is an efficient way to cover a broad and hilly market contour without expensive brute force, and it could multiply the station's cost of repack by 5.

KRBK is participating in the spectrum auction. The options and identifiable potential expense risks are nearly overwhelming. The question that rises to the top of the unknowns list is whether federal money budgeted to finance moving stations to new channels will be sufficient. Wireless carriers think so. Some broadcasters including myself are saying “not so fast.”

Right now, the future of over-the-air TV is in a pre-storm fog of undetermined frequency changes and a new broadcast encoding scheme fully incompatible with all that exists today. When will the channel plan from auction be announced? What’s the transition plan to ATSC 3.0? Right now, nobody knows either exactly. 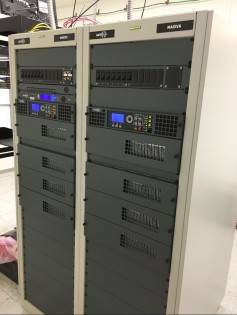 KHOD-TV in Bend, OR recently installed a GatesAir Maxiva UAXT. The new transmitter costs less to operate and is frequency agile.

The advantages and benefits new TV transmitters on display at NAB 2016 are energy efficiency reducing the of the total cost of ownership. Also trending upward are new monitoring solutions to verify that content leaving master control is actually being broadcast on the air.

Nearly all new TV transmitters are ready for repack and ATSC 3.0. They can be re-tuned to a new channel if the station changes channels in repack, and upgraded to ATSC 3.0 with software or a new exciter when the time comes.

Some stations already own frequency agile transmitters. Transmitter manufacturers are confident they can keep up with demand for new ones. Antennas are the repack choke point.

Most stations changing channels will need to add a new antenna to their tower. Only 10% of US TV stations have backup antennas. For those that don’t, temporarily co-locating a second antenna will require serious planning.

Like the parallel transmission DTV transition, the first decision will be about the tower. Is it better to lower the existing channel antenna to the side and put the new channel antenna on top or vice-versa? Either way will require tower crews, possibly already being booked to help other TV stations do the same thing.

The FCC is allowing only 39 months for stations to apply for a CP and complete construction. The FCC states on its website “no station will be allowed to continue operating on their pre-auction channel more than 39 months after the repacking process becomes effective.”

Wireless carriers say 39 months is a reasonable deadline, but their skill sets aren’t exactly transferable. There’s a big difference between an array of low-power panel antennas side-mounted on a 200’ tower, and a high-power broadcast antenna custom-built for a specific channel and radiation pattern perched atop or aside a 1000’ TV tower. Logistics and resources will be the challenge and may be the key.

Move in, do job, move on

It will take time for manufacturers to build custom antennas and for trucks to ship them, and more time for stations to marry their new antenna to new transmission line on a tower. Many stations involved in the auction are feeling pressure to place orders as soon as possible to get in line for antenna and transmitter deliveries that beat the FCC’s deadline. Availability of experienced contract installers and tower crews ahead of the FCC deadline is another delay issue.

Right now, nobody on TV channels 40-49 knows exactly how repack will affect them, but they soon will. The Initial Commitment Deadline is 29 March 2016. The Initial Clearing Target and Band Plan will be announced three to four weeks after the Initial Commitment Deadline – which is during NAB 2016 or the week following it. Actual channel assignments won't be announced until the Forward Auction is complete, likely this fall at the earliest.

With the change to ATSC 3.0, there are no free set-top-box convertors being supplied to viewers. For those without cable or satellite, their TV will overnight become useless--and they don't even know it's coming.

Perplexing every US TV station is the coming migration to IP-based ATSC 3.0. From a broadcast engineer’s perspective, the 3.0 transition is as simple as a software upgrade or exciter replacement. The problem is on the receiving end. ATSC 1.0 and 3.0 are fully incompatible.

Conversion available to consumers is through a set-top cable or satellite box. Viewers who subscribe to a multichannel video programming distributor (MVPD) won't notice a quality difference with ATSC 3.0. Conversion will be performed at the head end. Viewers who've cut the cable will need a new TV or some type of convertor box. Today's big-screens receiving ATSC 1.0 signals will become as obsolete as NTSC. It won’t be like the DTV transition or spectrum repack.

As of now, no TVs sold in the US include ATSC 3.0 tuners, including the latest 4K models. That may begin to change this time next year. Just this week, a group of Korean companies successfully tested end-to-end 4K over ATSC 3.0. Korea plans to launch terrestrial UHD using ATSC 3.0 in February 2017. The 2018 Winter Olympics in South Korea will be produced in UHD and broadcast in South Korea in ATSC 3.0 UHD.

The 3.0 transition will depend on the public buying new receiver/displays. When is a good time to flip the exciter switch from 1.0 to 3.0? It’s not when you know you’ll lose viewers.

To maintain viewers and brands, some are suggesting a plan that requires broadcasters in local markets to cooperate. ATSC 3.0 can broadcast 5 HD channels. The idea is that the first station in a market to go 3.0 could broadcast its primary network channel and four other primary network channels from other local affiliates in its 3.0 bandwidth. Those five channels could cover ABC, CBS, FOX, NBC and PBS. The second 3.0 station in the market could carry its own signal and four other local 1.0 stations.

Stations still transmitting 1.0 would simulcast the 3.0 stations' primary network channels on 1.0 digital sub-channels while viewers in the market catch up. For cable and satellite viewers, the channel number may not change. This interesting strategy is referred to as “lighthouse stations.”

How long will take for the industry and public to embrace ATSC 3.0? Who knows. It would be as fast as possible if it weren't for the incompatibility issue. When the changeover happens, it will change what TV stations do. Some of those changes will include new potential revenue streams having nothing to do with traditional TV programming. ATSC 3.0 is IP. It's a private, branded, network backbone.

With up to a 60 MBps ATSC 3.0 payload, some broadcasters may be selling some bandwidth to non-TV uses. TV broadcasters have the tallest towers, most powerful transmitters and most thorough penetration of nearly any local RF signal short of AM-band radio. Many, including local fire and police communications could benefit greatly from a DTV signal’s blanket coverage.

The author thanks GatesAir Chief Product Officer Richard Redmond for his assistance in preparing this story. 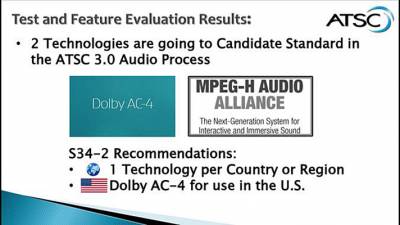 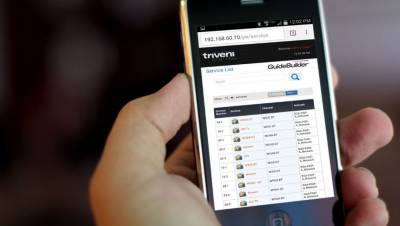