The trials were announced in March 2018 and also involve Australia’s two national public broadcasters SBC and ABC. Free TV is taking part as the industry body representing Free-to-Air Australian TV networks, while Broadcast Australia is the provider of transmission services. Equipment for the trials has been donated by several members of the DVB, including Rohde & Schwarz and TRedess as well as Enensys and its subsidiary TeamCast.

Australia’s decision to make DVB-T2 favorite to replace the existing first-generation DVB-T infrastructure deployed in 2001 is significant in so far that the country has traditionally been the trend setter for the whole Asia Pacific region. This could make DVB-T2 the most widely deployed of all the next generation digital terrestrial standards embracing Russia, all of Asia except China and Japan and nearly all of Africa. The others are the US ATSC 3.0 prevailing in North America, ISDB-T in nearly all of South America plus Japan and DTMB in China.

Following laboratory testing field trials are taking place to determine candidate operating modes for the future system and verify interoperability of equipment from multiple vendors for single frequency network (SFN) operation. SFN is favored by most national broadcasters over the alternative MFN (Multiple Frequency Network) because it brings higher spectrum efficiency in most cases along with the potential for improving coverage and greater flexibility. These benefits have already been proven by many broadcasters in European countries, which is the DVB’s heartland.

There are still a few caveats, chiefly that the spectral benefits of SFNs can only be achieved if service areas are large and of similar shape and size without overlapping. In regions where there are many small service areas that differ significantly in shape and size and are either adjacent or overlapping, the improvement is only marginal and can be more than offset by the additional complexity of configuration. However, Australia as a large relatively sparsely populated organized around a few distinct metropolitan centers looks ideal for SFN.

TeamCast of France is playing a significant role in the trials by providing its Twister DVB-T2 exciter and associated support for the tests. Twister first passed the SFN interoperability testing and has now been installed in a high power very high frequency (VHF) transmitter covering the Sydney area and installed at the Gore Hill site. The transmitter was configured to achieve a peak ERP of 50kW at an operating frequency of 212.5 MHz in VHF Channel 10 using a 7 MHz bandwidth.

This setup is used to determine the actual coverage area of the different operating modes under consideration, through field measurements. In a third step, the field tests now involve several sites and aim to check the performance of SFN operation. The high-power VHF transmitter powered by the Twister exciter is used for feeding two ultra-high frequency (UHF) transmitters operating in SFN (Channel 29, 536.5 MHz) and field measurements aim to check the SFN performance.

"This trial is an important part of ensuring that when the time is right, the terrestrial television platform is ready for the next stage of its evolution and that it can deliver the best possible viewing experience," said Broadcast Australia CEO Peter Lambourne. 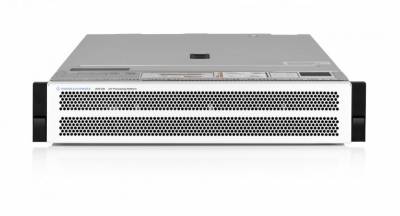 After one of the biggest equipment upgrades in the history of broadcasting in Germany, regular operation of DVB-T2 HD has started at ZDF.