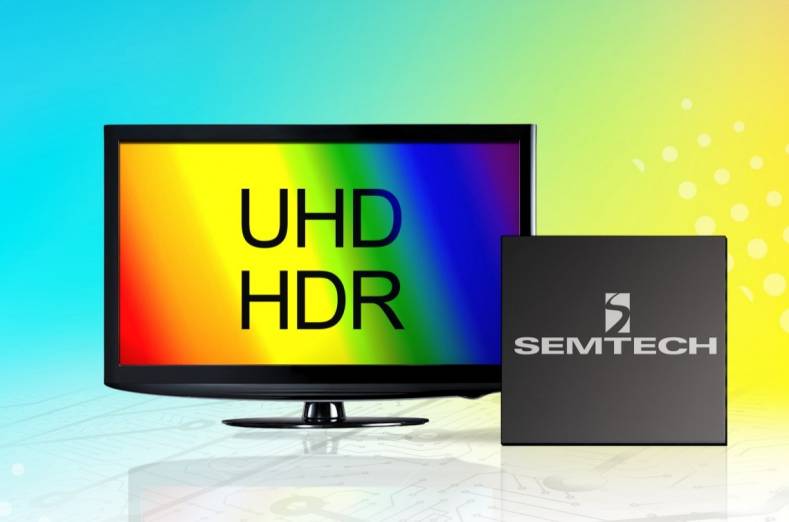 While many experts today are promoting an all Internet Protocol (IP)-based future for signal delivery for all types of audio video production, many others are saying that while an all IP infrastructure promises to deliver operational benefits, there’s still plenty of life left in the Serial Digital Interface (SDI).

John Hudson, Director of Strategic Technology for Semtech’s Signal Integrity Products Group, a Camarillo, Calif.-based company that supplies analog and mixed-signal semiconductors for high-end consumer, enterprise computing, communications, andindustrial markets, is one of the engineers who has been involved in the design and development of both analog and SDI plants in his career. He periodically gives status reports on the state of the industry and, lately, the progress of Ultra-High Definition SDI (UHD-SDI) and High Dynamic Range (HDR)/Wide Color Gamut (WCG) international standardization activities and deployments around the world. He cited the upcoming UHDTV services launch in South Korea as a good example of making full use of SDI technologies while increasing things that attract viewers/subscribers like higher resolution, 4K and 8K, higher dynamic range, wider color gamut, and mobile services.

Hudson said that TV broadcast engineers and system planners need a deeper understanding of the challenges associated with the implementation of next-generation infrastructures and technologies.

“IP and file-based infrastructures have been prevalent throughout the industry for many years,” Hudson said. “What we’re talking about now is the use of IP in live acquisition as a replacement for SDI interfaces and workflows, and that’s the puzzle that’s yet to be solved despite numerous ongoing activities by a number of industry organizations around the world.” 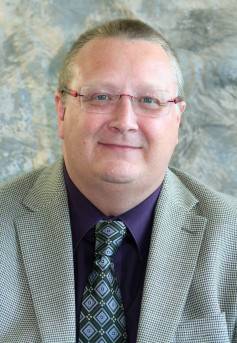 Another issue that may be causing broadcasters to hesitate when it comes to building an all IP plant is that IP systems, even in HD, are still significantly more expensive than SDI technology, in many cases on the order of 4 to 5 times more expensive, so, it’s not a slam-dunk choice to migrate to IP. Many broadcasters have just completed their migrationto HD and 3G-SDI infrastructures and are not inclined to replace that infrastructure any time soon without a really compelling business case.

While the consumer TV industry is charging headlong into the UHDTV and HDR era, many broadcasters remain unconvinced that UHDTV services on their own offer enough ‘bang-for-the-buck’ to make the necessary and expensive infrastructure change–be it IP or SDI–to support UHDTV. If there is no more money tobe had for UHD ads, why do it? At the same time, broadcasters have to be careful, because all of the OTT services and new startups are creating UHDTV content and services that are being delivered by other means than over the air and are bypassing the traditional broadcaster. Are Broadcasters at risk of losing their audience by not providing a competitive service?

Given the uncertainty about what next-generation Over-the-Air (OTA) television services will look like, coupled with uncertainties over the speed of adoption of next-generation transmission standards such as Advanced Television Systems Committee (ATSC) 3.0, there’s a lot of fence sitting particularly among North American and some European broadcasters. Consequently, “the business case to justify a move to an all IP infrastructure for live HDTV, never mind live UHDTV, is equally uncertain,” Hudson said.

Elsewhere in the world, the move to UHDTV is happening. Asian counties like South Korea and Japan—whose major national broadcasters are funded by the governments of each country—appear willing to follow the consumer TV trend and take the risk to see if viewers will buy new TV sets and other media players in order to watch “UHDTV television” anywhere they like (at home or on the go). Broadcasters in Korea and Japan have chosen UHD-SDI for their next-generation OTA infrastructures, because UHD-SDI interfaces are fully standardized, all of the workflows and technology systems are familiar, and they know they can connect two bits of kit together and it will interoperate. SDI is at a higher data rate when it comes to UHD, but SDI is well known and understood, it is fully compatible with HDR, and it ‘just works’. The same cannot be said of IP for live UHDTV at this point.

South Korea was the first in the world to broadcast a UHD signal commercially when pay TV channel U-max began broadcasting 4K documentaries, live concerts and cartoons in April 2014. Several terrestrial Korean broadcasters will begin transmitting UHD, via the ATSC 3.0 OTA standard, starting in February 2017 with an eye towards providing full UHD coverage of the 2018 Winter Olympic Games to be held in Pyeongchang, South Korea. In an effort to stimulate consumers to buy the next-generation TVs that are required to receive such signals, South Korean TV set maker LG showed the first ATSC 3.0-compatible UHD television at the recent Consumer Electronics Show in Las Vegas.

For Semtech as a company, Hudson said they have no particular preference regarding which way the industry goes; they make silicon for any type of signal flow. 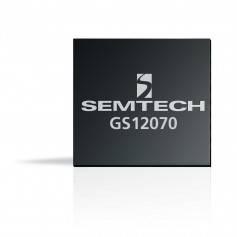 The GS12070 chip is a four-input and four-output device that supports conversions between multi-link, dual-link and single-link UHD-SDI interfaces.

“Whether the industry is embracing HD or UHD, SDR or HDR, we make silicon that can service any part of that ecosystem,” he said. “Here at Semtech we routinely sell our chips into IP networks, with 10, 25, 40, or 100GbE ports; however, the Broadcast industry likely has a little more work to do on technology, standardization and interoperability development before an all IP live infrastructure for UHDTV happens,” he said. “In the meantime, SDI works just fine, and we’ll be happy to sell chips into a fully standardized and interoperable SDI / UHD-SDI infrastructure at 3, 6, 12 or even 24Gb/s for port rates of up to 192Gb/s in support of HD, 4k or 8k HFR/HDR production.”

“Broadcasters need more experience with IP before they jump head first, especially if they are contemplating a UHDTV future,” Hudson said. “I think everyone will be watching what happens in South Korea and Japan over the next 18 months and learning from their experiences with UHD-SDI. Who knows, the successful deployment of UHDTV services over a UHD-SDI infrastructure, combined with the proliferation of ATSC 3.0 compatible television sets might just prompt traditional broadcasters elsewhere in the world to migrate to UHD faster than they might otherwise do. We’ll have to wait and see.”

Hudson and others at Semtech have been actively involved in international standardization of next-generation interface technologies within the Society of Motion Picture & Television Engineers (SMPTE), the International Telecommunications Union (ITU-R) and the Institute of Electrical and Electronics Engineers (IEEE). This work, Hudson says, is critical to ensuring an interoperable future for next generation infrastructures—be they SDI or IP. 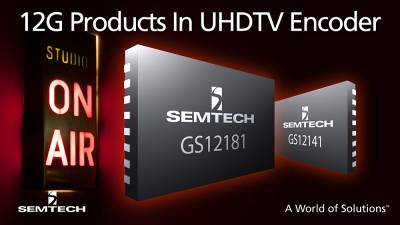 Semtech, a supplier of analog and mixed-signal semiconductors, announced that Inneos, a maker of optical subsystems, used its chipset for quad channel SR optical interconnects for a fiber-optic technology demonstration at the 2016 NAB.