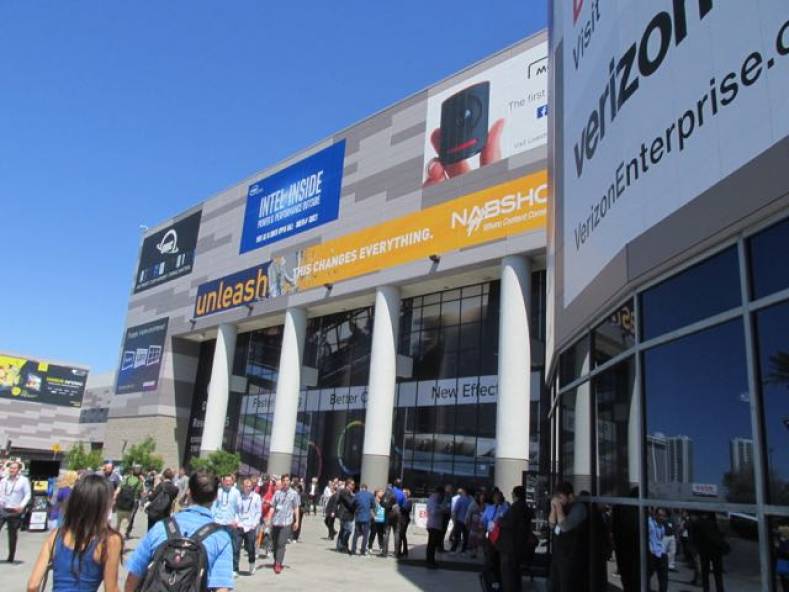 The NAB exhibit halls at the Las Vegas Convention Center where exhibitors highlight their latest solutions and technology.

For editors, production and post technology will be the focus of their interests at 2017 NAB.

As my writing partners and research associates and I have been prepping for the upcoming 2017 NAB Show, we can tell you the Vegas spectacular is going to be filled with new technologies for creating digital media and entertainment. And all of that content has one thing in common—it eventually ends up in post production.

That’s why it is best to think of editing and post in general not as technologies in themselves, but as a quest for problem solving.

For example, one of the greatest tasks that is crushing budgets these days is the burgeoning cost of creating deliverables. With so many new formats and platforms being demanded, it is not unusual for a studio to create literally dozens of differently formatted copies of a finished project. And it’s not just a matter of running all those dubs through various codecs, it’s also a matter of QC-ing them because even if you don’t eyeball them all, someone else surely will, and just one caption out of place, one garbled sound bite, means a costly makeover.

So be sure to check out what Cinedeck is offering with its cineXinsert module of their cineXtools media mastering application. By treating a master file as data instead of video, Cinedeck is able to perform an insert edit on a completed master without having to re-cook the whole pot of soup. This can be a tremendous time saver.

And as we reported on February 1st, now, in addition to being able to insert into a master file with Panasonic’s AVC-Intra, Avid’s DNxHD or Apple’s ProRes files, they have come out with the ability to also do it with Sony’s XDCAM masters.

If you are only changing the part that has been inserted, you no longer have to QC the rest of the show. That’s why I loved it when Charles Dautremont, CTO of Cinedeck, said during our interview, “They said inserting into a rendered file couldn’t be done, but we didn’t know that. So we did it.”

Another way the industry is trying to manage the rising cost of deliverables is through the expanding use of IMF or Interoperable Master Format, files. This is especially relevant now because Netflix is requiring that all productions must be submitted to it in 4K and as IMF files.

Although IMF is not really standardized, it is based around the core framework of SMPTE ST 2067-21 extended by Applications 2 and 2e often referred to as the Studio Profile since they deal with High Dynamic range (HDR) and 4K frame sizes.

In an over-simplified nutshell, an IMF file contains all the media for a program and enough descriptive metadata and playlists to put it together. Theoretically, if you pump an IMF file into the Hurdy-Gurdy and turn the crank, you can spit out the program in any deliverable format you want. If you keep in mind that makes it good for now and easily adaptable for tomorrow, the use of IMF files gives the hope of future-proofing your current investment in a project.

But even though there is a SMPTE-35PM50-SMI (Sample Material Interchange) committee working on an IMF standard it is still not universally accepted. However, NAB Show 2017 is a great opportunity to learn more about it, and if you are interested I’d recommend heading toward the Rohde & Schwarz exhibit. 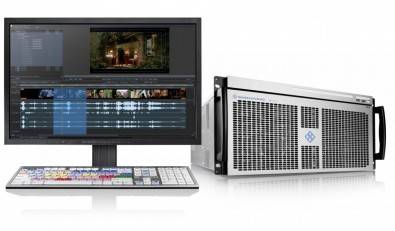 They are at the forefront of IMF development, and, thanks to Rohde & Schwarz’s powerful CLIPSTER mastering station, have created more IMF files for the big studios than anyone else. These guys are IMF advocates and will talk your ears off about it at the drop of a sync frame.

Or, you could bop over to the Prime Focus Technologies booth where they will be introducing CLEAR Cloud MAM, claimed to be the world’s first IMF ready cloud-based MAM system said to be “capable of end-to-end management of IMF packages, including essence files and metadata.” Because this is brand new stuff, we’ll be looking forward to reporting on how well it holds up under real world conditions in future editions of The Broadcast Bridge.

When it comes to post production, many of us think first of editing and most (but not all) of our favorite NLE’s will be at NAB Show 2017. Curiously, Autodesk has not made any pre-show announcements about its fx-centric editor, Smoke, so we’ll have to keep our antennae tuned for its appearance. We did, however, break the news here on March 13th that SAM (Snell Advanced Media) is giving HDR and Wide Color Gamut (WCG) capabilities to all its post production gear, 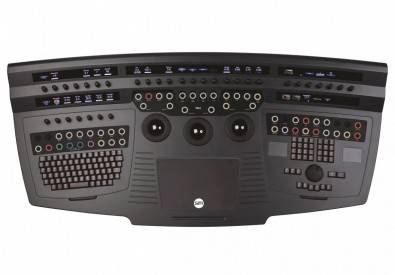 A Quantel Rio finishing system with Dolby Vision certification will be impressive. Click to enlarge.

and its awesome finishing system, still called Quantel Rio for now, should have achieved Dolby Vision certification by the time the exhibition starts.

This is a lot more involved that other flavors of HDR since Dolby Vision requires licensed hardware implementation.

Of course, a Quantel Rio system or whatever they re-name it by NAB 2017 can’t be financed by everybody's piggy bank. But if you stop by EditShare you can learn how you can download the new version 14 of the same NLE that 3X Oscar-winner Thelma Schoonmaker has edited all of Martin Scorsese’s films on called Lightworks Free.

That’s for real! It runs on Windows, Linux or Mac OS X, can import a wide variety of formats, and even supports dual monitors. Of course, Lightworks Free doesn’t do everything that Lightworks Pro can, but that’s how EditShare stays in business. Still, you can’t beat the price.

Lightworks sets the standards for trimming, with an AutoSync feature that has never been matched.

Speaking of a wide variety of formats, there’s an avalanche of them out there, with cell phones of all stripes just piling on more. So how to keep track of them all? Grass Valley (let’s all say it in unison) “A Belden Company” has separated their really handy Mync “personal content management tool” from their GV Browser and made it available on its own. 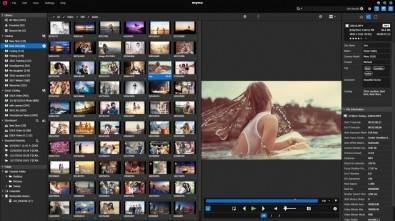 Mync can help organize a wide variety of consumer and professional formats. Click to enlarge.

Mync comes in two versions: Basic (free) and Standard (a few bucks), and lets you sort and store all kinds of video, from cell phone to pro and create storyboards from them. The Standard version even lets you export those storyboards to YouTube so others can review and approve the general outline of a project’s flow. Pretty handy.

It’s kind of ironic that a lot of the post production functionality on display at NAB Show 2017 won’t actually be at in the halls of NAB. It will be up in that mysterious alter-world, the “cloud”. Several companies like VSN will be showing off web-based editing systems like WEDIT. It’s fully developed in HTML5, enabling any user to work within their MAM system on deep archived, near-line or online content.

The two big guys, Avid and Adobe, will be making much about their collaborative workflow schemes using the cloud. One touts “everywhere” the other “anywhere” so you’ll have to visit their exhibits to sort out which is which. But don’t laugh. It’s a pretty sure bet that one of these days NAB itself will go virtual, and the whole darned shebang will be visited in some future cloud.

But I’d like to end this short NAB 2017 editing and post production preview by giving a hearty “welcome back” to two sorely missed friends: ScriptSync and PhraseFind, that are being re-introduced by Avid. 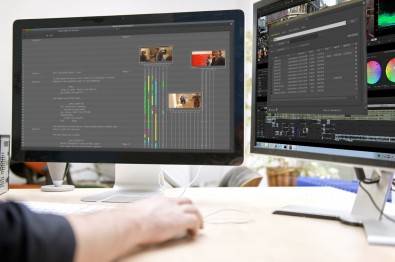 Avid's ScriptSync lets you edit by words as well as numbers.

As reported here on March 9th, ScriptSync is a phonetic indexing tool that inputs the text of a script, then listens to the recorded track of each dailies take and indexes it’s words to the relevant part of the script. PhraseFind then lets you find sections of the recorded media by searching for spoken words and phrases.

Both had been discontinued back in 2014, but have now been brought back to the Media Composer NLE, and if you see them in action at the Avid booth I think you’ll agree they can change the way you approach editing. 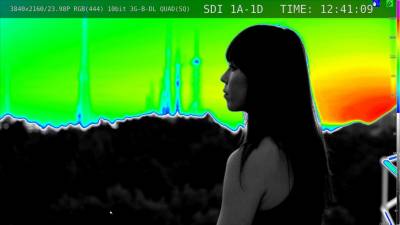 Television Test & Measurement instruments on display at annual NAB shows reveal where the TV industry and broadcast technology trends are headed. The 2017 NAB Show will continue to uphold that tradition.