Whether producing and feeding Super Bowl games, contentious presidential debates, live sports, live news, or just out shooting b-roll for a stand-up, TV production can come to an instantaneous halt when what you need isn't available or it fails.

Every studio and field production needs a contingency plan, and many broadcast engineers embrace the N+1 concept. Think of Broadcast N+1 as the number of things you think you will need (N), plus one more for insurance, convenience or both. N+1 often turns out to be a more accurate count of what is actually necessary to succeed.

If you search the term “N+1” on the internet, you will see that in chemistry, the “n+1 Rule" is an empirical rule used to predict the multiplicity and, in conjunction with Pascal’s triangle, splitting pattern of peaks in 1H and 13C NMR spectra, states that if a given nucleus is coupled to n number of nuclei that are equivalent, the multiplicity of the peak is n+1.

In bicycling, “N = your current number of bicycles. N+1 = the number you need to have a happy fulfilled life.” There is also a New York–based American literary magazine published three times a year called n+1.

Wikipedia has an article on "N+1 redundancy" that begins with "This article has multiple issues." It addresses redundant systems in data centers and blade server power supplies. Not one word in the Wikipedia article is about broadcasting.

This story might clarify some of those multiple Wikipedia issues with information about Broadcast N+1 for live TV broadcast production. The Broadcast N+1 isn’t exactly new. It was probably discovered in the early days of broadcasting, likely at the first remote radio broadcast to go south while live on the air.

When you hit the road for a live TV shot, whether alone or with a multi-camera live production crew, you and your employer are betting that your crew can produce great shots and content and get it to where it needs to go, flawlessly. The show must go on. There are no excuses.

Live TV is what feeds out of a master control room into the transmitter or STL. The MC source may be a server, but MC feeds the transmitter content as it plays out live. Live TV extends to ad insertion, studio production, and anywhere in the field capable of feeding a live shot to the station via IP, satellite, microwave or bonded cellular.

What N+1 means to you

You don't need to be a broadcast engineer for long to run into the Broadcast N+1 Rule. It will be hard to ignore during the heat of a production crisis.

N+1 means needing one more thing than you thought you needed. In master control, it could be one more monitor, switcher input, graphics channel, satellite receiver, M/E layer, or STL path. N+1 is one more of whatever it takes that you don’t have that stands between failure and getting the job done. N+1 could be as simple as one more AC outlet or a second roll of gaffer tape. 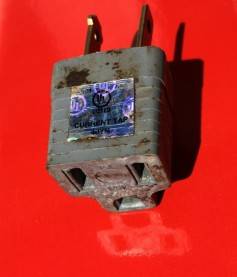 This grody 3-prong to 2-prong power adaptor (aka suicide plug) resides in my personal remote bag. Its proven quite useful where the only local AC available is from a 2-prong outlet. Its also temporarily cured some audio hum issues.

On the streets and in the field, the “physical layer” of Broadcast N+1 is often a personal remote bag or "bag of tricks." The bag is stocked with bullets, adaptors, electrical and spare gaffer tape, gloves, trash bags, a couple of tested HDMI and SDI cables and perhaps a cross-converter, a USB charger, some band-aids, a hard hat, and a suicide adaptor. You know, stuff you would think would be in a TV van or truck but isn’t there when you need it most. It’s your own bag of personal insurance designed to overcome technical difficulties on live TV.

There can be times when tissue paper and gaffer tape can make the band aid that saved a production, but there are only so many things you can fix on-site with gaffer tape. On the other hand, gaffer tape is the glue that holds many field productions together. Some productions can’t be done or done safely without using gaffer tape.

Broadcast N+1 redundancy is sometimes easy to spot on TV. The recent NBC-hosted presidential debate was a good example. Both candidates were wearing lapel mics and each podium had a goose neck mic. If one mic fails, or should a candidate walk or talk away from the podium, the other mic would continue to capture the candidate’s words.

Most N+1 is invisible to viewers. You can bet NBC had plenty of redundancy at the debate such as dual everything or more, and contingency plans covering everything else from a catastrophic production switcher failure to freshly-tested wireless mic AA batteries.

N+1 is a broadcast engineer’s Plan A. It does not eliminate the need for Plan B, D or E to avoid Plan F (failure). The show must go on, and the engineers in charge need to know the contingency plans when technical surprises occur.

Back in the analog days, a switcher once locked up on me going into a morning local news cut-in. Knowing the show must go on, I switched the show with a patch cable on a patch panel. It looked horrible and nearly blew up the TV transmitter, but the content and commercials aired as scheduled. It was one of my worst productions and proudest TV moments. We rejoined the network with the patch cable and fixed the switcher. It was barely worth noting on the daily discrepancy report.

Sometimes N+1 isn't enough. Just ask Fox TV about last year's power outage during Game 1 of the 2015 World Series between the Kansas City Royals and New York Mets. "Before the start of the bottom of the fourth inning of tonight's World Series Game 1, a rare electronics failure caused both the primary and backup generators inside the Fox Sports production compound to lose power," Fox said in a statement. Oops.

When the stakes are high, N+2 or N+3 would have been a better bet, and that’s easy to say with 20/20 hindsight. What were the chances of simultaneous dual failures? I’ll bet it wasn’t worth the cost of a third generator when the idea came up during planning.

However, if you factor in the live World Series content, the risk and need are higher than usual. The time-proven best bet in broadcasting is that a failure will occur at the worst possible moment and it might even make the national news.

What we desperately want to avoid is the dreaded N-1 scenario, where a live production turns into an embarrassing tap dancing session or worse, with a potential financial and/or PR disaster to follow. Avoiding that kind of trouble and drama could be as simple as having a spare band aid on hand.