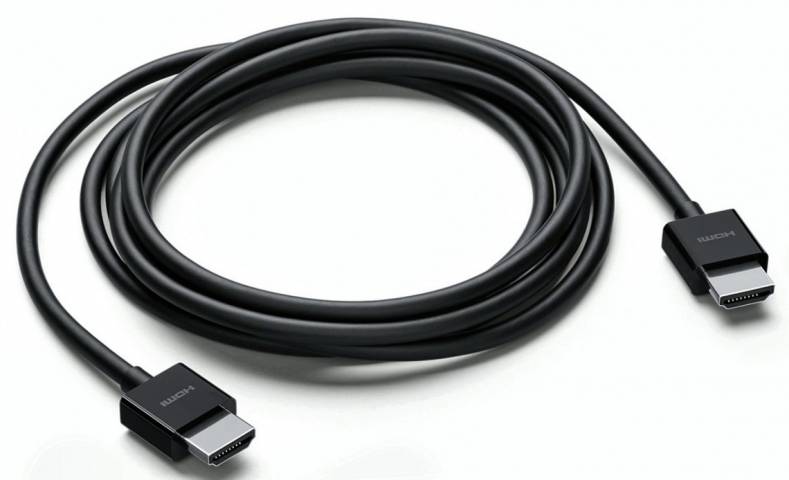 If you are one of those people who think that all HDMI cables are the same, you are not only wrong, but you may be missing out on some major features of 4K television like HDR, high frame rate and the lack of a wide color gamut.

Most cables are built to standards, and HDMI cables are no different. These are not like the old consumer plug-and-play video cables of yesteryear. All HDMI cables look the same on the outside, but — like computer cables — the specs affect performance. Mostly, HDMI cables differ by their bandwidth capability.

The cable connects devices ranging from HDTV television sets and personal computers to cameras, camcorders, tablets, Blu-ray players, gaming consoles, smartphones and just about anything else capable of sending or receiving an HD signal.

Seven types of HDMI cables are now available, beginning with version 1.0, which was introduced in 2002. The latest is version 2.1, announced in November, 2017. These standards are set by the HDMI Licensing, LLC, which includes Toshiba, Technicolor, Panasonic and Sony. The cables differ not only in bandwidth capacity, but by which features they support.

The current version 2.1 HDMI has a theoretical maximum bandwidth of 48Gbps. It does 4K, 120Hz, wide color gamut and HDR simultaneously. The cable supports a range of higher video resolutions and refresh rates including 8K/60 and 4K/120, and resolutions up to 10K. Dynamic HDR formats are also supported.

The new Ultra High Speed HDMI Cable in version 2.1 ensures high-bandwidth features including uncompressed 8K video with HDR. It features exceptionally low EMI (electro-magnetic interference) which reduces interference with nearby wireless devices. The cable is backwards compatible and can be used with the existing installed base of HDMI devices. So far, only a few television sets offer the 2.1 standard but they are coming. 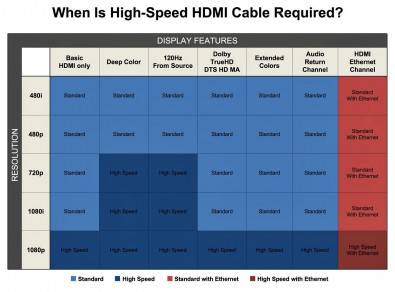 While HDMI cables may be backward compatible, they are not forward compatible. What about that four billion existing HDMI devices out there, running on a variety of older HDMI cables that all look the same? That’s where the first “gotcha” comes in. Those who set the standards — HDMI Licensing — forbids manufacturers from saying what version of HDMI their cables support. So it’s not as simple as buying the latest cable version.

Instead, cables are labeled as HDMI Standard, HDMI High Speed and HDMI Ultra High Speed, which is a bit vague to those who want to know the exact specs. Add to that a new addition, HDMI Ethernet, which adds an Ethernet channel. And, of course, there are vendors who defy HDMI Licensing and advertise Version 1.4 HDMI cables. 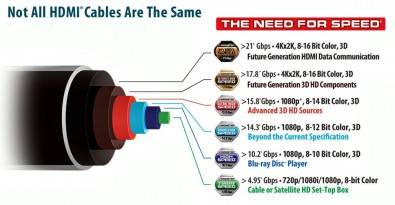 As a buyer of an HDMI cable, all this can get confusing. For casual buyers, don’t focus things like support for 4K, HDR or 60Hz. Look instead at the bandwidth spec of the cable. Find cables that say they are capable of 18Gbps or higher and make sure the cable is certified. (Uncertified cables can make up bandwidth claims.)

Beware of very low cost cables. It’s a sure sign they are not compliant or poorly made. Finally, avoid HDMI cables over six feet in length. Lengthy cables can cause trouble with color gamut and HDR.

Finally, to verify the compliant status of a cable, ask the vendor to send a copy of the Authorized Testing Center certificate showing the passing test result. These certificates are issued by Authorized Testing Centers which are independent from the cable manufacturers and vendors, and which have to be licensed by HDMI Licensing to conduct testing of HDMI cable products.

If the certificate says a cable is compliant at high speed, or with Ethernet, or at a particular length, it is. If the vendor cannot pass the ATC testing criteria, his cable is not certified compliant. That’s fairly simple, if you have the time.

The HDMI group advises consumers to shop for features, not HDMI versions. “Some people have the mistaken idea that they should be shopping for a particular version of the HDMI specification, for example, HDMI 2.0 or HDMI 1.4,” the group’s website says. “This has never been true. Instead, you should shop for the specific features you want, and make sure that those features are supported in all the HDMI devices you will be using.”

What about older cables? How do you know what you have and what features it supports? Another “gotcha,” because these cables are not forward compatible. There is no way to tell which version cable you have from any exterior markings.

The only way to tell is whether it works or doesn’t on a TV set with a known port number. If you see problems in the set’s image, figure it might be the HDMI cable. A crummy way to determine whether an old cable works or not, but that’s the way it is today.

The purchasing of HDMI cables is less clear than it should be due to the policies of the licensing group. For many consumers, just purchasing cables along with a new television set should be just fine, or matching the marketing descriptions to the use.

Until there is more transparency in the process, be aware that when purchasing an HDMI cable, the process is no longer as simple as buying a generic cable. Those days, along with black and white television, are far in the past.

A quick look at the lens to display pipeline highlights some trivial-seeming bottlenecks that place important constraints on motion imaging systems. One of these is the connection to the consumer display. The announcement of HDMI 2.1 is key to advancing to … 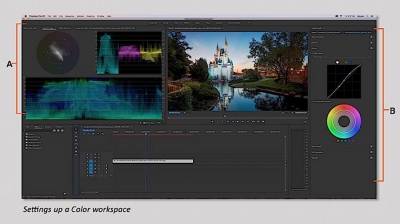 With ATSC 3.0 poised to change the broadcast industry’s basic signal, we need to understand this signal is poised between HD and true 4K.