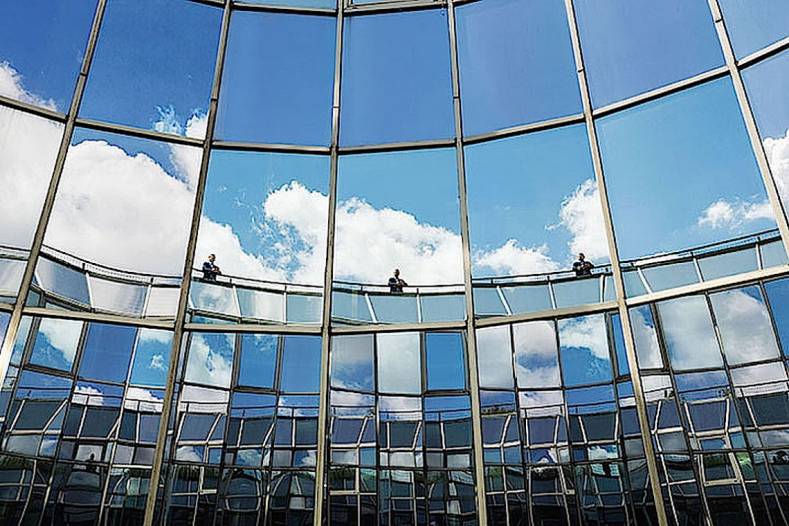 The future of content delivery is IP and Cisco provides a window into that future with its Visual Networking Index Report 2017.

In 2021 Cisco's research says it would take an individual more than 5 million years to watch the amount of video that will cross global IP networks in just one month. By then, a million minutes of video content will cross the network every second.

Cisco recently released this year's Visual Networking Index (Cisco VNI) 2017. The report tracks the changes in IP traffic over a five year span, from 2016 to 2021.

The growth in usage of the internet will be significant with the number of users projected to increase from 3.3 billion in 2016 to 4.6 billion by 2021, 50 percent of the global population. Global internet traffic will increase nearly threefold by 2021 with IP traffic reaching 3.3 ZB per year.

For broadcasters, video streamers and digital content creators, the key part of survey results is that video will continue to dominate IP traffic, representing 80 percent of all Internet traffic by 2021, up from 67 percent in 2016.

Arielle Sumits, a senior analyst with Cisco who worked on the VNI Report began our interview with The Broadcast Bridge, by telling us, “In the early days of Internet video there was a lot of speculation whether people were wiling to watch movies on a small screen, but we found in five years video will account for 82 percent of global IP traffic. 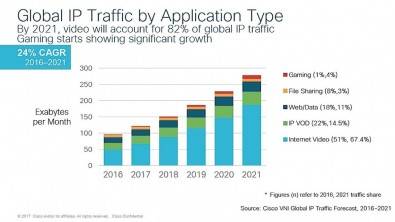 Digging deeper into the data, the VNI report found that Long Form VOD will be the largest category (Movies, long form specials) with Short Form Internet VOD (You Tube) will be second.

“The reduction of live video is credited to the fact that traditional TV broadcasts become unicast when transferred to the Internet,” Sumits explained. “Since that means you have to deliver each individual stream it makes a 3 percent to 13 percent growth possible in just five years. Of course, one of the major components of Live Internet Video is sports, which will drive large audience numbers.” 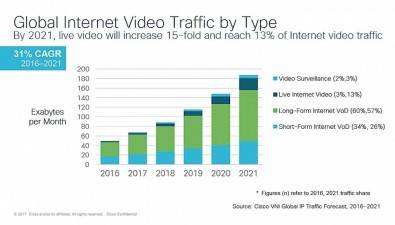 “Many of these files will be downloaded,” Sumits said, “but there are a lot of companies investing in this area giving it a 20 fold growth.” 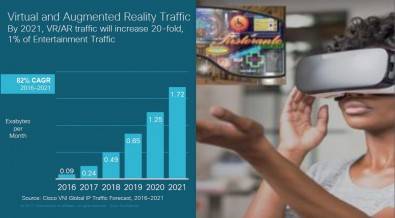 The report also sees the shift toward Ultra High Definition (UHD) growing from 2 percent usage today to 21 percent usage by 2021.

“Standard definition video remains at 22 percent, and most of that is accounted for by mobile users,” she said. “But the growth in UHD traffic is because we find that 56 percent of flat panel sets will be UHD capable by 2021 and since each of them use 2.5 X more bandwidth they result in a substantial increase in IP traffic." 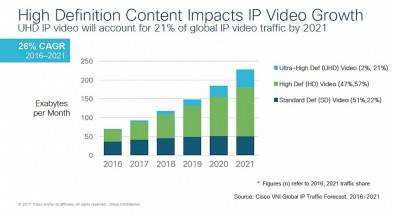 Cisco’s VNI Report does take into account improvements in compression codecs affecting IP traffic. Sumits explained that the Report calculated the bitrate required for UHD OTT Video in 2016 was 11.5 Mbps and will be down to 8.3 Mbps by 2021.

One other nest of statistics that Sumits thought would be of interest to The Broadcast Bridge readership is the predicted growth of Digital Media Adapters (DMA), such as Roku, Apple TV and Chromecast.

“In the world of OTT service, if DMAs occupy 16 percent of the market today, we expect they will more than double to 34 percent of set top boxes by 2021. That shows a major evolution in home video entertainment viewing,” she said.” 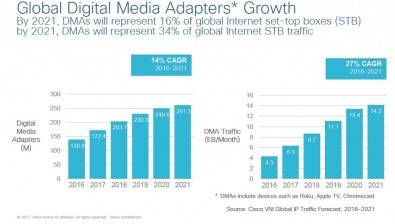 By 2021, Digital Media Adapters will be a major player in Internet Set Top Boxes. Click to enlarge.

The Cisco Visual Networking Index (VNI) 2017 is available at this link. 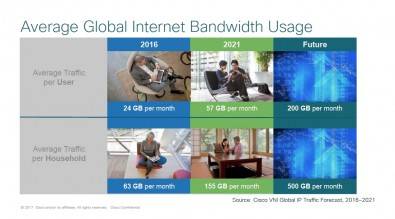 Cisco should be applauded for compiling this statistical report and especially for making it available free to the industry.

True, they do not differentiate between 4K and UHD video, and nowhere does the VNI take into account the potential changes that the implementation of ATSC 3.0 may bring forth. But adding to our collective wisdom can only help clarify our vision of where the digital content creation industry is headed. 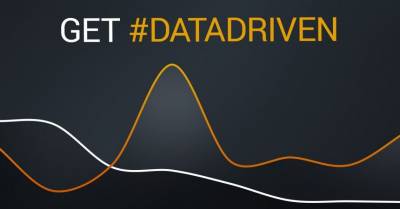 Ooyala just released its latest “State of the industry report 2017, Data driven video for the win.” The report shows that as media platforms change to meet consumer demands, the value of data becomes even more apparent.