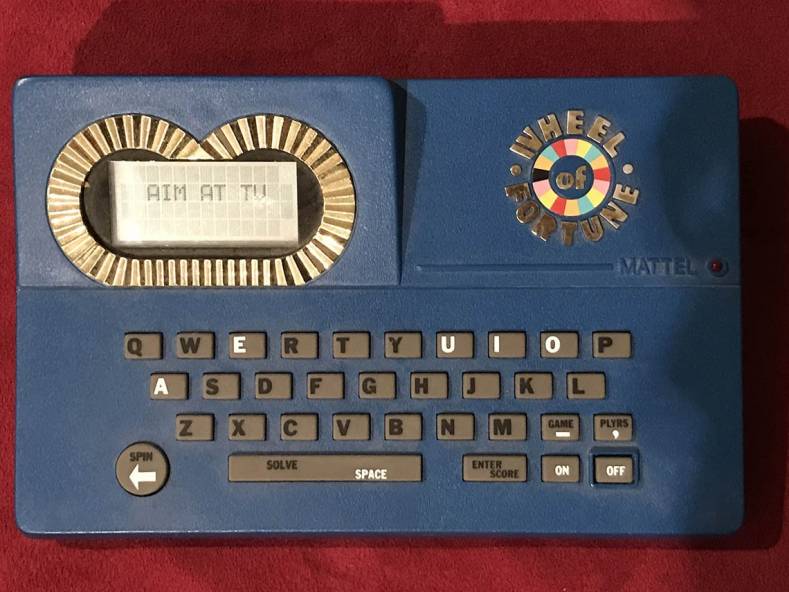 The interactive Wheel of Fortune.

Initiatives to create interactive television environments have been going on for some time. As far back as the late 1950s, shows like “Winky Dink” provided viewers a vellum overlay for the TV set and special Magic Markers children could use to draw on the screen and help “Winky Dink” find his way through various challenges and tasks. Another example was an interactive home version of the record-breaking game show “Wheel of Fortune” that, while visionary for its time, unfortunately lacked the technology and data rates needed to perform adequately. There was also an analog version of the hit PBS “Barney” show that sent code in the vertical blanking interval, allowing children equipped with a decoder box to interact directly with characters and be prompted to answer questions. 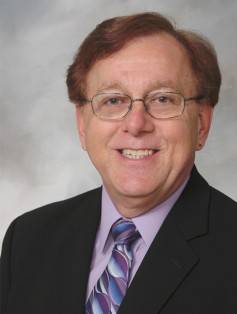 All of these examples demonstrate that there's always been a desire to have people become more interactive with television. That said, these early versions were hindered by the nature of communal viewing, where everyone had to agree as a group to participate, and the lack of an elegant interface made true interactivity a difficult scenario to actually achieve. Today, the picture is much different, with advanced digital technology and the exponential growth of mobile devices and data streaming driving a new way forward for interactive television and associated emerging, new business models.

Advanced digital technology has enabled content consumption on individual handheld devices, effectively alleviating the constraints of communal viewing as it relates to interactive television. The advent of mobile devices and digital touchscreen technology has revolutionized the when, where and how we interact with content. With the coming next generation terrestrial broadcast technologies, there is now the opportunity to create a sort of hybrid resource environment. This means that content can be delivered to a communal big screen display, while individuals are able to synchronize their tablets and second-screen devices for a more personalized interactive experience—one that doesn’t negatively impact the communal viewing experience. However, overcoming this significant interactivity hurdle opens the door to further challenges. In particular, how do we create and deliver content that people want to interact with in a meaningful way?

So how is interactive television evolving and what are the possibilities? Clearly, we live in a consumer society and much of the growth in mobile devices has evolved around spending your well-earned cash through online, point-of-sale shopping opportunities. Take the example where you might be watching a program such as “Madame Secretary” and you take notice that you really like the outfit that Tea Leoni is wearing in a particular scene. It’s conceivable that a service could be offered that would provide on-demand details about the clothes designer, where the outfit is available, and its estimated retail cost. With this type of information being delivered on a synchronized secondary device, it doesn’t take much of a stretch of imagination to envision how activity tracking and metadata can be brought into play to tailor interactive content based on your specific interests and past activities.

This same type of interactivity can also play out in a number of ways—from identifying geographical locations in a television show or movie; to viewing a sports event from a number of different player perspectives; to inquiring on products such as automobiles, furniture and homes; to sourcing additional information on actors, directors and producers of shows.

Another interesting and promising opportunity for interactive television is the idea of “micro-pledging”. Take an example where a child is watching an interactive program on PBS and is clearly and indefinably participating in a learning experience. The parents might receive a message on their device that informs them of the learning activity and asks for a small pledge or donation to support the show’s ongoing production. While not all young parents are able to write a check for $100, they are more likely to make an electronic pledge for 99 cents when they are seeing their child excel in a “teachable moment”. 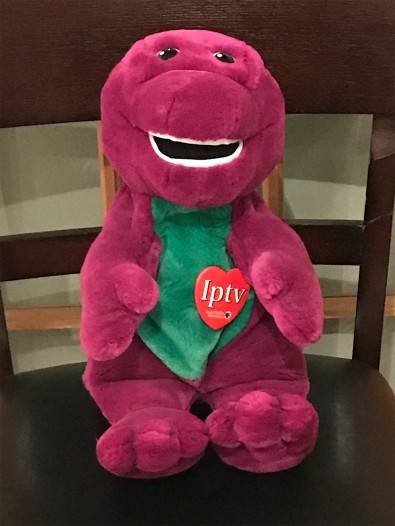 Barney, from the author's collection.

For interactive television, mobility is the biggest challenge that is being addressed by both the wireless and the broadcast industries. For the wireless industry, the challenge in advancing the creation of interactive television is directly tied to bandwidth consumption and capacity constraints. Consider that the initial technology was designed for phone calls, and while that has been continually expanded and built upon it, operators are really trying to take a technology and make perform in ways for which it was not originally conceived.

For the broadcast industry, the primary issue relates to the nature of the original large home-based receivers, where an entire industry developed around the idea that service was sent out to devices that were stationary. In fact, standard television, and even first-generation digital television for that matter, doesn't really work very well in a mobile environment. Now, with technology improving for reception and receivers, much of the standards focus is on improving transmission so that a receiver in motion, whether it's handheld and being carried while walking, or in a vehicle driving down the road, or sitting in somebody's lap as they're on a train commuting to work, can receive rich and reliable content no matter the mobile scenario.

In fact, the next-generation digital television—DVB-T2 in Europe and ATSC 3 in the USA—both have as one of their fundamental design principles the notion that receivers are not going to be fixed in place, but rather be in motion. What’s more, the assumption is that gigantic dedicated outdoor antennas will go by the wayside. Content is going to need to be received using the same antenna that the device is using for cellular telephone communications or for Wi-Fi communications.

With a lot of effort being focused on the technological challenge of delivering a massive amount of interactive content into a device that's moving, and one that's probably not in the most pristine receiving environment, next-generation digital TV standards are also being developed with more of an eye to the future. As with most things digital, by the time products are on the market the technology and people doing development work have already pushed that technology beyond where they started, and the next generation is already in the hopper and being worked on and readied for delivery. So, while the basic broadcast standard will soon be completed, there will be ongoing improvements in line with the initial concept for the standards to be flexible and able to be modified without requiring end users to buy all-new hardware.

Clearly, the global mobility challenge is going to be the key issue faced in advancing interactive television for the future. The situation is such that on one side of the equation there are companies capable of getting data to mobile devices, but who are facing real and growing capacity issues. On the other side, there’s a group with a huge amount of content and capacity capability, but who lack the ability to effectively deliver content to mobile devices. Up until now, both sides are addressing the issues tied to mobility in their own fashion, and moving towards an effective solution. However, to achieve this fully in the long run, it’s likely there will be some interesting partnerships formed that will ultimately lead to an enhanced and valued interactive television experience for end users across the globe.

William (Bill) Hayes is the IEEE Broadcast Technology Society President. He has worked in broadcasting, in both radio and television, since 1973. With extensive experience in planning, designing and constructing television stations, Bill is currently responsible for the planning and development of all technology projects at Iowa Public Television including RF transmission and studio origination facilities throughout the state. Active in future broadcast planning nationally and internationally, Bill serves on a number of committees developing standards for emerging media technologies and the next generation of terrestrial digital television. 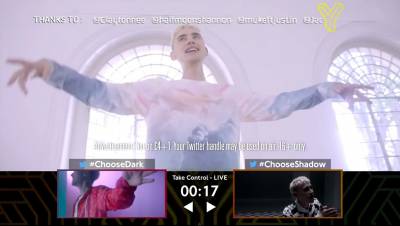 By gathering the audience’s feedback in real time, Pixel Power enables the UK’s Channel 4 to change the content of a music video based on viewers input.

The Associated Press and Graphiq Inc. have joined forces to increase the amount and variety of interactive content that the AP provides to its news subscribers. These data visualizations will be available to AP subscribers to provide deeper analysis for… For Scripps Networks Interactive, Pebble Beach Systems architected a multi-domain system with high levels of resilience and isolation between each functional area.