Netflix subscribers watched more than 42.5 billion hours of streaming video last year. That would make it the most-watched cable network if it were a network. On the other hand, broadcast network viewership for the 18-49 year-old demographic fell by 14% last year.

The research firm, MoffettNathanson tracked 18-to-49-age viewership across cable networks owned by the seven largest media companies, in addition to the “big four” networks. The results showed that, compared to May of last year, total-day ratings were down 6 percent for cable and 14 percent for broadcast. The drop was even steeper for prime time, with cable declining 7 percent and broadcast 16 percent.

Research shows that over-the-air (OTA) broadcasters are being increasingly challenged for viewers by new delivery methods and technology. The Dish Network’s Hopper allows viewers to opt out of viewing commercials. And tiny start-up Aereo came close to upsetting the entire broadcast business infrastructure with its “antenna rental” technology. While the Supreme Court eventually ruled against the company, forcing it into bankruptcy, others will certainly challenge the current model to introduce new ways to deliver entertainment to audiences. First among those technologies is digital streaming and mobile is key. 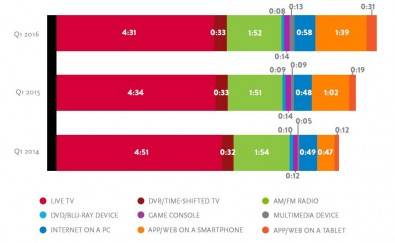 The Internet Advertising Bureau ( IAB) recently released a report showing U.S. digital advertising revenue up some 21% over the prior year, the fastest rate of growth the bureau has seen since at least 2012. What makes that even more notable is that online ad revenue was flat between 2007 and 2011. While that may have been due in part due to the economic downturn and that the desktop ad market had become stagnant, mobile delivery simply had yet to heat up.

According to research firm eMarketer, the biggest driver of this rapid growth in online advertising is mobile. The firm says that within three years, the mobile market should more double last year’s advertising revenue.

This surge shows how things have changed, viewers expect their content to be available everywhere and at all times. One company that has enjoyed great success in the conversion to mobile is Facebook.

Growth on the small screen

Early on, Facebook made mobile a priority while others doubted whether mobile ads could generate the same revenue as desktop. The company is now reaping the benefits of those early decisions. Facebook’s mobile ad revenue was $4.3 billion last quarter, up 73% over the prior year. Mobile now makes up 82% of the company's overall ad revenue.

Facebook is becoming the dominant platform for mobile users boasting a billion daily mobile users. The average Facebook user spends some 50 minutes a day in its three main apps, Facebook, Instagram, and Messenger. Members have increased their time with Facebook by 25-percent in just two years. 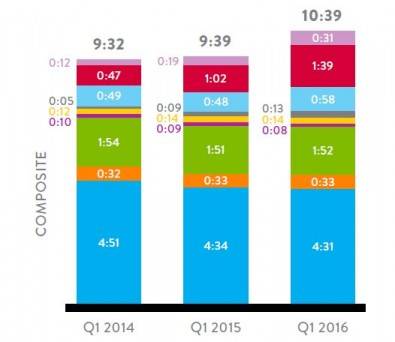 Mobile advertising was a $19 billion business just two years ago. By 2020 it could be a $77 billion business according to eMarketer. If that proves accurate, mobile should rival TV as the single largest ad market in the world.

By then Facebook alone could be generating some $51 billion in mobile advertising according to some estimates. For comparison, Facebook billed about $15 billion in 2015.

Facebook has announced big plans for mobile going forward. The social network is making video a bigger part of members’ daily News Feed. Executives say that within five years the News Feed could be all video.

There's a good reason for the company to move in that direction: Advertisers love video ads, and it's a format that works on the smartphone screen. What's more, Facebook just announced additional tools for advertisers the tools they need to create effective mobile video ads. 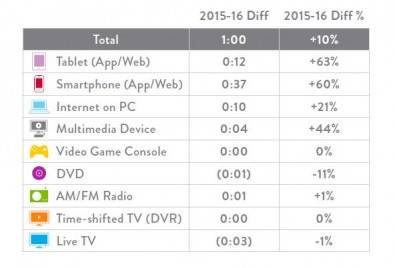 Lest one doubt the building success of streaming content, consider these Netflix fact points:

● Number of Netflix subscribers that long-in at least monthly: 81 million

Streaming in all of its configurations is key to a successful content delivery and business model. Can broadcasters effectively compete? We await the launch of ATSC 3.0 to find out. 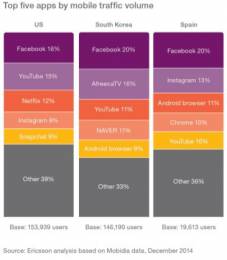 This could be the year streaming video overtakes traditional linear TV viewing for the first time, according to the latest Ericsson Mobility Report. Video consumption is increasingly being driven by the popular social media sites, especially Twitter and Facebook through… 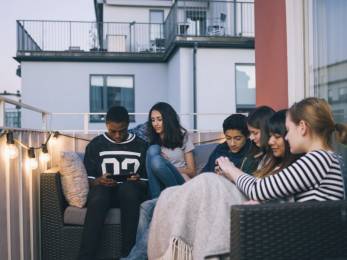 Looking at the rapid changes taking place in broadcast reminds me of Rip Van Winkle. In the story the guy sleeps for 20 several years, only to awake to a world he doesn’t recognize and one that doesn’t recognize him…