As podcasting explodes throughout society as a highly popular broadcast medium, a new report finds that its audience is expanding across demographics as well.

Ten years ago, podcast listeners were almost three-quarters white. Today, finds a new report from Edison Research in Somerville, N.J. that the audience for podcasts is almost as ethnically diverse as the U.S. population itself.

Edison said what is notable about the comparison of the two pie charts above is absolutely nothing. That’s because the podcast audience today looks nearly identical to the population in general. That means podcast producers have an opportunity to create an equally diverse portfolio of content.

With the podcast audience essentially mirroring America, podcasters have an entrée into winning over the 52 million Americans who have heard of podcasting, but haven’t yet taken the podcast plunge.

Only a decade ago, the podcast audience was nearly three-quarters white, which was as much a reflection of the types of content being produced at that time as any other explanation. But over the last 10 years, podcasters themselves have become more diverse, and with that so has the universe of available content.

For the ethnic diversity of podcast listeners to change so much over the last ten years is a tribute to the democracy of podcasting. Anyone with a story to tell, can tell that story. Increasingly, America — and the world — is listening to these stories.

In 2008, the podcast audience was 73 percent white, despite white people making up only 58 percent of the U.S. population. The new research reveals an almost perfect match for white, African-American and other ethnicities. Podcast listening is still lower among the Hispanic/Latino and Asian groups, though the gap here has also closed significantly over the years.

Much of the report looks specifically at women, who are a little less likely than men to listen. Among the reasons given by women for not listening are that 31 percent say they don’t really know what podcasts are and a further seven percent aren’t sure how to listen to one. Two-thirds of non-listeners report the opposite problem: there are so many podcasts available, they don’t know where to start.

Earlier reports say there are about 48 million U.S. weekly podcast listeners, and suggests that making content available with broader appeal may be key to hitting a target of 100 million listeners.

When Rob Glaser, head of RealNetworks, introduced streaming audio at NAB, 1995, no one could have imagined where it would lead. Now, it has fundamentally shaken the foundations of broadcast media by allowing anyone with an idea and a little money to begin their own broadcast. That is revolutionary stuff. 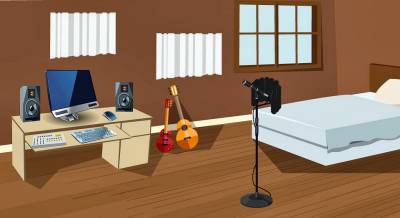 Podcasts are taking the world by storm. It is hard to believe that when audio-over-internet technology was revealed at NAB, 1995, that it would grow so fast and become so profitable to such a wide range of people. 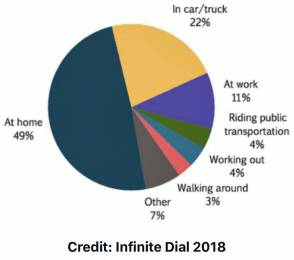 On Designing Audio for a Podcast

While it seems that everyone today is launching a new podcast, few know how to do it. Though on the surface it might appear easy, the devil is in the details. Here’s the right way to approach the task. 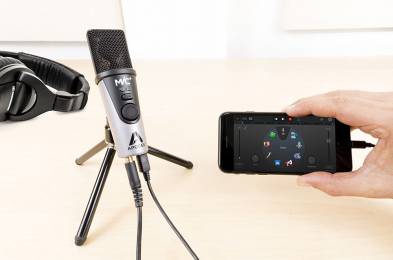 In this “how small can we make it” world, it was inevitable that podcasting would merge with iPhones, iPads and other iOS devices. Now, it is possible to carry an international radio station in your pocket or shoulder bag. That was…