UK based telco Vodafone has spelt out its plans to become one of the major global players in pay TV through migration of its whole base to a single cloud-based TV platform.

This would eventually imply the end of the set top box, but not just yet, according to Nuno Sanches, Vodafone group head of fixed development. This is significant, for although Vodafone as a telco might be expected to favor a boxless cloud-based approach, it has entered pay TV by acquiring traditional established operators. The most notable was German cable operator Kabel Deutschland, acquired for €7.7 billion via a hostile takeover bid in September 2013.

Speaking at the Cable Next Gen Europe show in London, Sanches stressed that greenfield sites would be first to converge to the cloud. He claimed that Vodafone was now able to launch a TV service in a greenfield market within seven months. The telco now has TV services in five countries and plans to converge all other products to this platform in coming years. This is part of its converged communications strategy centered on its largest current market, Germany, as well as its Central and Eastern European markets, the Czech Republic, Hungary and Romania. It claims now to be the leading “next generation” network player in Europe, with 54 million cable or fiber homes directly attached at high speeds.

Vodafone is jockeying for position in an increasingly converged communications and entertainment market at a time of consolidation, noting Comcast’s recent acquisition of Europe’s Sky pay TV group. In this context a key move in May 2018 was the agreement to acquire Liberty Global’s operations in Germany, the Czech Republic, Hungary and Romania for €18.4 billion. Previously present in 14 European countries, Liberty Global had been vying with Sky for position as the biggest pay TV operator in Europe. 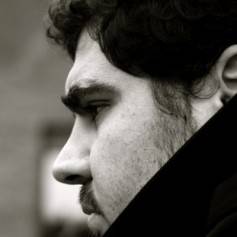 Vodafone's Nuno Sanches says his company will focus on bringing a “smartphone experience to TV”.

Sanches argued at Cable Next Gen Europe that the distinction between OTT and pay TV is now quite artificial as the two converge under the banner of cloud TV. This would augur a move away from STBs but only as and when that made commercial sense. “We expect the box footprint to decrease but we don’t expect it to go away,” said Sanches.

A subtext here is that Vodafone has struggled in pay TV over customer satisfaction as has been reflected in poor subscriber retention and acquisition. Sanches hoped cloud TV would help focus on the “value proposition” and match the user experience achieved in its mobile heartland. Indeed, as one of the early pioneers of cellular telephony in the 1980s it is not surprising that Vodafone is concentrating on bringing the “smartphone experience to TV”. Like Liberty Global, but unlike some of its global competitors such as Comcast, it would not be focusing on content.

Vodafone Cloud TV was deployed in Spain first late 2016, followed by Italy, New Zealand, Greece and Romania. The aim, not yet fully realized, is to establish a consolidated single product across all markets and sectors in which Vodafone operates. The objective then is to emulate smartphone-like rates of feature and service enhancement in TV. A significant partner here is OTT platform provider Kaltura, whose technology underpinned the launch of Vodafone TV in several European countries including Italy.