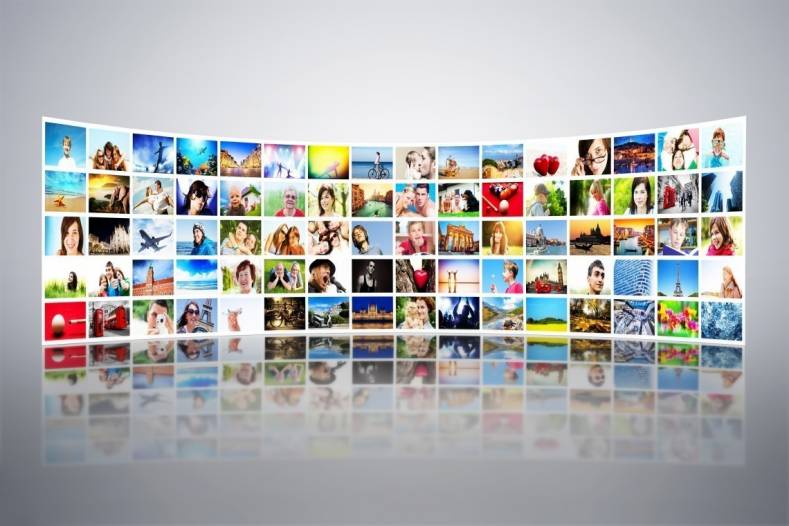 Netflix and Amazon Prime are available in all major European markets, yet face competition from local sVoD and OTT channels.Image Intelsat

Western Europe is a diverse market for OTT where the big global players are gaining ground but face strong competition from both regional and local service providers. This has been confirmed by several recent reports which have also pinpointed a trend towards Direct-to-Consumer (D2C) delivery, cutting out intermediate tiers of distribution.

But major providers of OTT services such as Netflix, Amazon and Sky are themselves both distributors and D2C providers by virtue of being content producers. There is a notable underlying movement then towards consumers accessing content, whether movies, TV shows or sports, directly from the rights holder of content producer rather than intermediate distributors.

The OTT field is complicated in Europe especially by the presence of popular free services from the major public service broadcasters, either carrying advertising or as in the notable case of the BBC iPlayer in the UK without any monetization. However, the market for paid OTT services across the whole of Europe is growing at a steady pace and will more than double from €8.1 billion in 2017 to €18.0 billion by 2022, according to OTT video in Europe: trends and forecasts 2017–2022, by the research firm, Analysys Mason. OTT will account for more than 80% of TV and video retail revenue growth over this period, three quarters of which will come from sVoD services, the report added.

Another survey from Kagan, part of S&P Global Market Intelligence, indicates a broadly similar trend for sVoD but with lower growth rate and revenues. It forecasts the European sVoD market to reach revenues of $6.8 billion (€5 billion) in 2022, up from $3.9 billion in 2017. This report cites the galvanizing impact of Netflix in each local market, as well as expansion of Amazon Prime Video as a stand-alone service, as key factors driving growth. But almost as significant factors are the debut of international OTT services like Naspers’ Showman, and the strengthening of offerings from local media providers such as Sky’s Now TV and ProSiebenSat.1 Media’s Maxdome. Kagan also notes the growing role of OTT in aggregating niche audiences across borders to accumulate significant numbers of subscribers, citing the US provider of horror movies Shudder. This is now available in several Western European countries including the UK, Ireland, Germany and Austria.

Such services, Kagan reckoned, were helping drive up paid subscriptions, which it forecast would rise from 39.3 million in 2017 to 60.8 million in 2022 across Western Europe at a compound annual growth rate of 9.1%.

The UK currently has the highest number of sVoD subscription in Europe at about twice Germany’s where there is still reluctance to pay for online content. Kagan did not give the figure but it must be at least 15 million in the UK. According to published figures from the UK Broadcasters’ Audience Research Board (BARB), Netflix has almost twice the number of subscribers as Amazon Prime Video in the UK. Netflix is clear number one in the UK with 7.5 million subscribers currently, followed by Amazon Prime Video in second on 3.8 million and Sky’s Now TV third on 1.4 million, although growing fastest at 70% over the last year. 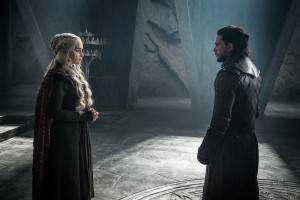 HBO is taking its shows such as Game of Thrones direct to the consumer in several European operators rather than via traditional pay TV distributors. Image: HBO

After the UK, the Nordic countries of Denmark, Norway and Sweden have highest sVoD penetration at levels ranging from 76.2% to 86.1% in 2017. Kagan attributed this to the countries’ high percentage of English-speakers as well as disposable incomes well above the European average.

Among other Western European countries, Austria is notable for low OTT adoption despite relative affluence, on account of having poor fixed-broadband penetration. Then in France, growth of the big international players has been checked somewhat by national pay TV operators operating their own subscription OTT services, competing directly with Netflix and Amazon for a share of the consumer spending pot. Vivendi SA’s CanalPlay is the most successful of these.

This is also the case in Spain, but their market leader Yomvi from Telefonica with 2 million subscribers is actually bundled with the Movistar pay TV services, so is more akin to TV Everywhere and is not standalone. Netflix is top of the standalone offerings with 1.16 million subscriptions by the end of 2017, according to data from the regulator Comisión Nacional de los Mercados y la Competencia (CNMC), having doubled over a year. Next was HBO España, which arrived late 2016 on the back of its success with Game of Thrones in the country, now on over 400,000 households. 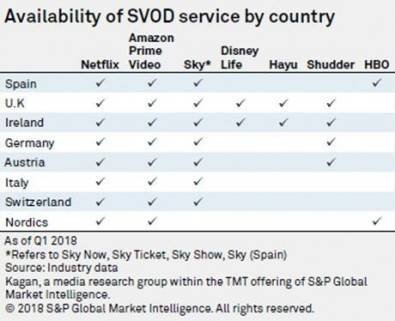 One notable trend across Western Europe is rise in D2C, exemplified by Formula 1’s launch set for May 2018 of its F1 TV subscription package with both live and on-demand options. But in Europe as elsewhere it is a nuanced picture with a continuing pull towards aggregated services as well. This reflects tension between content owners or rights holders and consumers. The former on the one hand want to take full control over distribution and cut out powerful intermediaries, as Disney has been doing by launching D2C services and pulling its content from Netflix. On the other hand, consumers would like one place to access content, especially more niche material. In some cases, this is leading to re-aggregation of content.

This dichotomy is nicely illustrated by HBO Go, which in November 2017 launched a D2C service in four central European countries, Hungary, Romania, the Czech Republic and Slovakia, while still making its content available through local distribution partners. In the Netherlands, HBO has even gone the other way by dropping its D2C sVoD platform to distribute its content exclusively through cable operator Ziggo, exploiting the latter’s large market share.

The decision whether to go D2C at the moment then looks like a tactical rather than strategic one for content owners and rights holders. 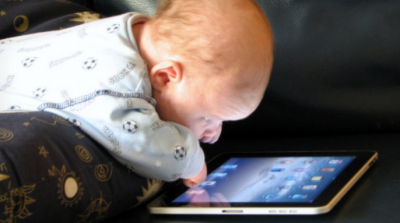 Adoption Of SVOD In US Continues To Grow

The year has begun with a spate of OTT technology announcements mostly aimed at unifying the different screens and content sources within a consistent and intuitive User Interface (UI). Two of the leading players, Nagra and Kaltura, highlight the different… 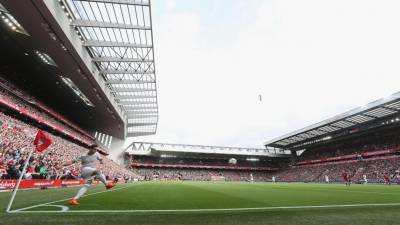 Live Premium OTT is Not Quite There

Live OTT has been the butt of various recent announcements focusing on security, quality and synchronization with traditional broadcast signals over satellite, digital terrestrial, cable or multicast IPTV. The goal is to enable delivery of premium content including TV shows…