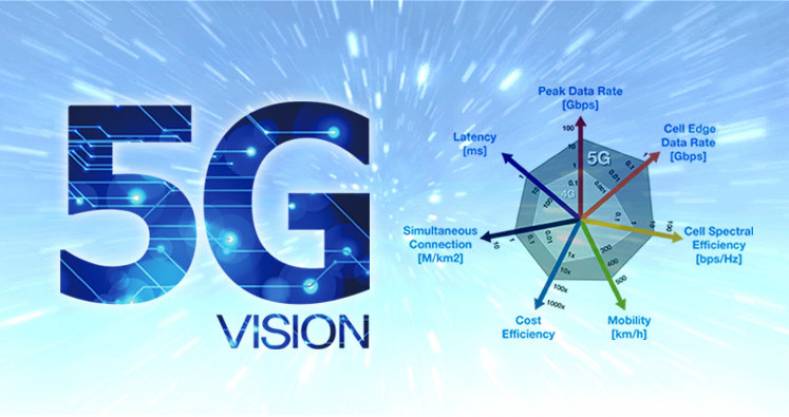 5G was the toast of Mobile World Congress 2018 in Barcelona.

The era of broadcasting over cellular could finally arrive with roll out of 5G services following some large-scale trials. One such trial is being conducted by the German Bavarian Oberland as part of that region’s research project ‘5G Today’ led by the country’s Institute for Broadcast Technology (IRT). The German tests could clear air for large scale broadcasting over cellular. 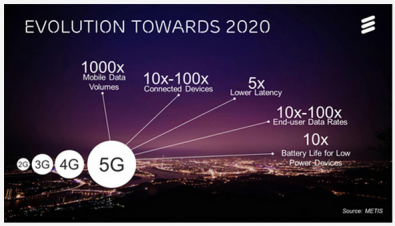 Ericsson forecasts that by 2023 increased consumption of ever higher resolution video on mobile devices will drive mobile traffic towards 110 Exabytes a month and 5G subscriptions could simultaneously reach one billion. Click to enlarge. Image: Ericsson.

This comes after numerous attempts to establish broadcasting over cellular going back over a decade, in the past mostly involving mobile operators. Broadcasters have tended to view mobile services as unwelcome competitors for their spectrum in digital terrestrial services. But now with that battle largely lost they see that emerging 5G services offering higher capacities and improved quality of service (QoS) for video offer an important medium of delivery, especially with continuing migration to OTT delivery. Ericsson recently forecast that proliferating video consumption at ever higher resolutions will drive growth in traffic over mobile generally towards 110 Exabytes a month by 2023. In particular it would push 5G subscriptions to the billion mark in that year. Broadcasters will have to be there with services able to deliver at high quality over 5G to avoid being left by the wayside of technological history. 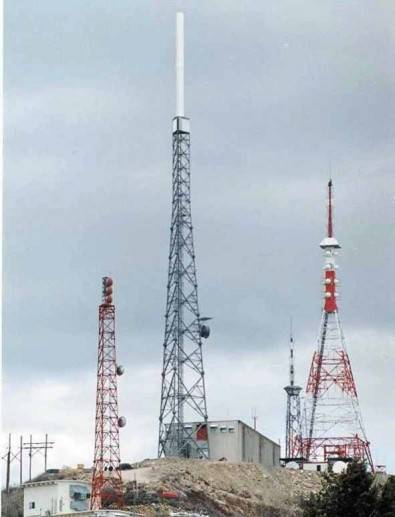 The point about FeMBMS, successor to the eMBMS (Evolved Multimedia Broadcast Multicast Services) technology otherwise known as LTE Broadcast trialed by various Telcos such as Verizon, is that it converts smart phones, tablets and other devices into TV receivers capable of accessing live broadcasting as well as on demand content at low latency and high quality.

The German trial is also looking at connected cars as important clients for video services that can only be transmitted effectively over 5G. Billed as a research project, it will last 28 months with the first transmissions scheduled to begin at the end of 2018 through the main BR transmitter in Wendelstein supported by smaller BR sites in the Munich area.

“Together with the EBU (European Broadcasting Union), BBC, RAI and SWR as well as industry partners, we have defined the broadcasting requirements for 5G and successfully submitted them to international standardization,” said Jochen Mezger, Head of the Network Technology Department at IRT. “These include, among other things, a 100% broadcast mode and increased space between transmitter sites. We are pleased that we are now able to implement and evaluate the standardization results in a test field in the 5G-Today project.” 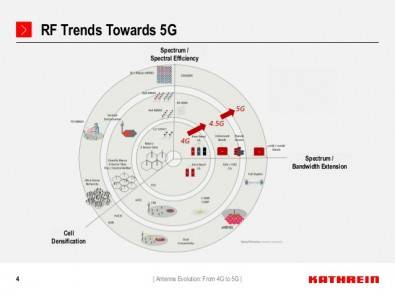 The planned timetable should dovetail well with 5G development and provide broadcasters with the knowledge needed to prepare for FeMBMS services. But there are some other issues to be resolved as well for broadcasting, notably that of indoor 5G coverage, which does not appear to be addressed by the German project. This featured in a number of discussions at the recent Mobile World Congress (MWC) 2018 in Barcelona, being a major issue for mobile carriers given that 80% of smartphone usage occurs indoors. Poor indoor coverage resulting from signal attenuation, especially in buildings with walls that are thick or contain a lot of metal, has been a problem for voice calls, access to data services and most recently video transmission. In surveys typically around 60% of consumers express dissatisfaction with indoor mobile coverage for voice and data.

Far from resolving these issues, 5G threatens to exacerbate them, in the absence of additional measures. This is because in order to sustain higher data rates, with widespread availability of 100 Mbps being demanded, 5G is having to reach higher frequencies to obtain the necessary greater bandwidth. Signals at higher frequencies suffer more rapid degradation and so have lower range. 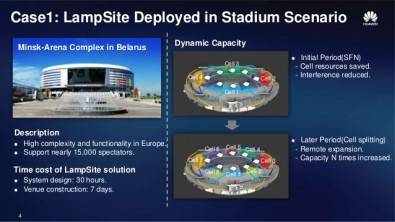 In fact, 5G will widely enter the C band between 3.4 GHz and 4.2 GHz, since the World Radio Conference in 2015 allocated 3.4 GHz to 3.6 GHz as a global mobile band. This move was made specifically to provide the first major new 5G band ready for services to roll out. Indeed, 3.3 GHz to 3.6 GHz band is the main focus of Chinese 5G trials, while South Korea will auction 3.5 GHz licenses later in 2018 and Japan, which already uses 120 MHz of 3.5 GHz spectrum for TD-LTE, plans to re-allocate some of that for 5G and extend the band to 4.2 GHz.

This will only deliver sustained high bit rate services indoors with deployment of dense small cells covering client premises, or else 5G will be eclipsed by ever improving fixed broadband services over Wi-Fi in any case. The major wireless technology vendors have of course been aware of this, as was reflected at MWC 2018.

Huawei for one released its next generation small cell product, the 5G LampSite. Described as the first multi-band indoor 5G Small Cell product that supports both 5G NR and 4G LTE, 5G LampSite can utilize CAT6A Ethernet or optical fiber cables that had been laid during earlier 4G LampSite deployments to enable upgrade to 5G without significant additional installation or amendment of radio network planning. 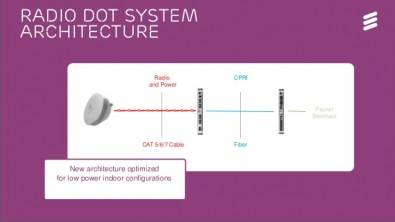 Meanwhile Ericsson in January 2018 had introduced its 5G Radio Dot designed specifically to meet the increased indoor mobile broadband performance demanded by 5G, both in terms of bit rate and reliability. This is quite like the Huawei package, designed to create up to 8 small indoor cells per building, utilizing existing CAT6A Ethernet cabling or fiber, or requiring that to be installed when not there.

Significantly both Ericsson and Huawei dismiss as impractical the alternative DAS (Distributed Antenna System) approach for creation of small cells. DAS has already been deployed in a number of larger buildings, including hotels, hospitals, multi-tenant units, business premises and university campuses. It involves splitting a source into multiple lower power radio outlets spaced apart to reduce overall attenuation. But it is unwieldy and inflexible for a smaller building, taking longer to install and being harder to upgrade, as well as being more expensive because of the multiple radio heads requiring dedicated interconnects.

Clearly these in-building coverage issues should feature in 5G broadcast projects, given that a lot of the access to mobile TV services will be indoors.