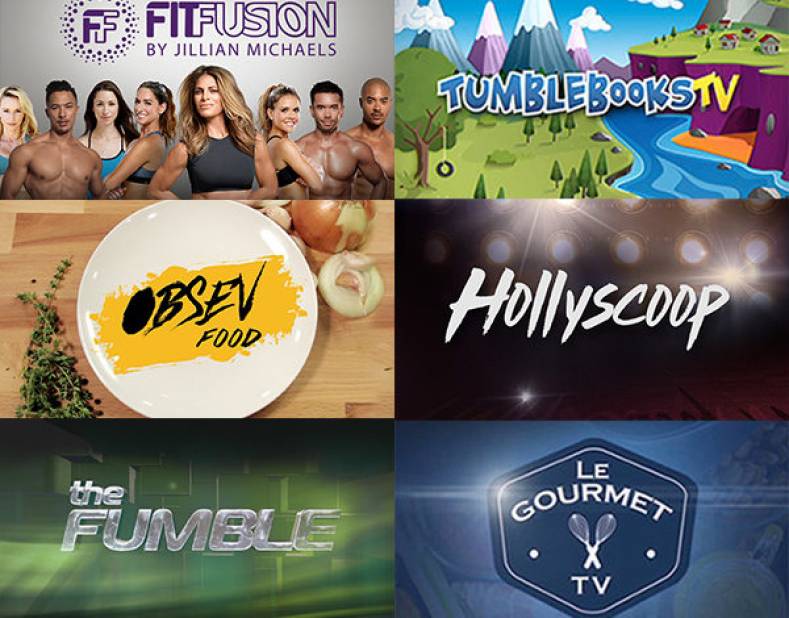 Zone TV works with Microsoft to apply AI across the pay TV experience using the Video Indexer service to automate the curation of content.

Like the set top box, the traditional TV channel continues to defy predictions of its imminent death and now it appears like it is gaining a further lease of life in the OTT world with the help of AI techniques for automated curation.

Alongside the usual major suspects such as Amazon, Google and Facebook, a lesser known aggregator of content, Zone TV, is making waves in the emerging field of personalized channels by accumulating digital-only rights to a range of content. But unlike these big Internet players, Zone TV is distributing its channels through existing pay TV operators rather than directly online. The company, with offices in Ontario, Canada and Santa Monica, California, has adopted a three-pronged strategy, securing online license agreements with relevant content owners, striking distribution deals with pay TV operators and acquiring technology including AI tools for its OTT ecosystem.

The first two of these three prongs are closely linked since Zone TV almost out of necessity given limited funds has focused on niche content. The aim is then to lure pay TV operators with the argument that they can still make quite a lot of money by aggregating a number of distinct smaller audiences.

On the content front, Zone TV has assembled at least 28 Subscription VoD (SVoD) channels offering content such as historical documentaries, kids’ programming, games shows and martial-arts movies. Content contributors signed up so far include NASA and children’s show “Bob the Builder,” as well as magazine publishers such as Field & Stream and Outdoor Life.

Zone TV then splits revenue generated from the channels with the content providers and then hands over 30% of the rest to the distributors. This is done on the basis that there is no advertising, which is one of the selling points to consumers. This model seems to have had no problem attracting major pay TV operators as distributors, including Comcast, AT&T’s DirecTV and Telefonica.

The company is coming to life in the OTT era through personalized channels, having been jogging along since its foundation in Toronto in 2002 by executive chairman Doug Edwards, who now heads product development. The change in October 2015 from its former name of ES3 probably helped regain momentum, as did adoption of the revenue sharing business model and appointment of ex-AT&T executive Jeff Weber as CEO at the same time. Then having gained several major distributors, the model is drawing in small independent content creators by providing them with a larger and better targeted audience. Viewers are more likely to discover the channels because they are in the operators’ Electronic Program Guides. Subscribers can also create their own “my zone” channel, which they can populate with programming tailored to their tastes from the various Zone TV channels.

Amazon will exploit its Alexa personal assistant to personalize its Channels package.

Zone TV has built its end-to-end video workflow for both new specialized channels and its VoD assets on Ooyala’s Flex Platform, with delivery via Microsoft Azure Media Services. More significantly, it is collaborating with Microsoft to apply AI across the pay TV experience, in particular using the latter’s Video Indexer service to automate curation of content into the customizable linear TV channels, which were launched in October 2017. Video Indexer is part of Microsoft’s Cognitive Services, which also allows Zone TV to exploit Azure Media Analytics to derive greater insights into the audience and enhance recommendation.

One constraining factor is the metadata associated with the content, which at present can prevent recommendations exploiting features down to the scene level. But that is largely what Video Indexer was designed for, to accelerate and automate creation of metadata and penetrate to greater depths including scene or frame level features. According to Microsoft, the technology is capable of searching for spoken words, faces, characters and even emotions within the video.

Meanwhile many pay TV operators themselves are edging towards personalized channels. Sky Europe in June 2017 embarked on this course by replacing its numbered sports channels with themed offerings focused on specific sports such as football, golf and cricket in June 2017. This reduces the total package cost for many sports enthusiasts who can now mix and match at the channel level, with the next step being to allow them to cherry pick different sports within a single channel.

Google’s YouTube first started talking about personalized channels back in 2010, but these again were just pre-curated channels such as gaming and comedy as part of its so-called Leanback experience, although not that many people actually did recline in their chairs to watch them at that stage.

More recently social media players have seen the potential of themed or personalized channels. Facebook’s Instagram revamped its Explore Page, introducing a personalized “Videos You Might Like” feed that draws content from across the whole network. This is still though based on themed, hand-curated channels.

Amazon’s Channels is also heading in this direction, exploiting its growing catalogue of content including some premium assets. It is promoting its Channels strongly within its Prime service across North America and some of Europe, allowing subscribers to bolt on subscriptions to streaming platforms such as Discovery and Eurosport Player in the UK for example, along with HBO, Showtime, Starz and Cinemax in the US. For Amazon a key component is its AI based voice-driven personal assistant Alexa, which it aims to exploit both to improve personalization and obtain deeper audience insights to fine tune recommendation. 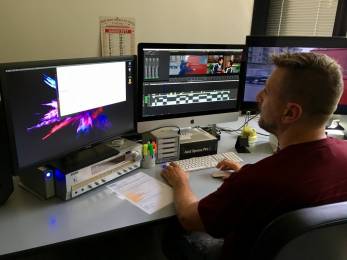 Attendees to Society of Motion Picture and Television Engineers (SMPTE) conference might conclude that Machine Learning (ML) and Artificial Intelligence (AI) have progressed way beyond hype as they start to enter just about every aspect of video production and distribution. 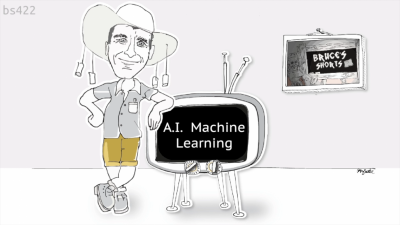 Will AI lead us to a dystopian nightmare or is it a useful tool for the Media Industry to add value? Bruce Devlin looks at Artificial Intelligence (AI) and machine learning.