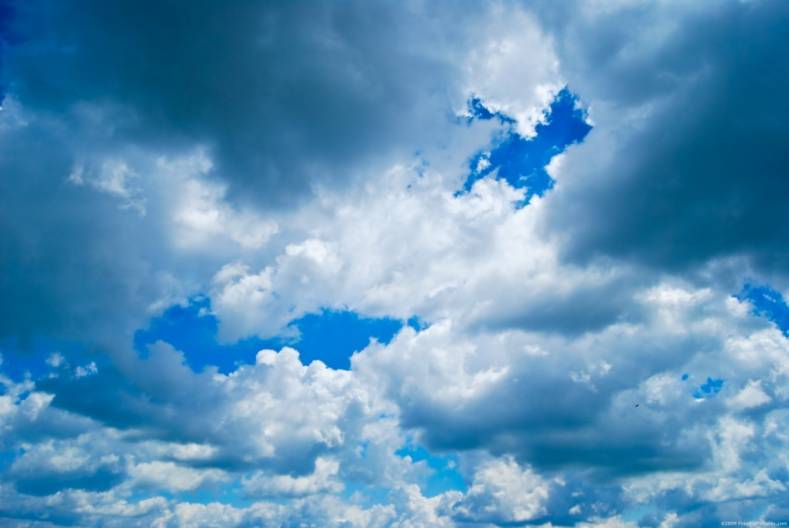 While cloud solutions remain highly promoted, broadcasters have yet to widely adopt their offered solutions,

One of the most promoted technologies at recent shows is the cloud solution. This technology is forefront in the minds of many broadcast engineers and managers—perhaps more because of marketing than first-hand knowledge. Before you make the leap, be sure to understand exactly what benefits and costs the cloud will bring.

While touring the halls of last NAB and IBC shows, one could not help but notice all of the cloud banners in the exhibit booths. Of course, every exhibitor with such a label had just the answer to your perceived needs.

But the truth about the reality of cloud solutions today is in dispute—even by some who offer these products. This and other facts regarding cloud adoption were revealed in a series of The Broadcast Bridge articles bannered under the title, “Is Cloud Playout Ready For Primetime?

A group of six cloud solution vendors was queried about the use of cloud technology for broadcast. The answers provided by these vendors resulted in seven tutorials, which are linked at the end of this article. Readers are encouraged to compare the vendor answers to the their individual needs.

Unanimity? Not so much

The ideas discussed were vendor-neutral and products were not the focus. A surprise in the resulting data was the frequent disagreement between vendors about cloud applications and the viability of today's solutions.

One might believe that solution providers might generally agree on most points about cloud implementation. However from my read, there was only one issue where the vendors seemed to agree: broadcasters are risk adverse and that is delaying adoption.

Here are some of the questions asked and vendor responses. 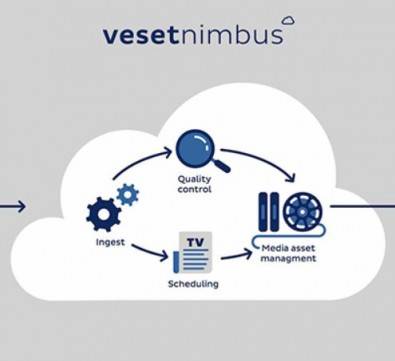 To what extent can playout infrastructure now be shifted to the cloud?

Veset: “When it comes to operating a linear television playout, the playout itself as well as all the elements of the linear channel workflow, can be shifted to the cloud.”

PACE Media: “All infrastructure for a file-based playout scenario can be shifted to the cloud without problem.”

Pebble Beach Systems: “It is important to factor specific channel characteristics into this debate. For now, the cloud is better suited to ‘simple’ non-live non-reactive channels where schedules are typically locked down well in advance of playout.” 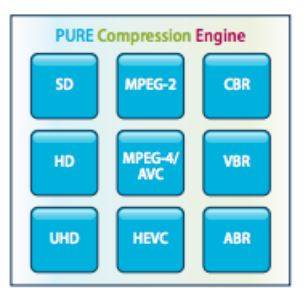 According to Harmonic, MAM, scheduling, traffic and billing, and automation are already either in the cloud or cloud ready.

Harmonic: “MAM, scheduling, traffic and billing, and automation are already either in the cloud or cloud ready. Even playout and encoding have been deployed in datacenter environments as pure software systems. In effect, a large portion of playout is already present in the cloud environment. This implies private cloud solutions rather than public cloud hosted solutions. But this does not solve all the workflow needs.”

In all seriousness how easy is this shift – what does it entail?

Veset: “When shifting from the old paradigm to an IP/Cloud-based one, broadcasters have to take a step back and understand their actual and commercial priorities and then structure their playout operations/services in a new way.”

In SAM’s August, 2015 survey, great majority of respondents indicated that cloud playout of their primary channels remains a long way off - at least a full capital equipment lifetime cycle

SAM: “The biggest barrier is a lack of knowledge at all levels. The list of new things to know about touches every part of a playout business. It’s not just about repeating today’s playout model in the cloud, its all new; IP streaming formats – SMPTE 2022-6, H.264, VC2, How will you decode and test those streams, because your existing broadcast engineers probably don’t have the tools or knowledge.” 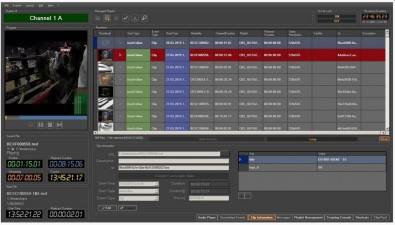 “This depends on the customer's existing ‘classical’ workflow. The higher IT integration in existing workflows is developed, the easier these workflows can be adapted to a cloud scenario. Also experience with integrated playout solutions will make it easier to move to the cloud.”

Cinegy: “Technically very simple. For existing staff to embrace it – not so easy and it requires a change of mind set. But you can ease them into it. In the end they won’t know the difference whether the equipment is in the room next door, across town or in another country.”

Pebble Beach Systems: “It’s an evolution, not a revolution. Broadcasters are highly risk averse and will probably start to use this technology in lower risk deployments such as Disaster Recovery. At Pebble we recognise the need for a period of coexistence for best-of-breed deployments of classic technology alongside the adoption of IP and virtual machines.”

What are the barriers - business, technical, psychological - to adoption?

Veset: “The main barriers are psychological. Linear television is built around a very conservative paradigm of reliability and security. However, linear broadcast has been under constant pressure from new forms of television such as OTT, video-on-demand and streaming services. Cloud infrastructure and Internet technologies have been at the heart of these disruptive new entrants because of the unprecedented scalability and reach they offer.

To stay competitive and augment, if not replace, their linear heritage, it’s time for broadcasters to embrace cloud technologies to secure their place in the future of television by becoming more flexible in their ability to deliver high quality, curated content to increasingly fragmented audiences.”

SAM: “As an industry we need to start being completely honest about what is achievable today. Some vendors appear to be raising expectations of what is possible today to unrealistic levels.

“Fortunately many customers have now worked this out, but it is a disruptive influence in the industry at a time of such change. The truth is we are at the early stages of our industries transformation so once the technology is proven there is still a huge mountain to climb regarding data security, especially where public clouds are concerned.”

Pace: “When there is hardware, which is not amortized yet, it won't be reasonable by economic means to move existing playouts to cloud. Also there will be training costs to handle new technologies and some new equipment will be necessary on customer's site”

Harmonic: “The barriers to entry are many and varied, starting with perceived risk. The industry is, for all practical purposes, in the early adopter stage of IP and cloud playout. Standards are only now emerging that will allow broadcasters to solve some of the more complex issues that surround software-based video workflows using IT technology in a pure IP world.”

Cinegy: “Not all vendors are equally capable is a nice way to put it. This may create customer scepticism, but those that offer this as a service need to have the competitive edge will have no other choice. The rest is a question of business case. 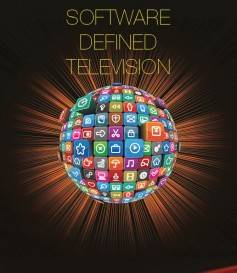 Cinegy says the days of proprietary broadcast hardware are over. Standardized software running on commodity IT equipment, in virtual machines or the cloud is how it’s done.

Pebble Beach Systems: “The key barrier is the perceived risk in terms of security of operations, and also the benchmarking of performance and knowing where the technical limitations are in terms of performance. There is widespread acceptance that virtual machines are the way forward, but questions remain over on air reliability, and there are some factors which are definitely encouraging a wait and see approach, not least 4K.”

What are the challenges involved in delivering a Ultra HD channel with 4K graphics from the cloud?

SAM: “It won’t be surprising to hear the answer is bandwidth! The financial costs of storage and time taken to move the very large UHD file sizes around are going to make VOD the most attractive initial delivery mechanism for single assets and binge viewing. That’s certainly been the strategy of Netflix and others so far.

PACE Media: “The availability of hardware0accelerated HEVC encoding. The bigger amount of data to be transported over internet connections.”

Cinegy: “For the private cloud – none. For the public cloud – choosing the right size VM with the proper vGPU option.”

Harmonic: “UHD playout of any kind is in the early stages of rollout. Even with conventional solutions, it is not an easy task to put UHD channels on the air. The promise of boundless disk and CPU resources should make it easier from a pure resource standpoint, but in reality, the industry is not there yet.” 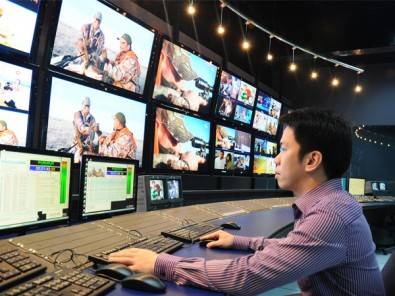 Pebble Beach Systems: “CPU is the key issue here. The more pixels there are, the more processing power is required. The efficiency of the codecs and the amount of CPU loading are all factors.”

So there you have it from multiple cloud solution vendors. Moving your operation to the cloud will not be easy. And, depending on your particular operation—it may not be time to move to cloud.

But the technology is developing and more broadcast operations may soon tip toe into the cloud.

What the vendors do agree on is that the cloud may offer benefits—but you have to be sure their advantages make economic sense for your operation. 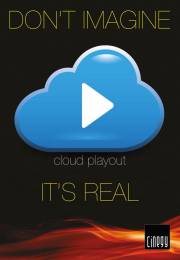 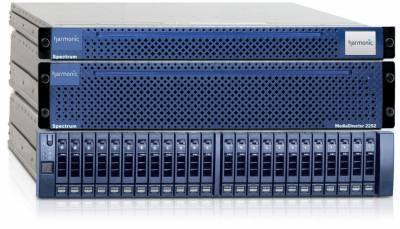 ​Is Cloud Playout Ready For Primetime? Harmonic Has A View

According to some vendors, cloud playout is good to go today. Yet for the most part broadcasters are holding off on investment. It is still early days for the technology of course and Moore’s law will send performance up…

​Is Cloud Playout Ready For Primetime? Pebble Beach Systems Has A View

​Is Cloud Playout Ready? PACE Media Development Has A View

​Is Cloud Playout Ready For Primetime? Veset Has A View

Many vendors hardware-based technologies are masquerading as cloud playout solutions while the industry itself is suffering from a psychological barrier of insecurity. These are some of the strongly argued views of Veset CEO Igor Krol. Veset was founded in Latvia…