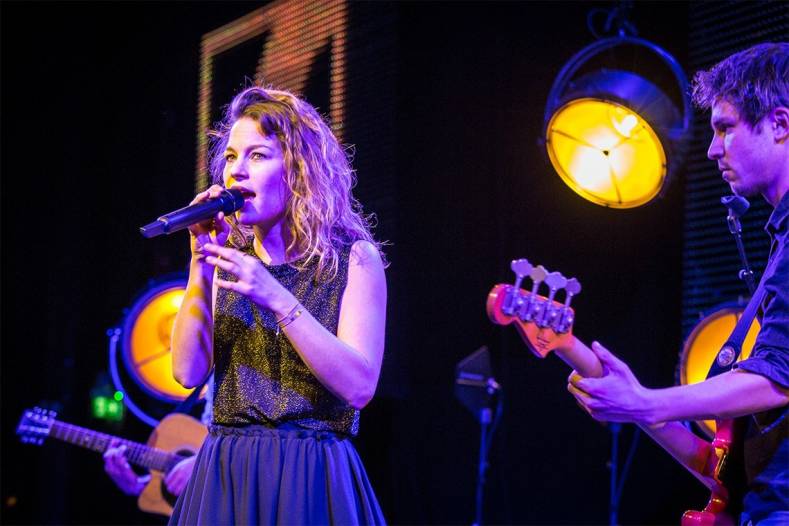 In the most hyper-connected world humans have ever inhabited, it might sound absurd that a large number of people do not know how to hold and use a basic microphone. But it’s true. This glitch in knowledge can make it difficult when trying to record professional audio, whether music or speech. 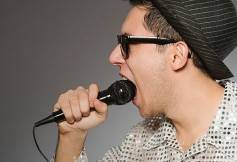 Closer is better, right? Not that close.

Part of the problem dates back to the 1960s — during the rise of rock and roll bands. In this period, rock vocalists practically “ate their mics,” holding them against their lips to get a louder sound. Such old habits die hard and a newer generation, mimicking their predecessors, decided that’s the way they would do it too.

Today, experts agree that the best microphone pickup is a few inches off center from the mouth. This way, mic doesn’t cover the face, there are less popping “p’s” and the sound level is identical, said Michael Pettersen, a microphone expert and historian from Shure. 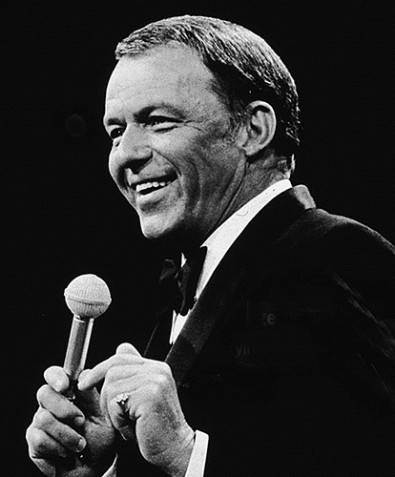 A popular performer’s microphone, like the Shure SM-58, works much better when held a few inches away from the mouth, though many singers and speakers continue to use the microphone way too close. Great vocalists who used their microphones correctly, Pettersen noted, were Frank Sinatra and Ella Fitzgerald. Their techniques should be studied.

“The way you hold your mic can actually affect your breathing and your throat, adding or detracting from your ability to communicate,” Judy Rodman, a vocal coach, told Voice Council Magazine while working with a student. “It didn’t take but a few seconds to put together her vocal limitations with the way she was holding that mic. Working on that for a few minutes created immediate and significant vocal improvement.” 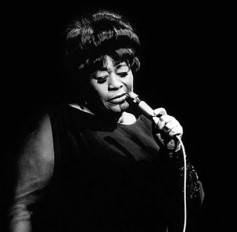 Ella Fitzgerald always knew how to hold the microphone.

Microphones set at a proper level, with a gentle reverb and EQ dialed in, can enhance the sound of the human voice. Novices unfamiliar with microphone technique should rehearse using a microphone of similar weight. Holding the microphone correctly or approaching it while on a stand can add confidence and aide the speaker’s breathing.

In advising novices, the pros suggest holding a mic with a steady grip at a 45 degree angle. Occasionally squeeze the microphone in a way that it expands the ribs and sinuses for extra breath power and control. Let go when appropriate.

Also, never block the face with a microphone. This not only results in better audio quality, but allows the audience (and photographers) to better see the face while performing. Not being able to clearly view a performer’s face — while singing or speaking — lessens the impact of the performance.

Sound operators working with novices sometimes have trouble dealing with mic technique. Some singers are adamant about how they want to hold the microphone and ignore all advice. 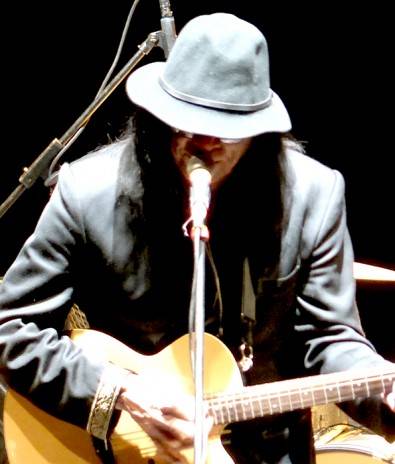 Sixto Rodriguez blocks his face with mic and shadows. Photo by Frank Beacham.

Others have never thought about it or are unaware that it’s even an issue. Have the person “test” the mic with their voice and perhaps do a test recording to allow them to hear the difference in sound by how the mic microphone is held. Also, take a photo from the audience and low them see how they look to audience members with the microphone. This sometimes will create a new awareness that will do the trick.

Depending on the subject’s voice and the amount of time one has to work with them, show the performer what a bit of air can do to the sound and how proximity effect can work to their advantage. The closer they get to the mic, the more low-mid range they will elicit. The further from the mic, the more natural they sound.

While pop and rock performers normally use cardioid mic pickup patterns, other kinds of voices often sound better with a figure-of-eight pattern ribbon mic at a distance. This can result in a far more realistic sounds that can be thickened the closer the mic is to the subject. The trick is to experiment and find the sweet spot for each voice.

Some performers do not want to sound 'natural' and work to overload the microphone or mixers' inputs, creating their own 'sound'.

If there is a need to consistently de-ess a singer’s vocals after recording, place the mic’s capsule at even more of an angle. This can cut the harshness and improve the sound. When the right position is found, it can serve a performer for life.

There is no one way to improve sound, but good mic etiquette is certainly a starting point. Approach mic technique like every other aspect of professional sound. Think through it, using the basics, and then experiment until the sound is refined for the unique voice in question.