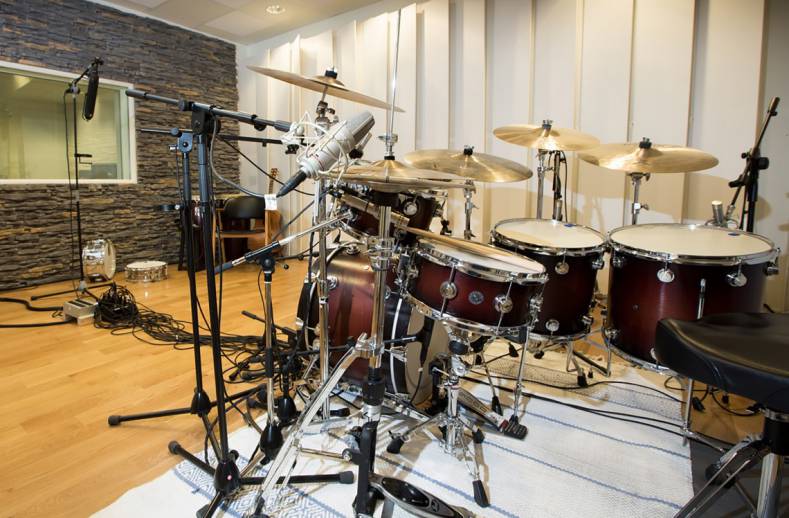 Every room or space has a unique sonic character. Whether it’s Abbey Road Studios or a one-car garage, each space is one of a kind and sounds like no other. Often, bringing the sound of the acoustic space into a recording is the missing piece that makes it sound truly distinctive.

Modern recording technology, which has expanded to allow a huge number of tracks at very low cost, has encouraged close miking. Coupled with the trend away from expensive, dedicated studios to tiny bedrooms, garages, offices and other make-shift spaces has also impacted recording techniques. Today, more recordists capture individual instruments and voices rather than the ambience of the space.

However, early recordings, virtually all made in studios, used “room mics” to capture the sound of the acoustic space with the music. This aided drums and other instruments, such as brass and strings, that have long tails. Without realizing it, the ambience of the space where the recording was made was often a major part of the sound of an instrument. It gave the recording its signature sound.

In recording studios and other tiny spaces throughout the world, the use of room mics is making a comeback. In fact, these mics can also be used outdoors to capture the natural sound of the environment for documentaries, interviews and even news programming. It is not just about music anymore.

If the sound source is quiet, the amount of room tone entering the mic will be more than if the source is loud. This is even when the mic is positioned the same distance away from the source. These are two important elements to understand when placing a room mic for recording.

Any microphone can be a room mic. In fact, mics removed from main use in a recording studio and left open have been used to pick-up room tone. However, the best mics are stereo or even immersive, which capture room sound in a wider format. 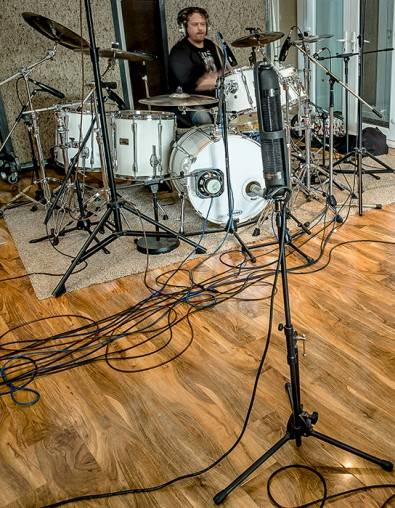 The passive AEA R88mk2 stereo microphone ($1795) is widely used and respected by major studios throughout the world. Some studios feature the mic in every studio. Also, a pair of active AEA N8 mics in a stereo recording kit ($2296) captures the same sound in a more portable package. These “far-field” mics can be used about 15 to 20 feet away from the main microphones and capture room ambience in stereo. They are then blended together with the main microphones to add a rich element to the overall sound. 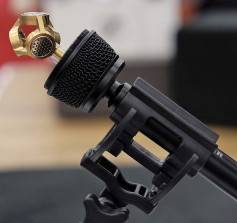 Sennheiser AMBEO microphone is an ambisonic microphone fitted with four matched KE 14 capsules in a tetrahedral arrangement. The design captures a room's sound from a single point.

Another excellent way to capture room sounds is to use the Sennheiser AMBEO mic ($1695), which employs four KE14 capsules in a tetrahedral array. When processed with Sennheiser’s included ambisonic software, the four channels can be decoded to stereo, surround or 360 degree immersive sound. The sound from this mic can work wonders in great acoustic spaces.

Room mics are nothing new. In fact, they are old school technology being rediscovered to help new users find a more distinctive sound. Even in home recording set-ups, room mics can be set up in the next room to deliver a larger sonic ambience.

In broadcasting, it’s a no brainer to use room mics at sporting events to capture the roar of crowds and other ambient sounds. Think of doing that with the AMBEO mic. Since most stereo mics, including the AEA’s R88mk2, can also do mid-side recording, broadcasters are always ensured perfect mono to all listeners if something else goes wrong. It is very easy to use. 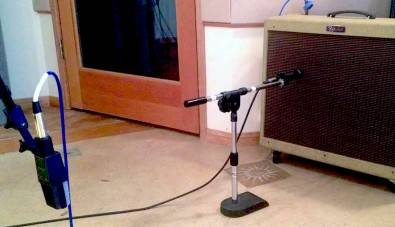 Room mic in a home studio.

Some might suggest using reverb or other electronic processing treatment to alter the sound. In my experience, this strategy never sounds the way the recordist intended. The tried and true way is by physically moving the mics and using as little processing as possible in the recording process. If temporarily working in a home or office environment, use “found” materials to improve acoustics. Rugs and pillows can work wonders. Use acoustic treatment kits in more dedicated spaces.

Sometimes a room mic is the “glue” that is missing from a recording. Experiment with any mic as a room mic and try blending it into the final mix. The results might be surprising. If this happens, begin to look at mics made for the purpose. They are proven tools that have served many professionals well throughout the entire history of the recording industry. 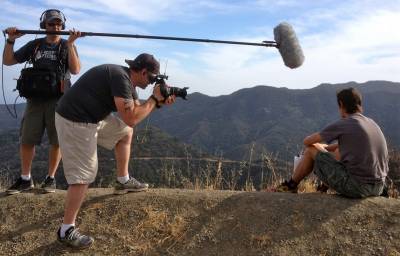 Use Natural Sound to Jumpstart Your Video

Natural sound — the ambient audio around us at all locations — can be harnessed to add depth and detail for video productions. Or, it can be totally ignored. Learning the subtleties of natural sound can make anyone a more compelling video pro… 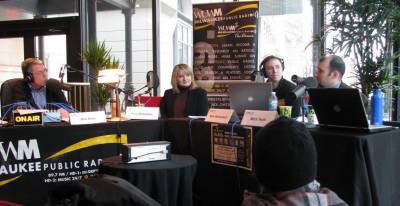 On live broadcasts, getting good sound on anything or any subject is a skill set demanded of all sound operators. In today’s highly segmented world, however, those skills can be lost if not constantly tested. Here are some general r… 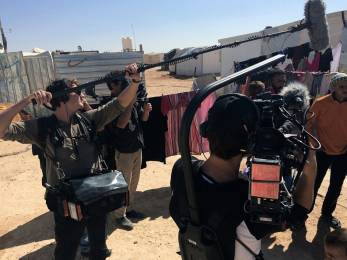 Recording high quality sound at noisy outdoor locations can be a real challenge for videographers. Here is some advice on using shotgun microphones to help ensure that location sound is not only useable, but of top quality.