Most of what TV viewers want to hear is dialog. Unfortunately set makers increasingly are remiss when it comes to delivering high-quality audio to their customers.

I was reading the most recent article by John Watkinson, “Loudspeakers, Part 1”, which outlines his series on speakers and human hearing. In the article he discusses how the human ear processes audio, in other words “hears”. Most of what TV viewers want to hear is dialog. Unfortunately, set makers trade picture quality over audio performance every time.

Back in my days of radio, I considered myself an audio aficionado and tried to buy top-of-the-line audio equipment whenever possible. Some of the brands that interested me were McIntosh amplifiers, Technique turntables, and Klipsch speakers. I considered these brands as quality products and I enjoyed using them. But I gave up chasing the ever-allusive “best” audio anything because I no longer believe a “best” exists.

Are there good, better and best audio products? Yes to the first two, but no the last. Of course one can find good and then better speakers, amplifiers, tuners, insert your own favorite audio device. But where does that drive for perfection stop? For many audio people, it never does. 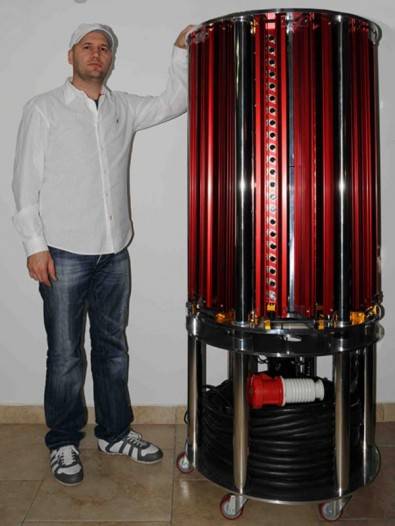 Andrea Pivetta standing next to his Pivetta Opera One audio amplifier. It provides 12 output channels, 1600 watts each into 8Ω, for a total of 19,200W. The amplifier requires a serious power supply which must be connected to a 230/400VAC mono. Initially priced at $650,000, the Pivetta Opera One is now on sale for only $490,000. Installment payments available.

As a radio chief engineer, the most expensive stereo amplifier (not even 5.1) I ever saw cost less than $2500. Today, that’s not even a down payment on some of these esoteric audio products.

Now, for the minority of you who may actually be audio elites, I am not criticizing you or your pursuit of perfection. If you can afford to spend 10 or 20 times an average person’s salary for a turntable, or amplifier, who am I to criticize?

What I am poking fun at is the amount of insanely expensive equipment available to fuel this appetite. Would I like to be able to afford a $100,00 amplifier module (that would be only one channel), of course.  So for those with the appetite and wallet, go for it.

Does audio even matter?

Regrettably for the super audiophiles, all this drive for audio perfection flies in the face of recent data saying that audiences no longer feel driven to pay for super audio.

The second most advertised electronics components are TV sets. The real secret is that when it comes to television set performance, manufacturers don’t care about audio. An even starker fact is that today’s consumers don’t seem to care.

When was the last time you heard anyone say, “I won’t buy that TV set because it doesn’t sound good?” Set makers spend much of their effort ($) making TV sets lighter and thinner. Every set maker then adds their own set of proprietary “features”, many primarily designed as marketing phrases. Unfortunately, the result of all these pressures often result in lower-quality audio performance

The fact is today’s televisions are not large enough to house high-quality sound systems. Said Hannaher, “The sound systems in most Ultra High Definition TVs – with tiny, downward-facing speakers – do not sound as good as the sound system in a 1950's Philco black-and-white set.” 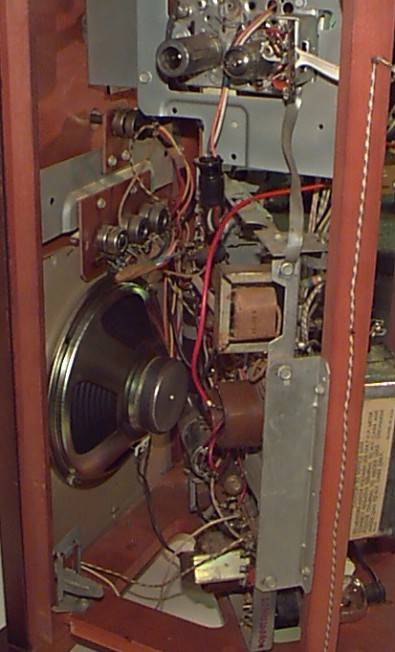 So after 50 years of improved technology, the pictures are far better, but the sound is worse.

I can’t hear you

One result of this dilemma is that viewers can not clearly hear program dialog. Almost 100 million American viewers are over 50, many with some hearing loss (Woodstock era). This means that a large number of people find it increasingly difficult to understand the dialog on television broadcasts. In my home, I often use the 5.1 audio system just to enhance the dialog so we don’t have to excessively increase the volume.

Because most flat-screen TVs use tiny speakers mounted in a downward-facing position, this only adds to the problem. In fact, today’s TV audio is so bad, people with hearing aids (or even perfect hearing) often have difficulty understanding dialog. (One audiologist’s customer said “My new TV sounded fine until I got hearing aids…now it sounds like crap.”)

One solution is for TV viewers to add a sound bar to their installation. Even so, some sound bars do not include an adequate center-channel speaker. And for those in the over 50 age group, the solution represents another piece of technology to understand and install.

Sure, a 5.1 or 7.1 surround system would help. See above paragraph and multiply the complexity by about 500. Until TV set makers (again) get serious about audio, viewers will continue to endure inferior broadcast, cable and satellite audio. And this is in spite of broadcasters spending millions of dollars building excellent audio plants.

To summarize, pictures sell TV sets, audio is just along for the ride.