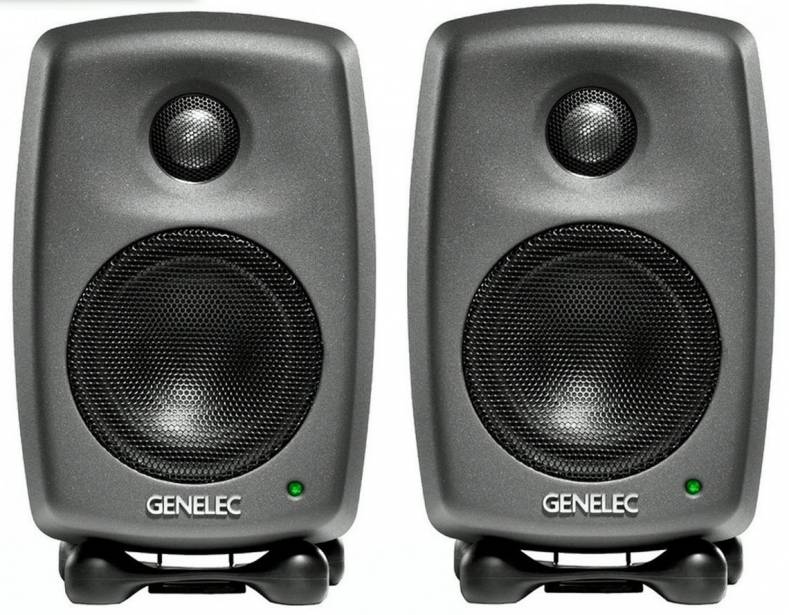 Vintage King Audio, a pro audio dealer based in Nashville and Los Angeles, tells us that when building or upgrading a studio that nearfield monitors should be at the top of our priority list.

First, why are “nearfield” monitors so important for critical listening? The closer the speaker driver is to the ear, the less room reflection is involved in the sonic waves. This allows the listener to hear more of the captured signal and less of the room, with all its inherent distortions.

Large speakers on the wall are wonderful for showing off and having an immersive listening experience, but the short distance to nearfields is where it counts for critical listening.

To help choose the best monitors for a studio, Vintage King broke down the nomenclature:

This is the box that holds all the components. Enclosures come in all shapes and sizes, with nearfields generally being compact. This is for two reasons: they do not have to be as loud and powerful as main monitors and they usually only have a woofer and tweeter, with no midrange speaker.

Enclosures can make a huge difference in the sound of a given speaker, with much attention paid by the manufacturer to the cabinet material (to eliminate negative resonances) and the front fascia.

This is especially true around the tweeter. In order to shape the outgoing sound waves, many manufacturers have proprietary curved designs to harness the inherently directional nature of high-frequency sonic waves. Genelec and Neumann are typical examples. 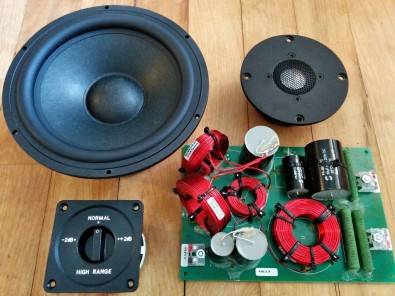 The crossover gets its name from its function, as it is a network of circuitry that determines where the frequency band gets split up and sent to different speakers. The points where the signal stops going to the woofer and heads for the midrange instead is one of the “crossover” points on the spectrum.

Part of the reason for crossovers is simple energy management. It takes more energy to create lower bass frequencies than it does higher frequencies. Since speaker types are specialized, finely tuned tweeters should be spared the task of having to deal with the low end too. 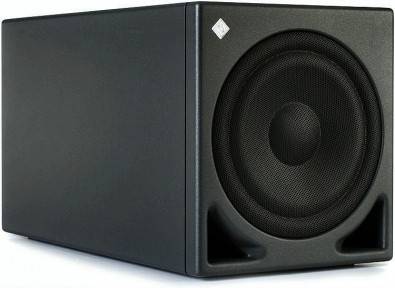 The subwoofer is designed to reproduce all the lowest frequencies, sometimes even those that can’t be heard, but only felt. A typical crossover frequency is 120 Hz. Below that, the sub handles all the duties. It’s usually big and power-hungry, and despite its size, the sub can help in nearfield monitoring due to the physics of sound.

Low bass frequencies are much less directional than mids and highs, so the sub does not need to sit on top of the mixing console. It can be moved to a convenient location nearby and users will still hear and feel it. Because it’s so power-hungry, a subwoofer is usually self-powered or active. Often the subwoofer will also have an adjustable crossover to let the user decide which frequencies it should handle.

The woofer handles the low end. In the early days of speaker design, this name was chosen to imitate the type of sound the larger speaker reproduces, i.e. the woofing of a dog.

More complicated is pinning down the exact specs of a woofer. In speaker design, everything is relative, so there is no fixed size for a woofer. It could be four to 15 inches across. The key point is that the woofer is the driver inside the enclosure designed to deliver the low end. In a typical main monitor, this would be a very large cone driver. In a nearfield reference monitor, the size is more typically six to eight inches.

Because most nearfields have only two drivers, the woofer also has to handle some of the midrange frequencies. This is where a good crossover becomes critical in deciding where to split up the spectrum for the best reproduction.

A true midrange will be part of a three-way (or more) monitor system, which is almost always found in main monitors. In nearfields, this driver is usually absent and its role split between the woofer and tweeter.

The tweeter is designed to reproduce the high end of the sonic spectrum. It got its name for the same reason as its big brother. It’s an imitation of the sound of a high-pitched tweeting of birds.

A tweeter is also relative and has no fixed size; it may be larger in nearfields because it has to reproduce some of the midrange as well. In main monitors, the tweeter can be smaller since it handles a narrower spectrum, and there may be more than one. 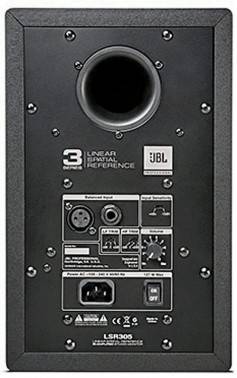 Power amps make everything go on their “excursion,” the technical term for how far from its resting point a speaker will travel back and forth. In this analogy, the power amp is like the car and the speaker is like the driver.

In the past, this was always a standalone piece of gear, usually stored well away from the speaker because of its heat generation, and connected by heavy duty copper cabling to the speaker terminals. This made the speaker passive, simply sitting there waiting for power to be delivered.

In recent times, the trend has been to create an active monitor, with the power amp(s) inside the enclosure. Advanced technology in amplifier design has made them smaller, lighter, more efficient and highly accurate.

Amplifiers can be fine-tuned to work with exactly the drivers held in the enclosure, and often each driver has its own amp (a technique known as bi-amping or tri-amping). A side benefit is less cabling.

Passive proponents want to use their own favorite amp, while active advocates want a neutral source that is convenient and efficient. There is no wrong choice, only options.

All monitoring systems require an enclosure to hold the speakers; a crossover to split the frequency bands for different speaker types, some combination of subwoofer, woofer, midrange and tweeter and a power amplifier to drive those speakers.

The quality of today’s studio-quality monitors can reproduce the full frequency spectrum and well beyond it. So why do monitors all sound so different? Numerous factors are at play. They include cabinet design, cone and dome material, amplifier and crossover implementation.

Although a piano and violin can play most of the same spectrum, they each have a distinct timbre that relies heavily on how their tone is produced. Monitors are no different in that respect. And that’s a good thing, Vintage King writes, because a pure and perfect representation of every nuance of every musical tone would actually be quite fatiguing to the ear.

Humans tend to like a little bit of harmonic distortion, a little bit of color to their sound experience. It’s like the difference between a bright, full spectrum LED and a warmer incandescent bulb. Which would you rather sit under for eight hours or more?

Listening on the wrong monitors can lead to fatigue over time, so it’s important to audition the choices carefully and with a good variety of material. Give the monitors a fair chance to prove themselves, and don’t just believe the hype – good or bad – about any given monitor, model or manufacturer.

Your ears and brain are the only judges that matter. But even on those you like the best, there is a danger of “mix blindness,” where long stretches of hearing the same thing cause the brain to decide that the sound is good overall, even when it’s not.

It’s important to remember to give yourself a break. Even the best monitors do you no good when your brain is overworked.