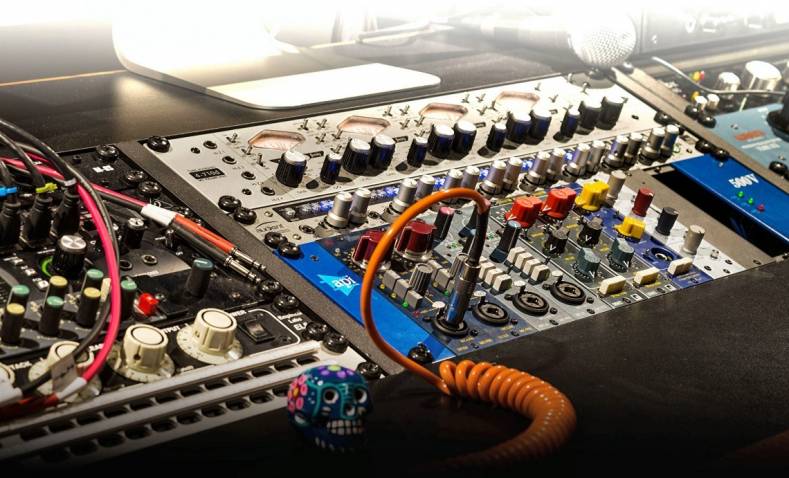 Most of us agree that the fat warmth of analog sound is the Holy Grail of recording in this sterile digital age. That magical sound comes from a combination of the overloaded tube, the coloration of a transformer and the compression of saturated analog tape. The good news is we can now have that coveted sound at affordable prices.

Clearly, it is not practical for anyone other than deep-pocketed purists to capture analog the old fashioned way. Analog recording is fine, but its maintenance costs is now sky high — even if you can find and afford professional quality audio recording tape.

The best way to achieve the analog sound today is be adding carefully selected outboard gear and well-placed analog emulations to a digital workflow. As Sweetwater, the pro audio dealer in Fort Wayne, Indiana, writes, one can now get frighteningly close to the classic analog sound we all imagine in our heads.

Aside from analog tape, Sweetwater said the mojo of many classic recordings comes from the microphones, consoles and analog outboard gear that were used to record them. A $100,000 console is no longer needed to get that sound. What is needed is a high-quality analog front end. 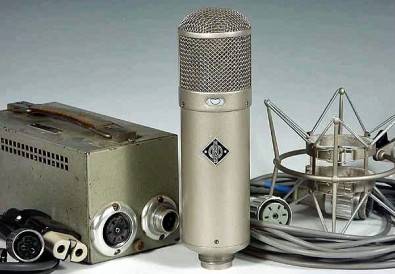 The classic Neumann U47 microphone.

Let’s take them component by component. The first component needed to craft an analog front end is the microphone. A large-diaphragm condenser or ribbon microphone is the centerpiece of nearly every studio. Prices vary widely.

Inexpensive yet impressive offerings like the sE Electronics sE2300, RODE NT1-A, AEA N22 and Royer R-10 to the mid-priced Mojave Audio MA-200 and Telefunken CU-29 Copperhead to high-end mics like a Neumann M 149 and Bock Audio 251.

Next, a channel strip is needed. This is one channel of a console. The Neve 1073-inspired offerings, like the Warm Audio WA73-EQ, Chameleon Labs 7603 and Vintech X73, are excellent ways to inject projects with that classic British-console sound.

The Rupert Neve Designs Shelford Channel is the genuine article, but the cost goes up. The Solid State Logic XLogic Alpha Channel is for those who desire the authentic SSL sound. Whatever console sound one is searching for, there’s likely a channel strip available to duplicate the real thing. Buying a handful of channel strips is much less expensive than buying an entire console. 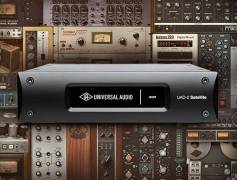 And then there are digital emulations, or plugins. A few years ago if you wanted a high-quality analog front end, digital emulation was out. It just wasn’t good enough. But things have changed. Today’s cutting-edge technology, such as the Unison preamps on Universal Audio’s Apollo X interfaces, goes way beyond traditional software modeling and emulations.

UA’s impressive technology actually adjusts the preamp circuit, impedance and analog gain structure to replicate the sound of a whole group of analog consoles. Users can also add spot-on emulations of an endless selection of EQs and compressors to the virtual front end.

Digital modeling has transformed microphones as well. For a lot less money than buying vintage microphones, microphone modeling has come of age. The Slate Digital VMS Virtual Microphone System combines an extremely transparent microphone with modeling software that supplies anyone with a realistic emulation of a world-class mic locker and preamp collection.

The Townsend Labs Sphere L22 is a modeling system that not only emulates a variety of microphones, but it also enables producers to change the mic selections and polar patterns after a recording is finished.

Sweetwater notes there is something magical about what analog parts like transistors, photocells, capacitors and transformers do to audio. These parts are fundamental ingredients in most classic recordings. That’s why even adding a few pieces of key analog outboard gear can add loads of personality to the mixes.

Compression is one of a mix engineer’s most-used tools. There are a lot of models to choose from, but a few classics are studio staples. The Universal Audio LA-2A electro-optical compressor, and its value-priced descendants such as the Warm Audio WA-2A and Klark Teknik KT-2A, are an engineer’s secret weapon for virtually everything.

Another tried-and-true studio essential is the Empirical Labs EL8 Distressor. It can subtly color a track with harmonic distortion, gently massage a vocal with opto-esque dynamic processing or nuke a drum room with brutal brickwall limiting.

Another studio standard is the Pultec EQP-1A tube equalizer. If any piece of gear can be considered magic, it’s the Pultec. Users can run a signal through it with all the controls set to zero, and still experience sonic bliss. And when its controls are adjusted, its EQ curves have a dramatic effect.

This legendary equalizer has inspired many clones — some acclaimed in their own right — such as the Tube-Tech PE 1C, Manley Enhanced Pultec EQ, WesAudio LC-EQP and Retro Instruments 2A3. For the budget-minded, there are the Warm Audio EQP-WA and Klark Teknik EQP-KT.

One of the best places to put outboard gear is on the mix bus. Even when relying exclusively on plug-ins, passing the entire mix through high-quality analog gear can really give it a classic studio sheen. Mixes can be enhanced and polished by them running through a compressor such as the Solid State Logic Fusion.

Doing so really glues the mix together. The TK Audio BC1-S is a great, less-expensive way to achieve the “glue.” The Rupert Neve Designs Portico II MBP and the lower-cost Heritage Audio Successor provide a classic, British-sounding bus compression. The Manley Variable Mu is a mainstay in ultra high-end studios — combining it with a Manley Massive Passive EQ is pure mix bus ecstasy.

One of the downsides of analog gear is that it’s expensive. For more budget-minded engineers, analog-modeled plug-ins are just fine. These plug-ins get users in the same sonic ballpark as their hardware equivalents for a lot less money.

The Slate Digital VMR 2.0 Bundle offers access to nearly every classic piece of hardware in an easy-to-use channel strip format. 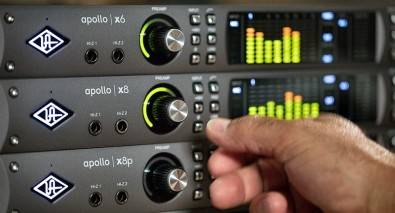 The king of analog-modeled plug-ins, however, is Universal Audio. Their UAD-2 platform provides DSP-accelerated analog modeling that’s astonishingly close to the actual hardware. For under $5,000, users can have around 100 of the best hardware emulations on the market.

While gear is undoubtedly important to achieving an analog sound, the way one works can have an equally important impact. When making classic albums in the pre-DAW era, artists were forced to make decisions early in the recording process.

Engineers had to plan for track limits — they didn’t have unlimited tracks at their disposal. Microphone placement was critical. And there was no “undo” function — it was like working in destructive editing mode at all times. Decisiveness and compromise were an ongoing reality.

So what can we learn from this? Set limits for yourself. Make decisions early in the recording process and commit to them. Never tell yourself, “I’ll fix it later.”

An analog tape machine, a $100,000 console and endless racks of gear are no longer needed to make high-quality analog-sounding recordings. A proper analog front end, a few pieces of hardware and some well-positioned analog-modeled plug-ins can achieve the fat warmth of that coveted sound. 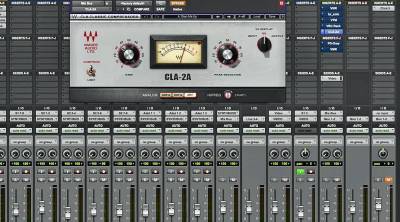 Mix bus processing is using EQ, compressors and limiters on the output bus of an audio mixer. It can be stereo or mono, real or virtual and is used on the entire audio mix. These processors are used to “glue” the… 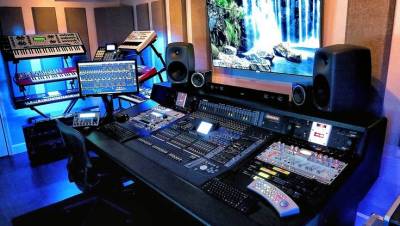 There is no right or wrong way to do audio recording. It is equal parts art and science. One engineer may be very precise in the setup of his gear, while another just goes by feel. Both ways can provide… 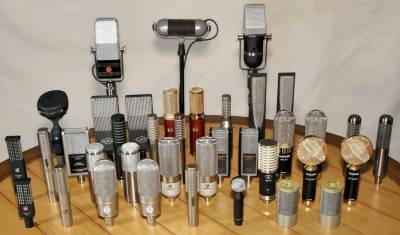 Ribbons were the first great microphones, mainly due to their very musical, natural sound qualities. Invented in the 1920s, their run of popularity lasted until the 1960s when ribbons fell out of favor. That was not because of the microphone…