A major reason sound can be so dangerous is because you can’t see what it’s doing to your ears. How many audio engineers are using hearing protection these days? The answer is not enough. Here’s a guide on how to protect one’s ears while working and avoid hearing loss.

Audient, the high-end audio console maker based in the UK, recently published a white paper on hearing and how to prevent the loss of it. Founded in 1997 by David Dearden and Gareth Davies, the company specializes in building analog consoles.

If you’re an audio engineer, Audient said, it’s likely that you’re attending gigs and working in the studio for long periods of time. These environments are considered extremely loud and people in them should be protecting their ears — which is possible with today’s technology.

Spending a few bucks on a set of ear plugs may save your hearing--and your career.

Earplugs are cheap and easily available and every audio professional should own at least a pair. While high-end, custom molded earplugs are available at top dollar, a $13.95 pair — like the non-custom ETY•Plugs High Fidelity Earplugs — will do the job in most cases. 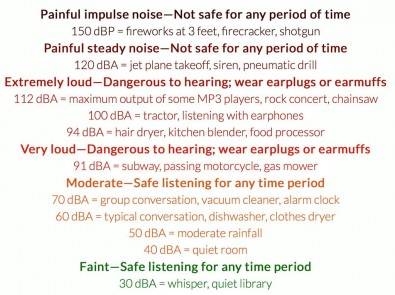 A big complaint for music listeners is that wearing earplugs often “kills the vibe.” Audient said that would be true if the users are wearing -40dB earplugs. The company recommends earplugs for cutting down ambience have 10dB attenuation, for music gigs 10 to 20db attenuation and for drummers 20 to 25dB attenuation.

If the user has the correct level of attenuation, then he or she should feel a lot more comfortable and save the ears from that horrible ringing effect.

When mixing, Audient said, there is actually a “perfect” level, though some don’t believe it. The company said you’ll need to understand that the human ear hears things differently depending how loud the source is. This is best demonstrated by the Fletcher Munson curve. 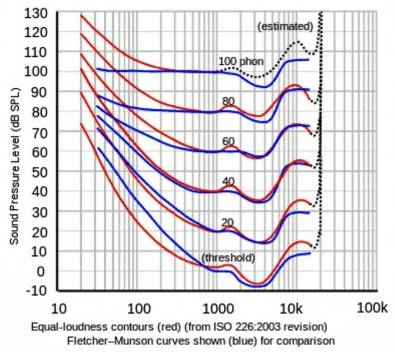 Audient advises working to the strengths of your own ears. Monitor sound at around 80dB -86dB as this is firstly, a safe level (refer to chart above) and secondly, playing advantage to your own ears. Of course, test your mixes loudly and quietly but if they’re sounding good at around 80dB, chances are they’re going to sound right at any other level. 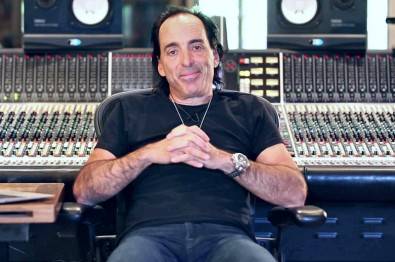 Mix engineer Chris Lord-Alge mixes at low volume levels. “In your studio, always monitor at the same volume — use a dB meter to set it (there are SPL meter apps available for smartphones as well as dedicated SPL meters),” Lord-Alge said. “Find a low volume level that works and that you can listen to for extended periods of time without ear fatigue and alwayswork at that volume.”

Also be careful of ear fatigue creeping in while mixing. It happens when you’re constantly turning up the level of the monitor speakers. This is due to ear fatigue. The danger is, you could be hitting above 112dB+ without even noticing it. Audient recommends for every hour of mixing, take at least a 15-minute break to rest the ears.

Tinnitus is the hearing of sound when no external sound is present. While often described as a ringing, it may also sound like a clicking, hiss or roaring. The sound may be soft or loud, low pitched or high pitched and appear to be coming from one ear or both. Most of the time, it comes on gradually. In some people, the sound causes depression or anxiety and can interfere with concentration. One of the most common causes of Tinnitus is noise-induced hearing loss.

Audient warns that having Tinnitus as a mix engineer is pretty much game over. No audio problems are as great as not able to sleep at night. While there are workarounds to mixing with Tinnitus, the bottom line is that it’s probably best to take every precautionary action you can to avoid suffering from it so you’re able to have a long and prosperous career.

Hearing loss can stop an audience engineers in his tracks. Pay attention to preventing it early in your career. 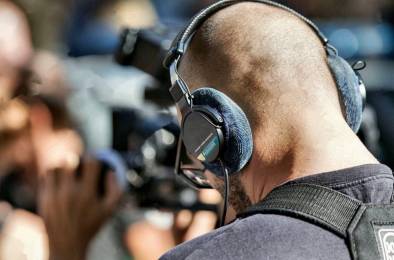 Headphones: The Key to Monitoring Audio for Video

The best video is not watchable by mass audiences unless the sound is equally good. That’s why monitoring sound with good quality headphones is essential. But, why do so many videographers shun headphones in the field? 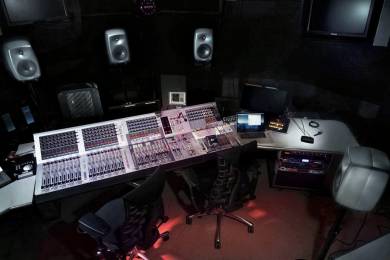 Setting Up New Audio Monitors in a Studio

When setting up new audio monitors in a studio, their placement is an important choice in the successful operation of the monitoring system. Since no two rooms sound the same, here are a few tips to make the installation easier.

How In-Ear Audio Monitors Moved to the Studio

Since the beginning of audio production, engineers have used full-sized headphones and speakers to monitor sound. Then in-ear monitors came along. At first, they were used by musicians on-stage. Now in-ear monitors are so good, many engineers use them for…