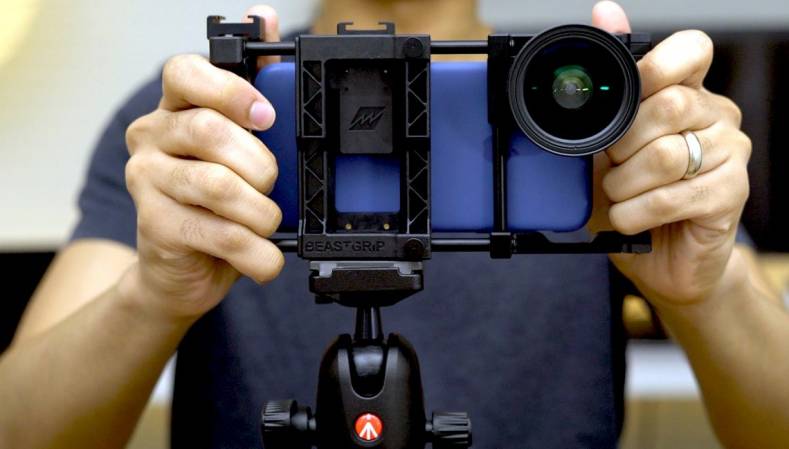 There are hundreds of iPhone accessories to help turn the consumer-focused smartphone into a professional camera and recorder.

Most people think of the iPhone as a replacement for consumer-level video and still cameras, but not for professional quality work. In many cases, they might be wrong. The latest model iPhones have very good cameras and access to a ton of accessories so they can be outfitted for pro quality video production.

Apple’s iPhones have now been used for feature films, television shows, commercials, music videos and about every other professional level program you can think of. The video looks indistinguishable from pro level cameras and most people don't notice the difference.

Today’s top-of-the-line iPhones allow users to shoot in 4K video at 30fps and 1080p at 30 or 60fps. The 12mp camera has slo-mo and time-lapse with optical image stabilization. With software like Filmic Pro, the iPhone becomes a broadcast worthy high-definition video camera with complete control and customization.

Twice chosen video camera app of the year, Filmic Pro beat the $5000 Sony FS100 and tied the $13,000 Canon C300 in blind audience testing at the Zacuto: Revenge of the Great Camera Shoot Out.

Mike Castellucci, a former producer at WFAA-TV, a Tegna Media-owned station on Channel 8 in Dallas, created the first broadcast television show in 2014 shot entirely on an iPhone. It was called, Phoning It In. After the show took off in popularity, Castellucci was appointed a professor at Michigan State University, where he is teaching the next generation of visual storytellers. 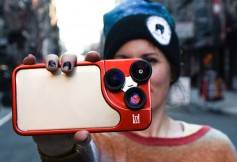 While many accessories allow professional level production on the iPhone, Castellucci said most broadcasters still don’t don’t do it because they don’t have the storytelling skills to do it well. “It doesn’t matter what device you use to tell a story, as long as you do it in an emotional and engaging way,” he said.

For production, Castellucci uses a three lens turret with a wide angle, a fisheye and a telephoto lens by Izzi Gadgets ($130), a RetiCAM iPhone holder ($25) for his tripod and a BeastGrip Pro mount ($248), which holds a Rode microphone and wireless receiver. 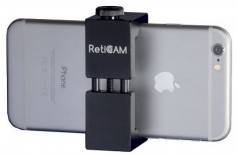 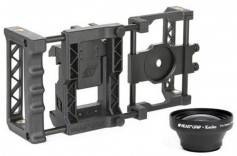 He offers some basic tips on using an iPhone for broadcast production. Keep the iPhone steady, use a tripod whenever possible, make sure you have good audio and shoot and move frequently. He shot in short segments, all under two minutes each. Editing was done on a laptop with Apple’s Final Cut Pro.

“The quality is great,” Castellucci said. “When I did my first story and sent it to our editor, he had no idea we had used an iPhone to shoot the original footage. He thought we had used a full size ENG camera. That was telling in itself.” 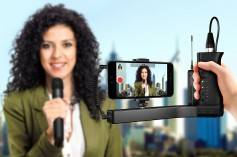 Accessories for the iPhone have spawned an entire industry in itself. There are thousands of them, from brand name to no name companies. IK Multimedia has introduced the iKlip A/V ($179.99), an iPhone mounting system that allows hooking up a professional wireless microphone to the iPhone.

As for lenses, just as with all photography, there is a huge range and prices. Stick with the name brands for the best quality or take a risk with cheap Chinese-made lenses on Amazon. You never know when you will strike gold with an inexpensive lens. 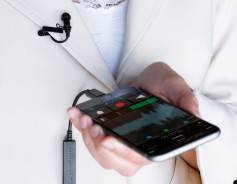 As for audio, most major manufacturers are now making iPhone audio gear. Shure’s MV88 ($149) is a small stereo mic that plugs into the phone’s Lightening connector and improves ambient sound dramatically. Sennheiser/Apogee makes the MKE 2 Digital Microphone ($499) that records directly with 96kHz/24 bit signal conversion. It’s ideal for interviews or as a substitute wireless mic. Many manufacturers make a variety of mics for the iPhone, including Samson, who has announced a Go Mic wireless microphone that mounts directly on the phone.

As for tripods, small is good because of the light weight of the iPhone. But remember the accessories, which also count with the weight. As with any camera, match the right tripod and head for maximum smoothness and stability. A three-axis iStabilizer Gimbal ($282) makes for nice shoots, as does the less expensive Steadicam Smoothee ($90). Both allow for seamless pan and tilt actions. 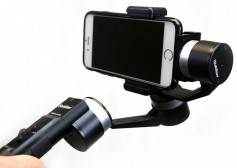 Finally, it seems that LED lighting and iPhones were made for each other, since each keep getting smaller. With miniature Lume Cube lights ($80 each), users can create a mood, accentuate certain details or to make things less or more dramatic. Today, with iPhones and Bluetooth, the light not only illuminates the scene, but the phone helps control the lights themselves. There are literally hundreds of small LED lights for iPhones. 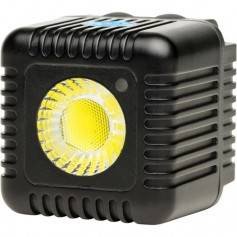 Apple’s iPhone has created a major industry of accessories for professionals as well as budding filmmakers wanting to use the device for high quality work. This open and constantly churning market has opened huge opportunities for the further democratization of the video industry. It’s an exciting time for video and a period open to real opportunity. 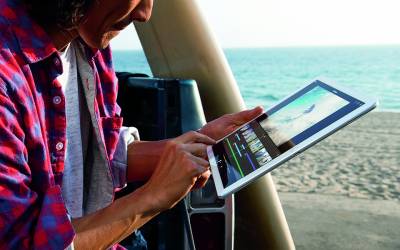 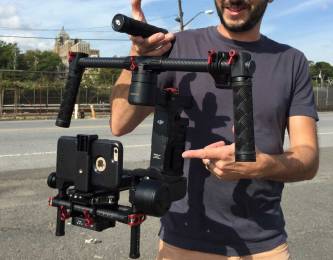 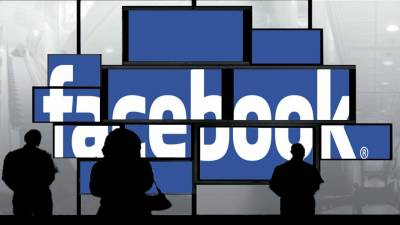 The Dumbing Down Of Production Values 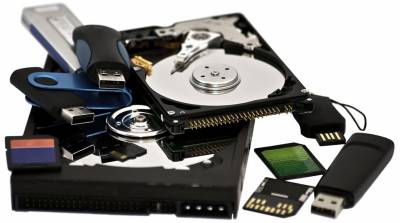