Zimmerman, who operates LC Technology International, has been in the data recovery business for more than 18 years. His company salvages data from corrupted media and writes recovery software (SanDisk’s RescuePro is one of them) for major flash media manufacturers.

LC Technology, founded in 1997 and headquartered in Clearwater, Florida, focuses on data recovery, file system utilities and data security technology.They have an office in the United Kingdom and are opening one in April in Japan. LC’s clients range from individual videographers to government agencies. 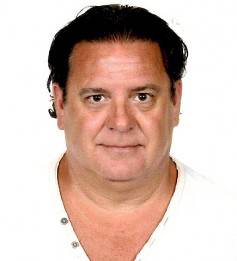 In an interview with The Broadcast Bridge’s Frank Beacham, Zimmerman discussed the latest issues with flash media for video, based on problems that come to his company.

The Broadcast Bridge: Though flash media has looked the same on the outside for years, the capacity of cards keeps growing. What current issues with storage media are you finding as they relate to videographers?

David Zimmerman: Things are changing with flash cards. You have cameras with higher and higher resolution generating bigger and bigger files. A lot of times someone will be shooting out in the field and either the battery goes dead before they finish saving the file or they eject the card before it is finished writing the data. Video people need to remember that once you hit that stop button on the camera, the recording process is not over. The data is still being written to the card.

Not all flash storage is created equal. Be wary of cheap cards, as they may be counterfeit and even not of the size listed. Also, buying flash storage for professional applications from some internet sources comes with inherent risk.

Also, sometimes shooters try to put too much data on a card. With still photography, the camera calculates each time you take a picture. It knows how much room is left on the card. But with streaming data, like video, the user has to estimate it. A lot of times you are not writing directly to the card. The data is being cached up in the camera and is being written to the card as fast as it can. This process can cause problems. It comes down to the cards you are using — the quality and speed and other variables.

The Broadcast Bridge: What can a videographer do about this issue?

David Zimmerman: Knowing your camera is important. Understanding the camera’s capacity and gauging when to hit the stop button. Learning when to take the card out and put another one in. The camera operator has to be aware when the card is nearly full. It’s a matter of mainly paying attention to what you are doing and not being careless.

The biggest issue is the data is still writing to the card and the card hasn’t finished finalizing the data. The card is ejected too soon or the camera is shut down too quickly. It used to not be such a problem with some of the older video formats, but with these high resolution formats you have multiple data streams. You have audio and video that are separate and you have metadata that matches them all up. These are more difficult to recover if there is a problem. It used to be with streaming, if you lost a chunk, it would still play. But with these more complex formats, it can be harder. For example, we do a lot of GoPro recovery. 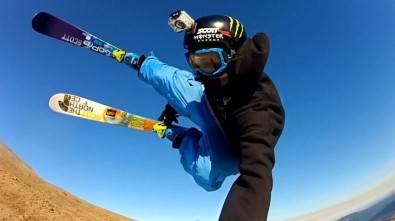 When shooting high resolution video, don't cheap out the storage. It is the least expensive component in your kit. Image: GoPro.

David Zimmerman: Accidents (laughter)! Say you are downhill skiing with a GoPro camera strapped to your head and you fall down and wipe out. Things like that go wrong! Also, drones are durable, but people crash them all the time. And batteries die. When a battery dies, the device runs out of power. When the card is not finished or finalized, the files are usually corrupt. They haven’t been closed properly.

We are just finalizing a software process for GoPro recovery. A lot of GoPro recovery we used to do manually. It’s the same with the drones. We did some important work for GoPro and DJI.

When this happens, we probably have the best record of anyone in recovering the data. As long as the media itself isn’t damaged, we are pretty good at saving it. In fact, we do it almost all of the time.

The Broadcast Bridge: A lot of small cameras, like the GoPro and drone cameras, now use microSD cards. How do these tiny cards hold up?

David Zimmerman: microSD cards are a little less durable than regular SD cards. We are also seeing a lot more CFast cards in some of the new higher end cameras. They do write faster. And we see SxS cards as well. The majority of cards we get in with problems are the microSD cards.

The damage to this microSD card was so severe, recovering the shooter's video may be impossible.

David Zimmerman: I wouldn’t say its a reliability issue with microSD. It’s more user error. A lot of people try to put microSD cards in backwards or they accidentally bend them trying to force them into the slot. Also, we do see issues — depending on the climate — with static electricity. I think those cards are a little more susceptible to electronic damage from static shock than some other cards like regular size SD or CFast media.

The Broadcast Bridge: What does static electricity do to a microSD card?

David Zimmerman: (Major laughter) We have an X-Ray machine to look at these cards. You’d be amazed at the number of little tiny wires that are interleaved into microSD cards. They are more intricate in the circuitry (than other cards). Static can deliver enough voltage — not with the amperage — to cause enough minor damage to cause the card not to be readable anymore.

Data from a microSD card being recovered.

The Broadcast Bridge: What can a videographer do to prevent static electricity damage?

David Zimmerman: In the field, dry climates are susceptible to static. I’m originally from Canada and up there it gets cold and we have electric heat. We always had that static problem. The answer is discharge. Touch grounded metal before handling the card and make sure you don’t have your furry wool mittens on. Sadly, though, nothing always works. There are no sure things. Sometimes it just happens and you don’t know why.

Also, humidity can also damage a card. Moisture — especially hot to cold condensation. Here in Florida, we are close to the water, over time salt air can affect the cards as well. When you go from hot to cold and cold to hot, sometimes things condensate and that includes memory cards.

I store my cards in the plastic cases. I have a couple of rubber ones for CFast media. Obviously, don’t put the flash media in your pants pocket.

The Broadcast Bridge: Are name brand cards better than off brand ones?

David Zimmerman: Good question. The big brand names definitely offer better warranties. You can go online and buy all kinds of things. You can buy no-name brands all the way up to top brands like SanDisk and Lexar. But if you have a problem with the no-name card, don’t bother to try to take it back to the company. And good luck trying to get a replacement. If you buy a SanDisk card at Best Buy and have a problem, they will give you a new one. We are still also seeing counterfeit cards. It’s hard to tell the difference until you take them apart. Sometimes on the outside it will say 128GB, but on the inside its only 32GB. Typically, when you buy online, this kind of stuff happens. So, if you are a professional and depend on memory, don’t gamble with flash media. 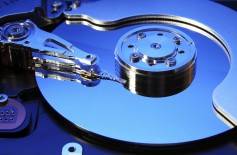 The Broadcast Bridge: What about hard drives? How do they hold up these days?

David Zimmerman: Hard drives have been around a long time. They are pretty reliable. Most of the issues we see with them is someone accidentally knocking an external drive off the table onto the floor. Also, depending on where you live, if you are not using a UPS, power surges can cause issues with hard drives.

We recommend not only storing your content locally on a hard drive, but to back it up to the cloud as well. Though I recommend cloud backup, you should not rely on it 100 percent. Typically the people providing that cloud service are not really liable for your data. You need multiple backups. You need to be redundant with everything you do.

The Broadcast Bridge: What is the most reliable media in use today? 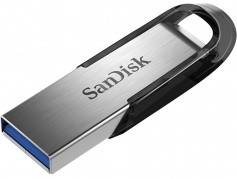 David Zimmerman: I depend on USB flash drive sticks. Plug it in, back it up and store it somewhere. It doesn’t need power going to it all the time. It will not be hurt if it falls on the floor. It’s portable and won’t break. The capacity is getting bigger and bigger as the prices go down. Retention is excellent as well. I can take them anywhere and have two or three of them in my briefcase right now.

The Broadcast Bridge: Finally, is there any advice you would give videographers who depend on this media for their livelihood?

David Zimmerman: If you have a problem in the field, pull out the card immediately and get another one. Don’t short yourself. Keep spare cards and don’t worry about them while working on a job. Just replace it.

For professionals using cards regularly, remember they have a life expectancy. There is a finite number of how many times you can write to a card. It depends on the number of layers on the chip itself. The card burns down one layer each time it is used. Turn over your cards at least once a year or more frequently. If video is your business, don’t skimp on memory cards. Some people include new ones in the cost of doing each new job. Pros understand this. Most of our issues are with amateurs who don’t.

The bottom line is we can rescue most files if the media does not have physical damage. But if a dog chewed on it or the chip is cracked, you are out of luck with that. Essentially, you are screwed if that happens. 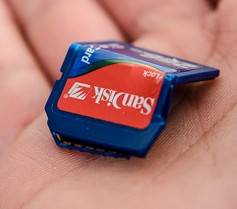