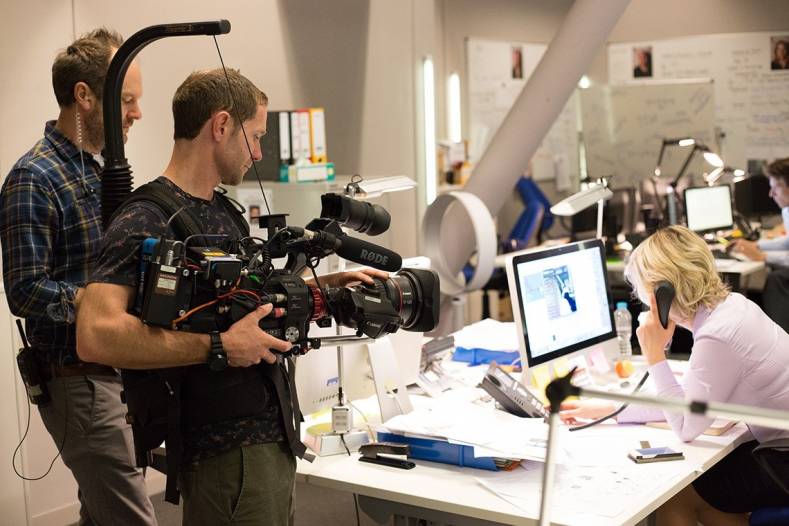 Canon's 4K zoom was used for internal shots on Hunted.

The hit series Hunted sees a number of everyday people going on the run from agents who are tracking them down using replicated governmental resources. The series producers, Shine TV, needed to implement an acquisition workflow that would be light, covert and easy to both use and manoeuvre. Shine TV wanted Hunted to look as cinematic as possible. The initial point of reference for the series was the Bourne Identity. DP Dan Etheridge chose the Canon XC10 and LEGRIA mini X for location self-shooting, cutting the footage with broadcast cameras used for the interior shots.

Capturing footage of the contestants – dubbed ‘Fugitives’ by the show – as they move from one place to another, all over the UK, was a big ask. For the second series of the program, Shine TV implemented a number of Canon technologies to achieve the look and practical shooting solution needed. This including camcorders and broadcast lenses suggested by UK camera and equipment rental company Shooting Partners. Each of the fugitives – some traveling in couples, some independently – went on the run with their own embedded self-shooting director, all of which used Canon XC10s. They were each also given a small Canon LEGRIA mini X for self-shooting when the integrated crew wasn’t available. Recording the hunters looking for the fugitives in their HQ in London required more of a traditional acquisition setup with larger broadcast cameras coupled with Canon CN7x17 KAS S broadcast lenses. The latter are 4K lenses designed specifically for handheld production. 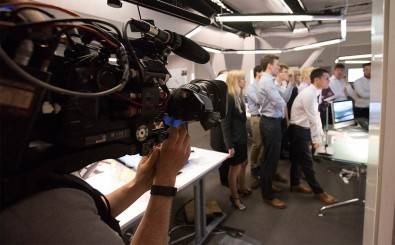 In the field and on the run

The Canon XC10 is a hybrid video and digital stills camera that can be used to shoot full HD or 4K content. The camera offers a versatility that makes it the ideal unit for a small, single-camera production that requires an easy to use, run and gun setup like Hunted.

Designed to be small and lightweight while maintaining an overall high picture-quality, it was the perfect to be usedon Hunted. Shaun Wilton, director of Shooting Partners said “the camera’s fixed lens was ideal for Hunted’s production. Having to carry multiple lenses – let alone stopping to change them – while someone’s physically chasing them was the last thing fugitives and their directors needed.” The XC10 also boasts a good balance between the cinematic look of Canon’s EOS Cine cameras and the portability and usability of its XF camcorder range. 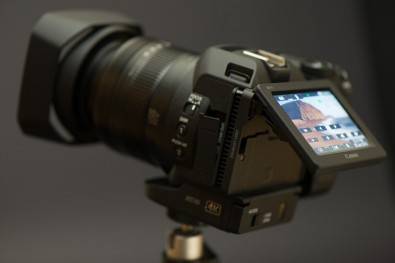 For the fugitives’ self-shot content, the Canon LEGRIA mini X was the right choice. The camcorder is designed for vloggers and self-shooters to set up a small full-HD camera and easily frame themselves using an ultra-wide angle lens, built-in stand and variable angle LCD screen.

“Before they went on the run, we gave the fugitives training on how to shoot when they’re in the field from both a technical and creative point of view,” said Wilton. The camera’s touch screen lets users quickly switch between ultra-wide and close up modes and features an in-built image stabiliser. “The LEGRIA mini X’s menu was simple for them to navigate and made the training very straight-forward. It didn’t take long for them to be able to identify and adjust any of the camera’s settings,” Wilton added. The LEGRIA mini X is small enough to be put in a pocket or a small compartment in a backpack so the fugitives could take it wherever they were going. Capturing the hunters in HQ

The hunters were based in London throughout the show and were using the latest technology and replicated governmental resources to find the fugitives on the run. Here, Shooting Partners supplied Canon CN7x17 KAS S glass on request from DP Dan Etheridge.

The CN7x17 KAS S is a 4K lens with a local length of 17-120mm designed for use with Super 35mm sensors. The lens can be used across both cinema and broadcast and its detachable servo drive unit means it can be used with standard lens controllers or manually. The CN7x17 has an 11-blade iris which delivers a pleasing bokeh for both documentary and cine-style shoots.

Implementing the Canon CN7x17 into the hunter’s HQ workflow gave Etheridge and Shine TV the cinematic look it required in the fast-paced documentary environment. It was able to give the ability to zoom without any loss of image quality using its external servo control while its compact and lightweight build made it easy to operate when attached to a camera mounted on a rig.

The acquisition workflow had to be very specific for Hunted. Shine TV and Shooting Partners relied on Canon equipment to meet the challenge of implementing the camera kit and developing shooting solutions for one of the most complex and demanding productions on television today. 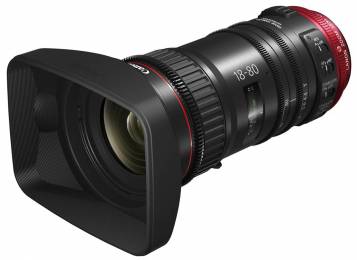 The Canon XC10 is one of a number of cameras that don’t fit the conventional shoulder-mount design. It’s a hybrid that can shoot video, 4K or HD, and stills. The compact body has an integral 10× zoom and includes …