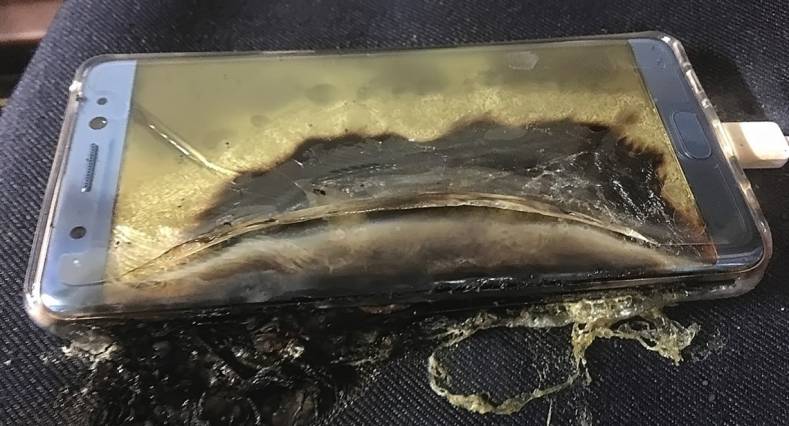 The fires started by lithium batteries in Samsung mobile phones have been making the news lately, causing the company to pull the entire line of its Note 7 phones off the market. Does this mean that all lithium batteries, including the kind used by video crews, are susceptible to the same fate?

The fact is any lithium battery can catch fire. Most battery fires are caused by a short circuit between the positive and negative electrodes. When that happens, energy is allowed to flow through the cell un-resisted. This results in a build-up of heat, which can lead to a fire or explosion.

In a typical lithium battery, the positive and negative electrodes are immersed in an electrolyte conductive fluid that are separated by a porous barrier called a separator. If the separator is flawed or damaged, it can allow electrons to travel between the two electrodes to create a short. That’s when trouble begins.

Because most batteries contain multiple cells, this breakdown can lead to overheating of its neighboring cells, magnifying the problems. Physical damage to the battery, however minor, can also damage the separator or the individual chambers, freeing electrons to flow randomly within the cells creating a short. Even a tiny hole can have catastrophic consequences.

The difference in camera batteries and those used in smartphones is the amount of energy compacted into a small space. Phones like the Samsung Note 7 use a battery rated at 13.48 watt hours. That battery is designed to be as thin and light as possible, meaning it must pack high energy into a very tight space. It was also installed inside the phone and was not designed to be removed, meaning it had a less protective exterior. 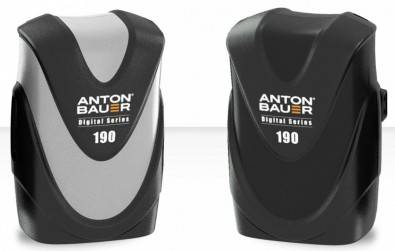 Video batteries, on the other hand, are physically much larger and use that space to build in safety features. Anton/Bauer’s NP-F774 lithium battery for cameras is rated at 30 watt hours and the company’s Digital G90 battery is rated at 93 watt hours. Yet, the batteries contain thermal sensors that continually monitor the battery, and if a rise in temperature is detected, a switch is opened to prevent further charge or discharge. If any increase in current is detected, the battery switches off.

Camera batteries can pose a risk as they contain much more power than the typical cell phone battery meaning they can still be the cause of a fire if they aren’t treated correctly. Airlines allow lithium-ion batteries to be transported in carry-on luggage subject, but only with restrictions. The official FAA "Pack Safe" regulations can be found here. The Department of Transportation battery guidelines, "Traveling with Lithium Batteries" can be found at this link.

The purchase of a video camera battery should begin with identifying reputable vendors. Most of these companies over-build their batteries with safety in mind and will be around to help if you need it.

Anton/Bauer, for example, uses a "double skinned" architecture where the cells are individually contained in an impact-resistant and flame-retardant plastic honeycomb, with a 2mm air gap between them, ensuring no cells touch and air can circulate to keep the pack cool.

This entire cell pack is "suspended" within an impact resistant outer case, with a 5mm air gap around the cells. This provides a "crumple" zone to prevent crushing and accidental penetration of the battery cells by a sharp object. 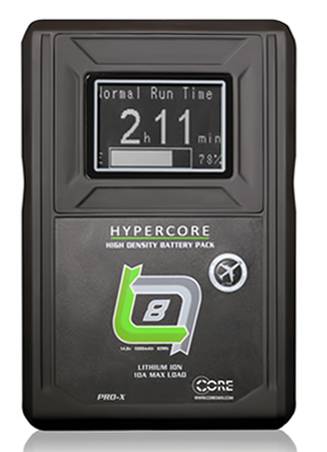 Cells for Core SWX’s Hypercore HC8 batteries are encased in an over-molded, rubberized housing, providing additional protection against accidental impacts that may occur, making them save to use even when flying drones.

The batteries are outfitted with an accelerometer to detect motion. This causes the battery packs to hibernate when there is no usage or movement after a 48-hour period. Once the battery is back in use or detects the slightest movement, it awakens at its maximum capacity.

IDX, working with its partner, Sanyo, has designed smaller video batteries, reducing component count and improving reliability. IDX’s DUO compact batteries are designed to meet stringent Japanese Product Safety of Electrical (PSE) safety regulations. These regulations demand that individual lithium ion cells are isolated from each other within the battery in a honeycomb like structure.

Here are some common sense precautions that should be taken by video crews using lithium ion cells.

Spare batteries should be packed in carry-on baggage and prepared for travel according to the specifications of the manufacturer.

Battery terminals should be isolated from contact with other batteries and metal objects. Some airlines recommend taping over battery contacts during travel to prevent accidents. Best yet, each battery should reside in its own protective case on the plane.

When working or traveling, all lithium batteries should be treated carefully. Try to prevent the battery from being crushed or punctured in the field. If this happens, take the battery out of service immediately and don’t travel with it.

Professional lithium-ion video batteries for video production are a different animal from the kind that caught fire in the Samsung phone. All it takes is knowledge and minimum care and they should function flawlessly over their life. When it comes to batteries, cheap may not be a wise decision.