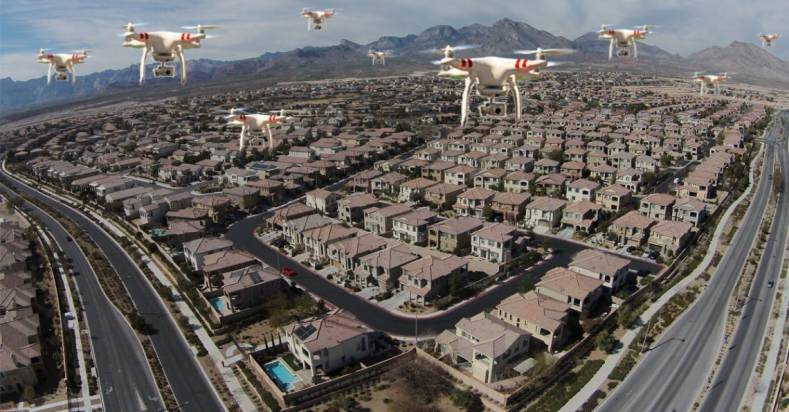 The drones are coming. Image: Cisco

Since last February, the commercial drone community has been in an uproar regarding the FAA’s proposed heavy-handed flying rules regarding unmanned aircraft, UAVs or drones. As a step back, the FAA formed a committee to look at alternative restrictions for smaller drones, Could a much softer approach be coming?

Under the initial rules proposed by the FAA’s February NPRM, the classification of Micro UAVs would be applied to drones weighing less than just over 4-lbs and that were constructed of softer that would break, bend or “yield on impact so as to present a minimal hazard to any person or object.”

That limitation did not satisfy the drone community. The Micro UAS ARC was formed as a result of pushback from drone manufacturers and commercial users. The goal was to better balance safety and privacy concerns with wider drone use.

In response the FAA chartered the Micro UAS Aviation Rulemaking Committee (ARC) to continue the review process and prepare recommendations to the FAA for future rulemakings. Those recommendations were due to the FAA on April. According to AP, that report was filled last Friday, April 1st.

The original charter to the ARC was to consider adding “performance based standards” that would allow for micro UAS to be operated over people” or “under a covered structure.” Read into that phrase commercial applications. For broadcasters that would be the ability of news crews to capture live video with spectators involved.

The members, formally announced days after the formation of the ARC, included GoogleX, Intel, GoPro and other industry stalwarts. Earl Lawrence, Director of UAS Integration Office at FAA, and Nancy Egan, General Counsel at 3D Robotics, will co-chair the committee.

The ARC report calls for the creation of four categories of small drones that commercial operators can fly over people and crowds.

The first category includes drones weighing less than 8-oz. These small aircraft could fly unrestricted over people, including crowds. Drone makers would have to certify that if the drone hit someone, there would be no more than a 1 percent chance that the maximum force of the impact would cause a serious injury.

For the three other categories, the drones would have to fly at least 20 feet over the heads of people and keep a distance of at least 10 feet laterally from someone. 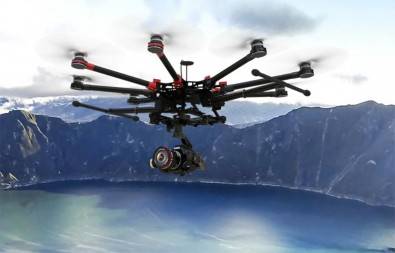 Drones are well-equiped to record video of locations difficult or dangerous to access.

The second category of drones includes quadcopters, or drones with multiple arms and propellers, and weighing from 4 pounds to 5 pounds . There is there is no weight limit for this class of UAVs. Flights over people, including crowds, would depend on the design and operating instructions. Manufacturers would have to demonstrate through testing that the chance of a serious injury was 1 percent or less.

Drones in the third category could not fly over crowds or densely populated areas. These drones would be used for work in closed or restricted sites where the people that the drones fly over have permission from the drone operator to be present. An example might be a tower maintenance company recording video in a tower inspection. Or a gutter or roof repair company examining a home.

The people involved would be minor to the drone operations and flights over them would be brief, rather than sustained. One might assume that home owners inside the house wold be exempt from such rules, but it remains unclear.

Drone makers would have to demonstrate there was a 30 percent chance or less that a person would be seriously injured if struck by the drone at the maximum strength impact possible.

The fourth category of drones could have sustained flights over crowds. Working with the FAA and engaging the local community, the operator would have to develop a "congested area plan" showing how flight risks would be mitigated. As before, the risk of serious injury would have to be 30 percent or less. Safety tests would be more exacting and the FAA would set a limit on how strong the drone's maximum impact could be.

The report comes one day after a split in the Small UAV Coalition, which had contained most of the major drone manufactures and tech companies involved in drones.

While still tightly aligned with the coalition on big issues, the break-away companies plan to create a still-unnamed group to focus on consumer issues, said GoPro spokesman Jeff Brown.

The divergence represents a split between the drone tasks individual companies want to focus on. Some want to focus on doing beyond line of sight work, said Colin Snow, a drone analyst with Skylogic Research.

Google, Amazon, Intel and other major companies remain in the coalition. Their focus has been on delivery and long-range flights used for inspection-type applications. That's a much longer road, as there's no federal regulation covering such drone uses today, Snow said.

Semi-professional drones range in price from about $1,000 to as much as you want to spend. This $1K DJI drone is available from many video box houses and can be equipped with Go-Pro-sized cameras.

Now we get to the gratuitous use of drone video links. Here are three links that show drones in use or provide additional, more in depth information.

Demand for drones is increasing world-wide, but the United States is considering strict rules on their usage. Commercial use is already largely banned, with only a small number of companies permitted to use them for inspections and aerial photography. Source, AP. 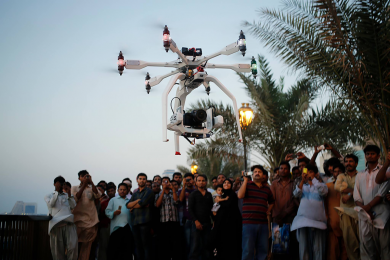 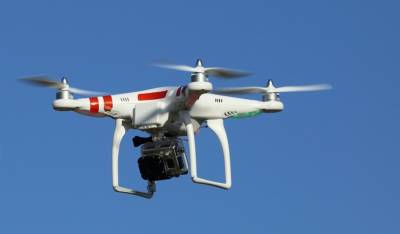