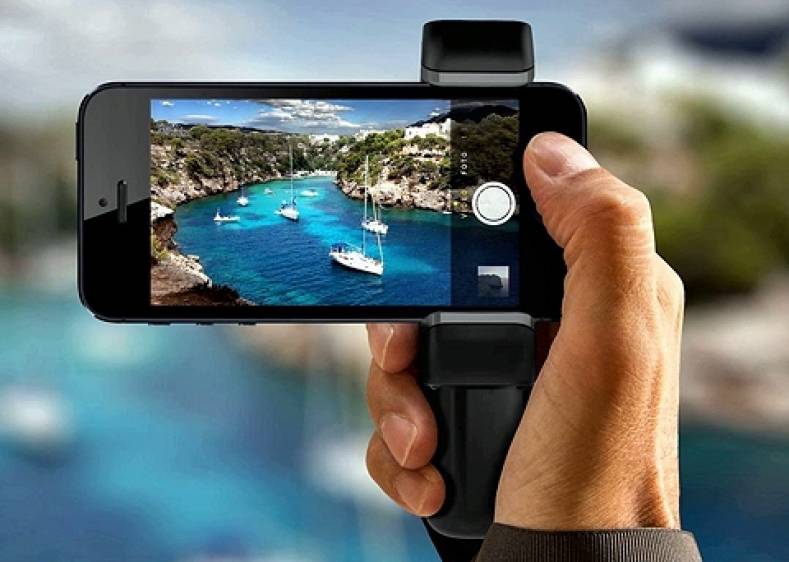 As video merges with still photography creating a new category of non-professional “digital journalists” at news outlets throughout the world, a good question to ask ourselves is what is lost with this trend. The American Press Institute has some answers in a new study.

I learned an important lesson about merging still photography and video more than 35 years ago. Back in 1983, I had one of the very few Betacams in the United States. At that time, few had been sold. This meant when people wanted the camera, it was very likely I would get a call.

One call came from Rick Smolen and David Cohen, who were preparing to host 50 of the world’s finest still photographers in Hawaii that December to photograph the entire state in a single day. In additional to publishing a coffee-table book —A Day in the Life of Hawaii— they wanted to do a television documentary on the photo shoot.

I was recommended when they called Sony to inquire about who had the new one-piece camera recorders. I was hired for a dream job. I would not only teach some of the world’s best photographers to use the Betacam, I would shoot footage myself for the documentary. 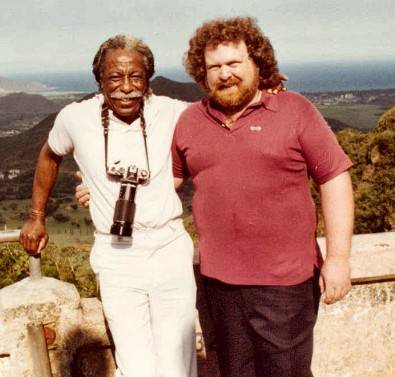 But the deal even got sweeter. I would work with two photographic legends — Gordon Parks, who would direct, and Douglas Kirkland, who would produce the show. Parks was already one of the world’s great photographers and filmmakers and Kirkland had been a staff photographer for both Look and Life magazines and had become famous for his 1961 photos of Marilyn Monroe.

I flew to Hawaii in late November to prepare for the big day, which would be Dec. 2, 1983. I was surprised to learn that the easy part was teaching the still photographers to use the Betacam. 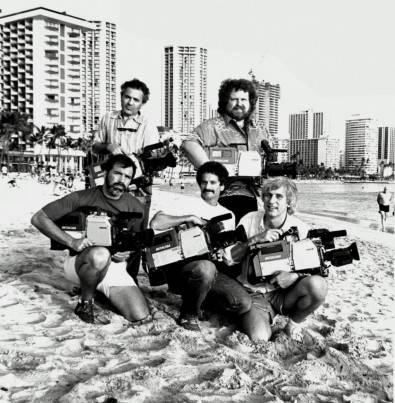 Day in the Life of Hawaii video crew.

Most, in less than one hour, were better than the network-level news videographers that I was already working with at NBC, ABC and CBS. With this group, I learned quickly that a great eye with one camera easily translates to another. This was world class talent — whether shooting video or still photos.

When we fast forward to today, so much has changed in 35 years. The Betacam has given away to the smartphones with excellent cameras and camcorders that can be handled by a single person. This merger of video and still photography has led many news organizations, who want to save money, into creating a new category of “digital journalists,“ who combine the two skills. Since most of these multitasking staff members and freelancers are also reporters, these ”one man bands” can hardly be called professionals at any one skill.

Mortensen and Gade analyzed photos from the Middletown, N.Y., Times Herald-Record. They compared 488 photos placed in the newspaper and credited to professionals to 409 photos appearing from non-professionals.

The Times Herald-Record presents an important case study in this multimedia universe, where nearly everyone uses stills and video. In 2013, the paper laid off its entire photography staff. Although it continued to use professional wire-service photos, the percentage of non-professional photos appearing in the printed version increased from 19 percent to 33 percent in the six months before and after the change.

Mortensen and Gade’s study, published in the Journalism & Mass Communication Quarterly, the main journal of the Association for Education in Journalism and Mass Communication (AEJMC), shows that professional photojournalists matter, even in the age of smartphones. When newsrooms eliminate their photojournalism staff, it seems, they also eliminate a compelling component of news.

When newsrooms combine still photos, video and reporting into a single job for “digital journalists,” they cut down on images that are graphically appealing, emotional and intimate. Few people are talented enough to handle all three tasks.

Jim Domke, professional photojournalist and the inventor of Tiffen’s Domke camera bags, responded to the report. “Reporters can't do both words and pictures. Interviewing while taking notes and you miss the shot. After the interview, having to get a photo means simply a quick simple cliche, missing the moment. News photographers fought to be considered journalists, pulling the viewer into reading the story, but also capturing images that chronicle life,” Domke said.

Though the creation of “digital journalists,” is clearly a money-saving move, it also diminishes the overall quality of news gathering. In this era when both video and stills are used by newspapers, radio, television and websites, the quality of images still matters. Some will learn that and some won’t.