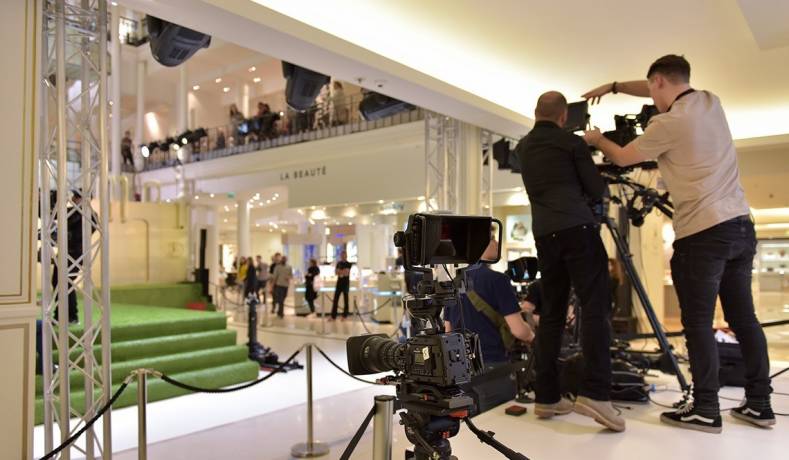 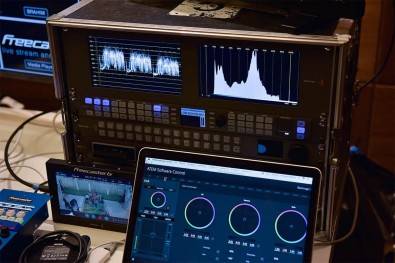 Blackmagic ATEM switcher allowed the team to view all eight cameras simultaneously through the multi-viewer. Click to enlarge.

The cameras were all manually operated, and signals were sent to the production desk over fiber. into the ATEM 4 M/E Production Studio 4K. This allowed the team to view all eight cameras simultaneously through the multi viewer on a large, Ultra HD monitor, ensuring they had all of the content required from the catwalk show for Stromae’s video.

ISO camera feeds were recorded on Blackmagic HyperDeck Studio Pro broadcast decks, to be taken into post for editing into the final music video. “The setup worked really well and the kit definitely delivered on picking up the movements, colors and drama that the creative team had designed for the show,” Raymond concludes. “Given the location of the show and the tight timescales, it was a challenging and high pressure event - but our experience in fashion livestreams, combined with our tried and tested Blackmagic set up meant that we were able to capture some fantastic images and angles to complement the models’ performance.”