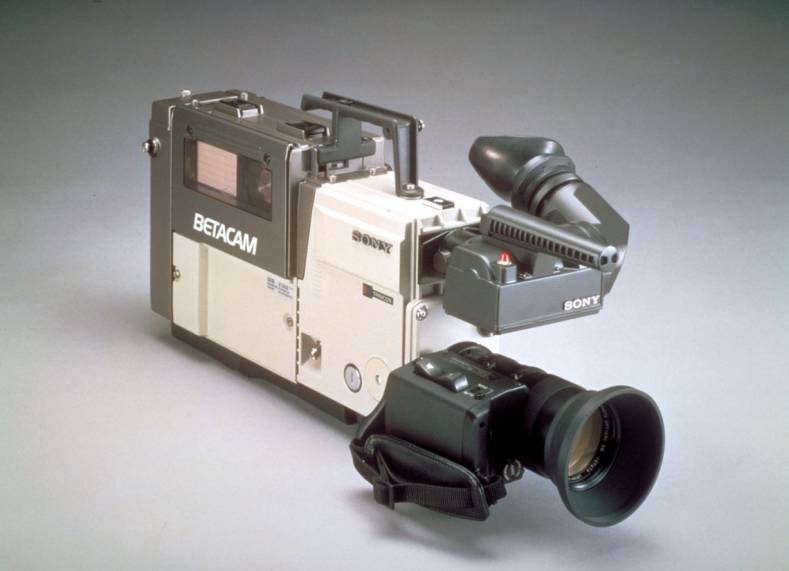 The early ENG camcorder set a precedent for the design of should-mount cameras. A Sony BVW-1 Betacam from 1982.

Recently I was pondering on why cameras come in so many shapes, and what lies behind design decisions. Camera fall into two classes, live, and camera/recorders (camcorders). There was a time when the shape of a camcorder was defined by the recording medium. Cine cameras had two reels on top or to the rear, and video cameras were long to accommodate the tape transport. Now the only constraint is the component holding the sensor or prism block and the lens mount together in a fixed alignment.

The camera has several key components, each of which are arranged around the sensor assembly.

With some cameras the viewfinder is integral, with others it is a separate item, which allows for different configurations. Similarly, the battery may use a proprietary mount, or the camera may use standard batteries like the V-mount. Live broadcast cameras are instead powered down the cable or from an external supply.

The Grass Valley cameras are typical of broadcast system cameras, equally at home with eyepeice finder and field lens or with box lens and larger viewfinder.

These have a lineage going back to the large tube studio cameras and the ENG camcorder. The studio cameras were once huge boxes enveloping the zoom lenses. The camera has gradually got smaller and smaller, with a box lens now dwarfing the camera body, the laws of physics mean the lenses stay the same size.

The two styles of camera have converged, as the electronics as got smaller and the need for a tape transport has gone. A typical system camera is now small enough to carry on the shoulder or hold in the hand with an eyepiece, or alternately with a suitable cage, be mounted on a pedestal with a box lens and large viewfinder.

The ENG camera has also got smaller as electronics have evolved and can now be too small to sit on the shoulder without accessory rigs. The miniaturization of the electronics means that a broadcast-quality camcorder can be designed the same size the old DV cameras and palmcorders. This raises the question, ‘how do you hold it steady?’ The light weight of the smaller cameras doesn’t help either. The shakey-cam look is OK for home movies, but not great for shooting an interview. Image stabilization has come to the rescue. This can be integral to the camera using electronic or optical means, or it can be via the camera support with a Steadycam or gyro stabilizer. 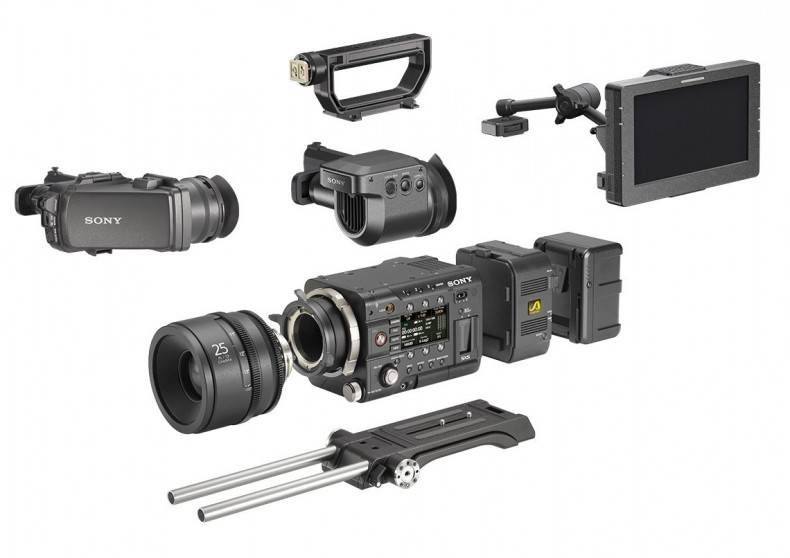 The Sony F55 can be configured to suite the requirements of the operator for a specific shot.

Since camcorders became tapeless, we have seen a new breed of cameras that could be called cubic in shape; typified by the Red, Sony FS7 and F55, and the Canon Cinema series (if a somewhat rounded cube). These can be configured in many ways to suite the need of the shot: handheld, shoulder mount, rigs, or the classic tripod. For the operator, the ability to configure the viewfinder according to the method of operation is a great boon, especially for those used to the limitations of the optical viewfinders on film cameras or the fixed viewfinders of many low cost video cameras.

The Canon ME200 and Blackmagic Micro Cine cameras are typical examples of cube cameras. The small footprint is ideal for use on drones.

The Video DSLR (and MILC)

In contrast, the DSLR has not changed form factor in the move from film to a digital sensor. The classic 35mm SLR comprises, side-by-side, the film canister, the mirror box and the take-up spool. Even the mirrorless interchangeable lens camera (MILC) retain a similar design. What was the take-up spool has become the battery chamber and hand grip, and the film canister space becomes another hand grip. This configuration with the two handgrips is good for using an eye-level viewfinder, the pentaprism or the reflex finder. However, holding the camera at arm’s length to view a rear display is not ideal for a steady hand. The rear displays are becoming more articulated, allowing for selfies, as well as high and low-level shots, but the cameras still pay homage to the old film camera designs.

The end of the DSLR is clearly in site, with the MILC taking over, with electronic viewfinders as standard, however the form factor has changed little.

What is a Stills Camera?

As the design of video cameras has become ever-more flexible, will the still camera with video capability change to something more akin to a true video camera? And that raises the question ‘what is a stills camera?’. I see the separation resting with several factors:

Using a DSLR or MILC to shoot video is a compromise, but a compromise that many a creative filmmaker will take because of the low cost. 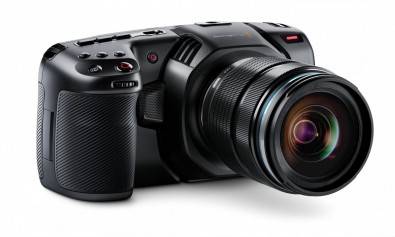 The Blackmagic Pocket Cinema Camera could easily be mistaken for a consumer MILC with it's familiar shape.

Where Are We Going?

The camera is evolving to meet the needs of the operator, now the constraints of reflex mirrors and tape transports have gone. Key now to camera design are the controls and the viewfinder.

Aside from the lens controls, the operator needs ready access to ND filters, shutter speed/angle, ISO/gain. For ENG style shoots, the operator will also need access to audio controls. Also, a display is needed for the set-up menus.

An eyepiece viewfinder can be fixed to the top, rear of the camera in palmcorder style, or be a separate accessory, with more flexible mountings to allow for different shooting styles, with the forward location required for shoulder mounting. The menu display doubles as a viewfinder display on many cameras, but is not ideal in bright sunlight, where the eyepiece has distinct advantages. Broadcast cameras have always used a deep hood to keep out ambient light. 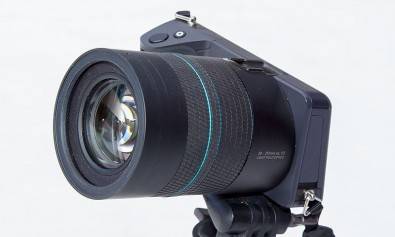 The Lytro lighfield camera was a short-lived example of a new way of imaging. However, it retained a familiar form factor.

The increase in 4K production is placing more demands on the viewfinder if critical focus is to be achieved. Displays are getting better, and tools like viewfinder magnification help beyond conventional peaking, as do focus assist aids coupled to autofocus if the camera supports it. HDR is another issue — the viewfinder is primarily for composition, framing and focussing. 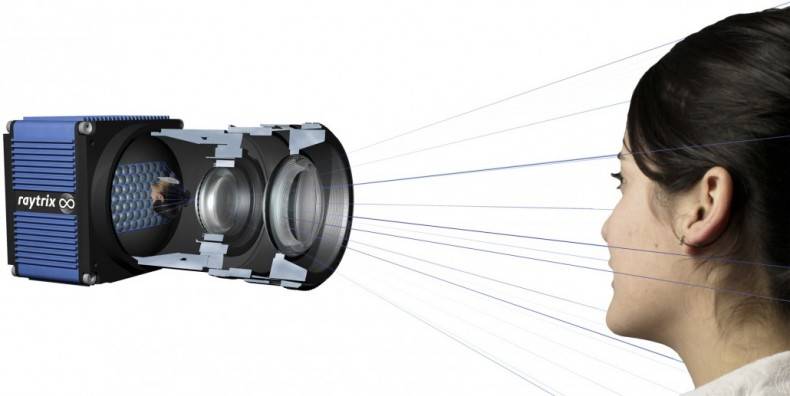 Will there be radical changes to camera designs? Will technologies like light field capture turn everything upside down?

What do you think? Are you a DP or camera operator, and what is your favoured form-factor? How would you like to see cameras developing?