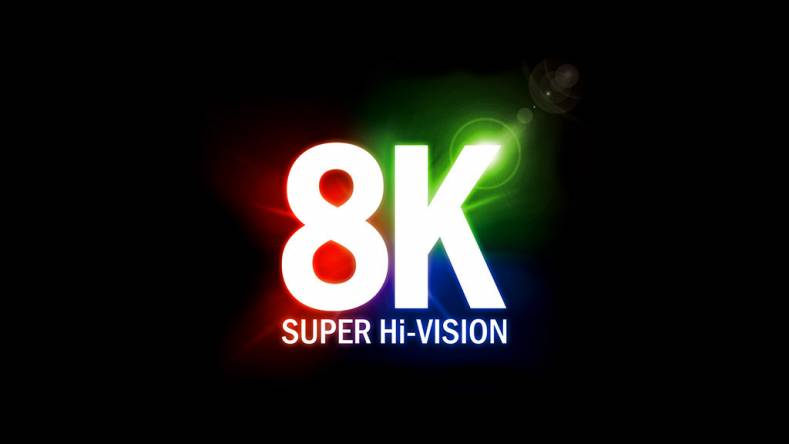 A battle is brewing among some equipment providers focused on, you guessed it, more pixels. And, if history is any predictor, the broadcast and production industries may in fact soon be faced with managing images composed of approximately 33 million pixels. But do we (viewers) really need 8K capture and display? Let's examine the science behind super high resolution imagery.

We’ve all seen them. From the moment HD was announced, charts were created to show how screen-size and seating distance affect the ability—based upon average eye acuity—to see the additional resolution provided by HD. While these charts simply provide technical information, some folks used them to disparage the 1920x1080 format. 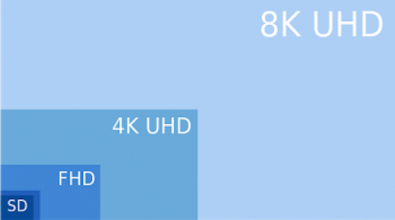 A 8K image contains approximately 33 Megapixels, which can be divided as shown to create lower-resolution versions. Click to enlarge.

From a production viewpoint, with 4K cameras almost the norm, is it too soon to consider 8K? Certainly, 8K in 2018 seems too accelerated. Yet, 5K/6K cameras are already in use. Why?

This is not the case with single-sensor cameras. A Bayer-filtered sensor only captures every-other photosite from a photosite behind a Green filter. Knowing this, it’s obvious why an 8K sensor—with 4096 “Green” photosites—can deliver luminance detail equal to a three-chip camera with 4096x2160 sensors. Today, to increase luma detail, 5K and 6K sensors are employed. Thus, 8K chips seem the logical next step in camera capability.

Now that streaming routinely delivers UHD to the home using H.264 at ~25Mbps and with streaming speeds steadily increasing—I get a reliable 75-90Mbps from Cox—certainly it will be possible to deliver 8K (4X more data) at under 60Mbps by 2020.

Naturally we have an America-centric view of 8K. As shown by Figure 2, China will be the largest market for 8K televisions. The USA will buy only one-third the number of 8K TVs as will China alone. Our professional appraisal of 8K doesn’t much matter in the scheme of things. 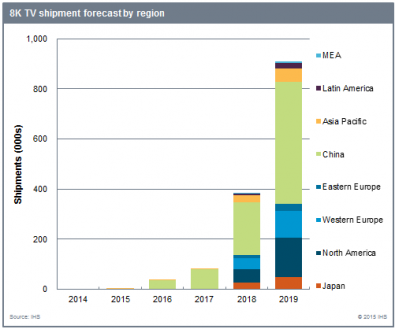 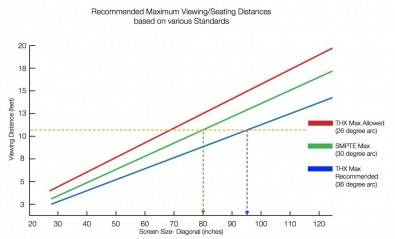 Having lived with an FHD projector projecting a 110-inch image to my 10-foot screen, I know the value of a large screen. At 13-feet from my screen, the 110-inch image created a “movie watching” experience.

Of course, what’s critical is the viewing angle—at a given seating distance. I employed a “THX-MAX Recommended” angle of 36-degrees.

NHK, however, contends, “The sense of presence increases as the viewing angle toward the screen is wider.” They advocate a 100-degree viewing angle—an angle that is almost 3X larger than THX-MAX Recommended angle. And, an angle that could require an extremely large-screen UHD television. (Figure 4.) 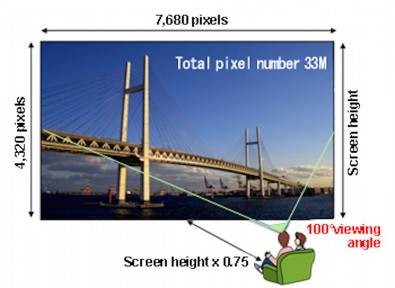 To avoid this expense, NHK recommends sitting very close to the screen. As close as 4- to 5-feet for a 144-inch screen. See Figure 5. 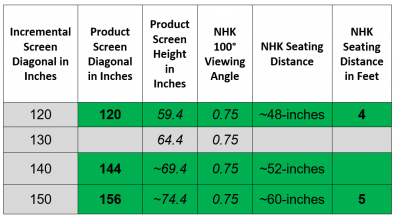 I suspect most people would find such a large viewing angle creates an uncomfortable viewing experience; requires an impractical room arrangement; and may, because of the huge screen, require a 120fps frame-rate.

(NHK research that on very large screens: flicker will be visible at less than 80fps and human vision cannot integrate frames into realistic motion until the frame-rate exceeds 100fps.)

The NHK recommendation does, however, open a way to avoid the purchase of an expensive 4K video projector. (Projectors cost from $10K to $30K.) The recommendation: modify your seating arrangement so the distance to the screen is a few feet less. For example, reduce 13-feet to 11-feet. With values of 11 (feet) and 36 (degrees), screen size can be reduced from 110- to approximately 96-inches.

By making one more compromise—use the SMPTE 30-degree standard—screen-size can be reduced to about 80-inches. LG’s Signature OLED 77-inch Wallpaper 4K UHD television ($15K: available at $10K) would be a non-projector contender. See Figure 6. 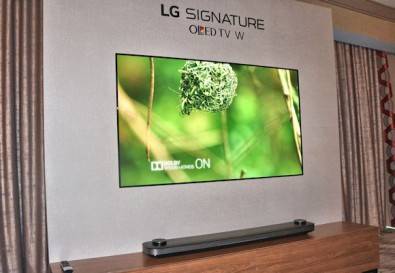 What resolution is required for a screen-size of 80-inches and a viewing distance of 11-feet?

The question of resolution follows you first deciding the desired standard (THX, SMPTE, or NHK) and the distance between you and the screen. These values, in turn, determine the necessary screen-size. Once you have screen-size as well as the viewing distance, a chart like Figure 7, can determine your need for a 4K or 8K television. (Ignore the purple markings.)

Clearly, with a viewing distance of 11-feet and a screen-size of 80-inches there is no need for 8K—maybe.

NHK’s research challenges data presented by Figure 6. Viewers of 4K Super Hi-Vision in NHK tests frequently report strong sensations of depth. An analysis of brain activity measured by fMRI (functional magnetic resonance imaging) showed significant activity in the brain area responsible for monocular depth perception. More relevant to the UHD naysayers, these tests show that higher-resolution images facilitate a sensation of depth even when the resolution difference is not detectable by the viewer.

What’s the Eye got to do with it?

Average human visual acuity is the standard way of determining, at specific viewing distances, whether 4K or 8K image resolution provides a benefit. It ignores Dynamic Visual Acuity (DVA) which is the ability to resolve fine spatial detail in moving objects, such as is found in most television programming.

We further assume our eyes are not moving when we fixate an object (image), when in fact they are in continual small-scale motion, interspersed by miniature saccadic movements. When not fixated, our eyes move in a series of small fast jumps called “saccades” when looking around within a scene. Before a saccade begins, the resolving power of the eye is reduced. However, while low-spatial frequencies are attenuated, higher spatial frequencies (an image's fine details) remain unaffected. Thus, when looking at an image our eyes are capturing fine detail. 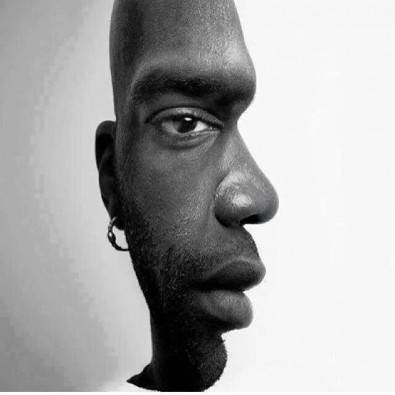 Is this someone staring towards you or facing right? What a person 'sees' is more often what they expect to see. Image: Illusions.org

As far as our eyes acting like a camera—this understanding is also naïve. A frog doesn’t recognize a fly after the nerves carrying the fly’s image transfer the scene to the brain. Rather, the frog’s eye itself performs pattern recognition upon signals from the retina and then sends the brain a “it’s a fly” signal. The eye actively processes information to recognize a fly before the actual visual information reaches the brain.

Our visual system is so complex that it is not surprising information is detected that we not aware of “seeing.” Nor would it be surprising were we to learn individuals have different responses to 4K and 8K resolution. Rather than believing what you read on the Internet negating 8K, you should see for yourself.