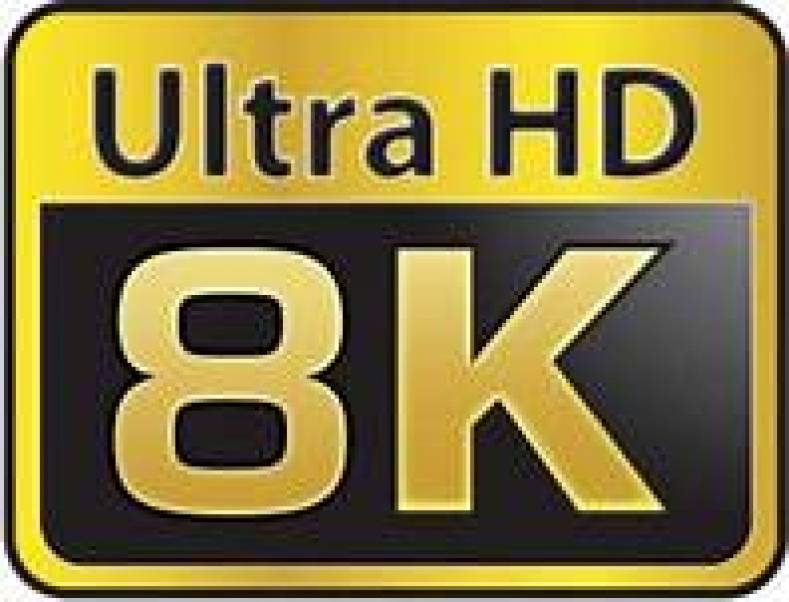 8K consumer displays are appearing but adoption will likely be in the corporate world first with home television sets coming years later.

As the IOC prepares the largest 8K UHD production yet, from the Winter Olympics in South Korea, it’s worth asking if this ultra-high resolution format will ever be broadcast wider than the shores of Japan. In short, the answer is negative, but that won’t stop vendors developing a full production chain, just in case.

From South Korea, IOC host broadcast Olympic Broadcast Services is planning to record up to 90 hours of action from the Winter Games. The production, which is led by Japanese public broadcaster NHK, will also be in HDR using the HLG format which is considered more suitable for live/linear transmission since it lacks the tricky to handle dynamic metadata of other HDR formats like HDR10, HDR10+ and Dolby Vision.

NHK began 8K as a science project nearly 20 years ago and was given political backing and finance by the Japanese government who are keen to showcase the country’s tech prowess. That goal was given further impetus when Tokyo was awarded the 2020 Summer Games with which the national broadcast of 8K was brought forward to coincide with.

Japanese kit manufacturers have rounded out the 8K production inventory with systems and handheld 8K cameras (Ikegami, Sharp and Sony), switchers, audio mixers to handle 22 channels, and a Tico codec to compress the data.

Samsung, Sony, Sharp and several Chinese brands plan to launch flagship 8K TV models in 2018 so that by the year end 8K sets will comprise a visible part of the large-screen market for the first time, according to IHS Markit.

The 7680 x 4320 pixel resolution display of the panels are expected to make up about 1% of the 60-inch and larger display market this year and 9% in 2020, according to the Display Long-term Demand Forecast Tracker report by IHS Markit.

ABI Research says consumer take-up of 8K TV may be initiated in South Korea and Japan by Japan’s plans to offer the 2020 Olympics in the standard, but it will be years before the sets hit mainstream consumers; in the interim, the sets are finding a role in digital signage markets.

Indeed, as Futuresource Consulting point out, the marginal gains of 8K over 4K are minimal. It expects broadcaster, where they use 8K, to use it to showcase technical abilities or just for marketing.

“There is very little consumer interest noted to date and the costs of production are astronomical,” notes analyst Tristan Veale.

The estimated cost of an 8K capable single camera set up to record and produce video is around $50,000 – a figure includes the cheapest RED camera but excludes any lenses, a new computer to edit the footage, and an affordable storage solution.

8K is gaining ground as a production format. Disney feature Guardians Of The Galaxy: Vol 2 was shot on a Red 8K camera although mastered at 2K. Finishing systems from SAM, Blackmagic and more already work in the format and Avid has made a version of its DNxHD codec available for editing 8K material.

The arguments for shooting 8K today are similar to those used at the outset of previous resolution upgrades – shoot high and reap the benefit of a better quality picture through post processing (or save it up for the day if and when 8K goes mainstream).

With a IP connection they have the liberty of hosting multiple copies of content to cover whatever format consumers can watch it in. The two way nature of an IP connection means that the end hardware it will be viewed on will identify what the maximum quality of content it can show across all these features. As such we expect to see 8K available on these platforms first, other than the broadcasts from the Olympics in Tokyo.

“The pro AV space is already interested in 8K because of the use cases – large format displays and LED walls for signage, high resolution collaboration displays for viewing spreadsheets and close proximity interactive displays,” says Rob Green, senior marketing manager, at Xilinx. “Gaming is also a driver of high resolution and fast frame rate, so may also look to adopt 8K quicker than TV viewers.

While content is already starting to be created, it’s unlikely many broadcasters will jump straight to 8K because of the same hesitation around 4K.

“8K TVs and phones will appear because they need to constantly upgrade to make money, but how do broadcasters or streamers convince viewers to pay for subscriptions?” says Green. “That said, there are some interesting potential uses of 8K in broadcast to enable windowing of 4K and HD content from large field cameras so you effectively put one 8K camera at the side of the pitch and zoom in to any area of interest. Sports fans might be interested in that. AR and VR viewing is another area where higher resolution may be necessary sooner. As happened with SD to HD and HD to 4K, once the cameras and displays appear, the content demand normally follows - if it’s compelling.”

Even as European consortium 8K SVIP works on ways to broadcasters leapfrog directly from HD to 8K using codecs from IntoPix (the same scheme used by NHK), most observers are sceptical.

Peter Siebert, executive director of the DVB says “I see no appetite for European broadcasters to go to 8K. My personal opinion is that you can only enjoy [the resolution] when you sit close to the TV.”

For viewing full HD to its maximum glory the optimum viewing distance is said to be about 3 times the picture height. For 4K UHD it is recommended to sit 1.5 picture heights away. For 8K UHD you can half that - and who wants to sit that close?

Matthew Goldman, svp, Technology, Media Solutions, Ericsson explains, “For 4K there is a viewing challenge (you need to be within one and a half picture heights from the screen for it to resolve completely). With 8K this distance is halved again, requiring the viewer to be within around three-quarters (0.75) of a picture height in order to resolve the resolution. Even if the display were the entire wall, in most home environments the viewer would not actually see 8K in its full glory! So that’s a really difficult case study to justify the investment to surmount the technical and economic difficulties.”

It’s been argued that many Japanese live in small apartments where such a large screen and limited viewing space will benefit from 8K and perhaps that’s true for some people.

The main application though for 8K outside of Asia anytime soon will be for corporate use in advertising, experiential marketing (and 16K may not even be the limit here) and maybe at some point in the cinema where Samsung’s new LED cinema technology could in theory show 8K or higher resolutions.

Rian Bester, the chief exec of 4K fact-ent content provider Insight TV, says, “With 4K UHD content still relatively scarce and only really starting to drive mass market awareness and adoption now, I simply cannot see 8K on the near horizon. I simply don’t see it as feasible nor desirable in this decade.”